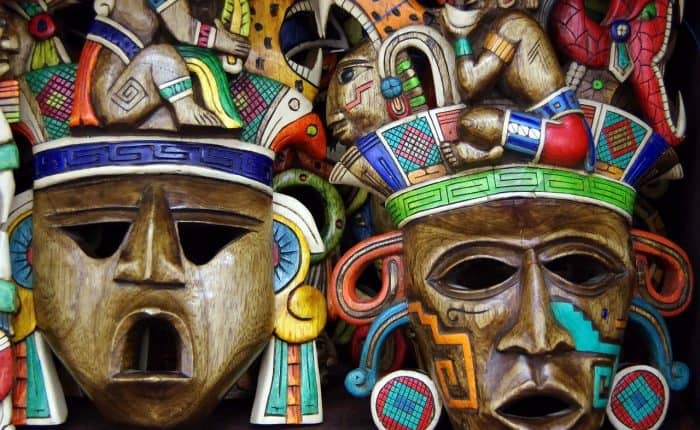 Mexico is one of the most visited countries for lesbian-gay tourists and retirees in Latin America.
The Mexican Secretary of Tourism states that Mexico receives around three and a half million tourists from the LGBTQ community annually. Mexico is only surpassed in Latin America by the cities of Rio de Janeiro and Buenos Aires.

In a statement made by the executive director of LGBTQ Confex, Rubén Sandoval, Mexico has become an increasingly attractive market for the LGBTQ community due to the advances in the recognition of rights, tourism promotion campaigns, and awareness training driven by the Federal government.

The Mexican government has been promoting gay friendly tourism as they see the opportunity to reach persons with high purchasing power, and curiosity to know other cultures and experiences (that’s a direct translation from the government).

According to the Mexican Chamber of Commerce and Tourism, LGBT tourism brings in about 8.5 million persons per year. Thanks to the amazing progress made by the government in promoting equal rights, the number is sure to grow.

The LGBT community from around the world has come to Mexico looking for paradisiacal beaches, a rich and vibrant culture, and an overall cheap cost of travel and living. Here are some of the gay friendliest cities to live in Mexico.

Now, don’t get me wrong. Mexico is still Latin America. Many regions are quite old fashioned in their thinking. This article is focused on LGBTQ cities in Mexico. Not all cities are friendly… so be careful out there!

And Mexico City is enormous… one of the largest cities on the planet with about 24 million residents (the “county” not the urban area).

With large spaces dedicated exclusively to the gay public, such as Zona Rosa, Mexico City has had official campaigns in which they demand respect for sexual diversity from their inhabitants. Rosa is the equivalent of Hillcrest in my San Diego.

Stroll through the colonies of Condesa, Polanco, Juárez and Napoles of the Mexican capital and see the free expression of love of a large number of same-sex couples.

Even though Mexico City is the most gay friendly city in all of Mexico, it is in Guadalajara where more gay people live (a larger population). In recent years the establishments dedicated to the LGBTQ community have multiplied. The historic center of Guadalajara includes a wide range of gastronomic offerings and nightly entertainment, and the proximity to Puerto Vallarta, a coastal city with an active gay population, makes the capital of Jalisco an important gay center.

Although equal marriage is not yet legal in this beach destination, it is one of the sites with a focus on the LGBTQ community. The landscapes of the Pacific are amazing and the weather is amazing (so much better than Mexico City in the summer).

South of Puerto Vallarta you’ll find a nature reserve preferred by the LGBTQ community that is one of the most breathtaking beaches Mexico has to offer. The vibrant nightlife also offers many nightclubs specialized to cater the community.

Cancun offers a beautiful tropical atmosphere with first class hotels and great hospitality. It is the focus of attention of the LGBTQ community because at nightfall, the Boulevard Kukulkan shines, inviting everyone to dance until dawn in bars and exclusive discos that are gay friendly.

Cancun also has offers tours and activities such as dinners, a trip on a yacht or even a Mayan-style gay wedding ritual.

Oaxaca is another of the tourist mecas in Mexico. For the enjoyment of the LGBT community there are hidden beaches and ecological destinations that can be enjoyed both as a romantic escape and a relaxed vacation. The Oaxacan food and mezcal are staples of the state.

Acapulco has an extraordinary beach at the end of Costera Miguel Aleman Avenue. The area is known as Las Piedras and is perfect and very gay friendly. On the other hand, Acapulco’s night scene is one of the best in Mexico and there are numerous gay friendly bars. You can also find tours for the LGBTQ community, the city, historical sites and even the challenging cliffs of the Quebrada.

These are just few of the gay friendly cities in Mexico although there are more to see. Mexico has a lot of hidden gems that are not much advertised like Sayulita, San Cristobal de Las Casas, and much more. The Mexican Government is working hard and succeeding in making Mexico the prime destination for gay tourists around the world.

However, I will say it again. This is Mexico. If you are outside of the gay friendly areas, displays of affection are frowned upon.

For example, I have many gay friends in San Cristobal de Las Casas. They keep their sexuality very private in their hometown. They only let loose when they go into town and are in the safety of a gay friendly establishment.

I hope you enjoyed this article: Gay-Friendly Cities in Mexico. Here are a few more articles on the LGBT scene in Mexico.