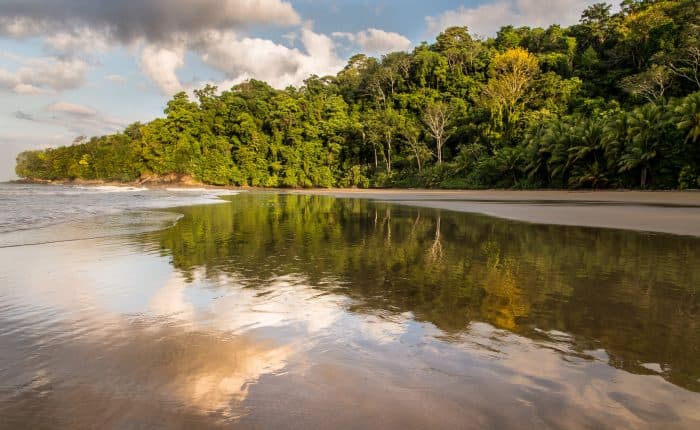 An ever-increasing number of North Americans are choosing to leave their homeland in search of cheaper, greener pastures.  The retirees that are making the move abroad have quoted many reasons for their retirement choice including tax reasons, a lifelong dream, and worry over America’s future, especially after the last near economic collapse. More than half a million retirees have moved out of the States, and the number is growing exponentially every year. Surveys show that most are looking for ways to outlive their nest eggs.

Life in the Caribbean or a Costa Rican mountaintop village is a dream many daring baby boomers have in common. But before you buy your tickets to paradise, make sure are fully aware not just of the upside, but the downside as well. Tax issues, hidden costs and culture shock can turn a dream come true into a nightmare.

Expats face many challenges include a declining dollar, USA taxes and taxes abroad in their destination country, penalties for moving money internationally,  health care benefits and costs, as well as cultural acclimation and it is these very reasons that many baby-boomers have become baby-boomerangs.

In a recent survey by Global Visas, the top five explanations for expats returning to their country of origin by those polled were first financial difficulties 62%,  homesickness 47%, cultural differences 44%, visa expiration 39% and lack of social interaction 27%. (Note, this poll included not just retirees moving abroad by also people moving abroad that we not retiring).

U.S. citizens that have retired or moved abroad are still subject to paying income tax back home and must submit annual returns with the IRS on money earned abroad and in the States, including income withdrawn from retirement accounts.

Although there are procedures in place to claim credit for taxes paid overseas, the process and tax laws in certain countries can complicate the process. Make sure to get expert advice both in the States and your destination country before making the move abroad.

Some Americans are renouncing their citizenship when they leave to avoid tax issues. Although this only represents a small percentage, the number is growing every year. Bloomberg recently reported Americans that who renounced their citizenship in the 2nd quarter of 2013 were six times larger than the number in the 2nd quarter of 2012. This may have long-term drawbacks, for instance needing to return home for medical care.

Watch out for restrictions on transfers to different countries, as well there can also be time delays of a few days to several weeks before you can actually get your hands on the cash or Social Security checks.

Opening a bank account in a foreign country may require paperwork from your existing bank back home, or even require you to open a corporation and have your money funnelled through the company account; again these are things to have worked out before you arrive at your destination.

Other important points to remember are transfer and carry-cash limits; transfers of more than $10,000 must be reported and there have been reports from certain individuals that were carrying cash over the allowed limits when crossing international borders that also had issues — some severe. Make sure you don’t exceed the carry-cash limit.

American retirees who are relocating to a foreign country need to keep a U.S. address to keep their bank accounts open. Some have opted for a local credit card which can help access money when needed but currency exchange and international transaction fees can be pricey.

Not speaking the language of your destination of choice can cause problems as well. In Latin American, many countries have English as a second language and others you will be hard-pressed to find locals that understand you. This makes the simplest of daily chores daunting and limits your ability to acclimate into the local culture.

Processes and bureaucracy can also be challenging as well, for example signing up for a local bank account, getting a local driver’s license, opening a business which in the States are simple and non-time consuming processes but can prove extremely frustrating abroad, especially in underdeveloped countries.

Most expats that have successfully made the transition to another country will be the first to advise you to spend 3 to 6 months living temporarily in your country of choice to get accustomed to what life will be like if you decide to move permanently. They also recommend joining an online community and take the time to do your due diligence to avoid the kind of surprises that could turn you into a baby-boomerang.

I hope you got value from reading: Avoid Becoming a Baby Boomerang after Retiring Abroad. If you would like additional information about migrating to Costa Rica, please contact our office HERE. Here are a few really interesting articles about Costa Rica, and all the fun you can have whether you are contemplating a vacation or as an investment vehicle.

Why You Should be Investing in International Real Estate

10 Things You Should Know About Working in iGaming