This article about buying Vanuatu real estate was written by Richard Butler, current special economic commerce envoy and reappointed for a second term April 2017 to 2019  as a trade commissioner after a 3-year term from 2012 to 2015. Mr Butler has been a Vanuatu real estate developer since 2008.

Richard advises s that Vanuatu has 83 islands, but most development is around the capital of the nation  Port Vila, on Efate Island.

The Republic of Vanuatu is  a tax friendly nation no personal or corporate taxation, no death duties, no capital gains tax, no tax paid on interest earned with banks and no capital  controls

As a commercial or property investor, the Republic of Vanuatu actively encourages your investment. Please allow me to welcome you on behalf of the people and the government of Vanuatu.

Your life experience and investment are being sought out for the development of this South Pacific island nation, which is ideal for relocation, retirement, or a straight forward investment. Vanuatu is an emerging nation that I like to call the “Hub of the South Pacific Island Nations.”

There is no restriction on how much you can invest or how large a development investment you can decide to make. You can apply for permanent residency in Vanuatu with a minimum investment of USD 55,000. This offer includes such investments as a sustainable timber plantation project as a shareholder, or as an investor in tropical agriculture farm, where minimum investments begin at USD 50,000. Other investment options include resort, residential, or commercial property development. Moreover, yes, there are no personal or corporate taxations, no death duties, and no capital gains tax.

There is a valued add tax (VAT) of 15 % on purchases of goods and service as well as a 15-30% import tax; however, exemption of this tax is available for resort projects that have a nation-building effect.

A detailed 2005 report by the World Bank encouraged the Republic of Vanuatu to develop a national strata act to encourage investors worldwide to invest with confidence in Vanuatu through titled land ownership. The government of Vanuatu also wanted to encourage developers to develop tourism and agriculture endeavours in Vanuatu. These are the two largest sectors of GDP in Vanuatu.

The Strata Act allows interested investors from around the world to have the security of title in their investment. The continuity of title is assured, allowing investors to resell or transfer the property to another.

This strata lease is different from the real estate lease, which has a 75-year term. A vast majority of leases are re-signed for a further 75 years with land rental adjustments when terms expire.

There are no provisions for Freehold land in Vanuatu. Property cannot be purchased outright, being technically owned either by the government or a custom owner. As with most Pacific Nations, however, land can be leased.

In Vanuatu, these leases are mainly for 75 years (which just so happens to be the life of a Coconut tree). A small annual rent is applicable and is typically several hundred US dollars per year. Leases are renewable before or at the end of the term, on the following bases: 10% of the unimproved value, as estimated by the government valuation department. At this time, the annual rent will be negotiated for the term of the lease, on the same basis. These rules apply to everyone regardless of background.

Permanent residency options are available, including retiree and investor residency programs. An Investor Residency can last up to 15 years, depending on the investment.

Although citizenship is typically applied for after ten years of residence in Vanuatu, in early 2017 the government introduced new methods for investors to obtain citizenship and Vanuatu passport.

An investor can purchase into an approved resort /residential development such as www.pacifichavenresort.com. The investment range is a minimum of USD 250,000 to US 450,000. For an additional $160,000 investment, you will receive a passport and citizenship, of course, subject to specific qualifications, such as good standing with your local police, Interpol report and relative health, a supporting income from outside Vanuatu from such sources as rental returns, employment, or shareholding income.

An investor can obtain a passport and citizenship for both himself, a spouse, and two children under 18 years old, through a Vanuatu approved native citizen migration agent, for a cost of USD 220,000. There are provisions for a further reduced price for adults such as grandparents.

We can provide this service as well as the services of temporary visa, work visa, company formation, business setup and consulting, Vipa business licensing, family trusts, the establishment of a bank account, and management of your Vanuatu company on a nominee basis.

More on Real Estate in Vanuatu

French influence is strong in Vanuatu, which won independence from Britain and France in 1980. As you arrive at the airport, there are signs in English and French, as in Quebec. As you go towards the central bank, you go past Avenue Charles de Gaulle which leads into Winston Churchill Street.

The “Ni Vanuatu” are charming, known as Ni Vans and are  Melanesians. The language, Bislama, is pidgin French and English, entirely phonetic – “smol bisnis senta” means small business centre. There is a beautiful yacht harbour and great French restaurants. Many French people choose to retire in Vanuatu from New Caledonia. Vanuatu is inexpensive if you are from a western country, and very hospitable to foreigners.

The coastline is beautiful, and Vanuatu has Champaign Beach on the Northern Island of Santos, known as one of the best in the Pacific and a popular docking point for many cruise ships.

Property prices have been steadily increasing over the years. The buoyancy in the market has been retained for several reasons: Chinese moving offshore, Australians and New Zealanders pulling out of their over-regulated countries, and the perception by investors that the Vanuatu Government genuinely wishes to attract foreign investment, particularly in tourism.

No land in Vanuatu is freehold. Leases up to 50 years for residential lots (75 for commercial ones) are available. There are no restrictions on foreign ownership of property, other than land.

Yields are moderate to high in Vanuatu.

A $200,000,100 sq. m. A property might rent from around $1,500 to 2,000 per month. Many luxury waterfront properties are now renting to holidaymakers. Rental yields for larger properties, which are in demand with the international companies requiring them for staff, are from $1,000 to $3,500 a month.

Property transactions can be settled in several currencies, USD and including the Vanuatu Vatu (VUV).

Rental income tax is moderate in Vanuatu at 12.5%

Rental Income: Rental income from leasing property is taxed at a flat 12.5%.

Capital Gains: There is no capital gains tax.

Inheritance: There are no inheritance taxes in Vanuatu.

Residents: Rental income from leasing property is taxed at a flat 12.5%.

The round-trip transaction costs, i.e., the total cost of buying and selling a property, are 2% for stamp duty and 5% for government registration fees.

Other costs include lease transfer and the solicitor’s fees, plus 12.5% VAT on new land estates, if excluded from the developer’s price sheet.

Rental Income: Rental income from leasing property is taxed at a flat 12.5%, which is added on to the tourist bill when checking out in hotels and resorts.

When selling, a 5% real estate agent’s commission is standard.

There is no landlord-tenant law in Vanuatu. So landlord and tenant relations are governed entirely by the contract and can be freely agreed upon.

Volcanoes, Hurricanes and the Economy

Vanuatu, an archipelago of approximately 83 islands, is situated in the South-Western Pacific Ocean. Since independence in 1980, Vanuatu’s local tourism industry has flourished, providing experiences not found elsewhere in the world.

The Pentecost Land Dive and the Toka Ceremony on Tanna island draw visitors from all over the world. Scuba diving is important. Vanuatu also has a significant offshore financial centre.

However, real GDP per capita had been stagnant through the 80s and 90s, with changes from the membership to the World Trade Organization 156th membership, infrastructure development is now booming. About three-quarters of the country’s population of approximately 280,000 live in rural areas and practice subsistence agriculture, and their numbers are fast-growing.

Most of Vanuatu’s 83 islands are inhabited. Some have active volcanoes; tropical rainforests cover others. The climate varies considerably from tropical to subtropical according to exposure to trade winds and elevation.

Vanuatu is in the south Pacific part of Oceania, prone to earthquakes, tidal waves and hurricanes as are most countries of the South Pacific Rim, from Japan to New Zealand. House building now requires cyclone engineering to be a part of the construction process, to guard against such natural disasters.

All Actions
All Types
Vanuatu
All Cities
Default
11
Efate, Vanuatu 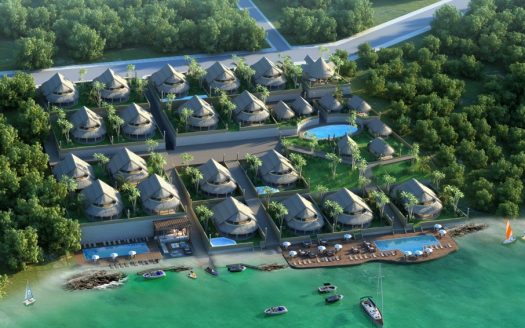 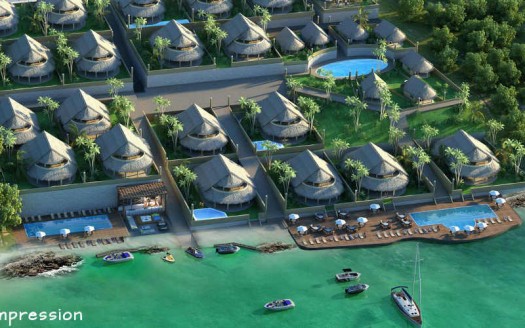