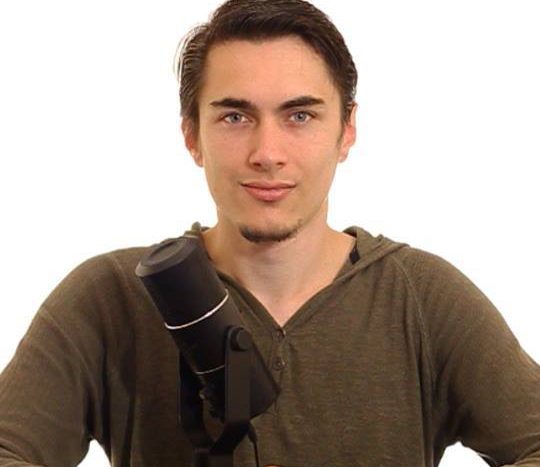 Do you remember the first time you logged onto a real estate listing website? How about when you booked a hotel or flight online? It was pretty obvious, by then, that technology was changing the game, but few really understood the extent to which it could. Sure, the internet made it easier to advertise properties far and wide, and international travel is getting cheaper and easier all the time, but is that the extent of it? It might seem so, as long as we only focus on the tools themselves, but there’s a lot more going on that’s not as immediately visible. These tools are affecting the people who use them – changing the way they think and the way they see the world around them. And how millennials view real estate….

As a child of the digital age, I’m here to testify on behalf of my generation that we aren’t just equipped with better tools, we’re a whole new breed of buyers – and we don’t think like our predecessors. My peers and I have been growing up in a world that never existed before. A disconnected observer might only see “kids these days” with their eyes glued to phone screens, but those of us that grew up alongside these evolving systems see an entire second plane of existence – parallel to the physical. Within this alternate dimension, we’re provided with immediate answers to all of our questions and instant gratification whenever desired. Our individual minds have been networked together in webs of continuous social interaction. Depending on our mood, we can mingle with a diverse cast of characters to challenge our beliefs, or we can retreat into ideological echo chambers to reinforce them.

Sure, this is all fantastic and of course the way people learn and communicate is changing with the times, but what does any of this have to do with land or houses or any other sort of property in a physical reality? After all, people will always need physical places to live and work, so how could technology have any serious impact on supply or demand in the marketplace? The answer to this lies in one major difference that’s found in young people today that wasn’t nearly as prevalent before. The shortest way of expressing it might be to say that we’re pursuing experiences much more than the acquisition of property. While our parents and grandparents sought to buy land, houses, and cars, my generation lives mostly in cities, rents modest housing, and gets around by way of public transit and ride services like Uber and Lyft. We just want to experience people, places, and things, and we tend not to care about exclusive possession of them. In other words, we want access, not ownership. We often prefer to share an experience with a thousand other people than keep it all to ourselves. We’d rather spend years living temporarily in different interesting locales than buy a single house of our own. We’d rather pay an infinite series of small fares or lease payments than buy a car that depreciates and incurs maintenance costs. We also want the freedom to upgrade regularly as new and better options become available. For many of my peers, their smartphone is their most important possession, and even that is something they want to trade in every other year for a newer model. While generations past saw real estate as an asset worth owning, we tend to see it as a sort of liability – a trap to be avoided. It could be said that this is because we value our time and freedom more than we value security. While our parents saw their house as an asset, we see it as a black hole that sucks up our money as well as an anchor that comes with responsibilities and requires care and attention.

It might seem that millennials are short-sighted and foolish, and many of them definitely are, but I think most of my peers would see it a bit differently. Take me, for example. I quit my job, sold all my stuff, and left Canada in 2013 in order to move to Chile. I was lured by an advertisement I saw on YouTube for a new community development that was supposed to be specifically geared towards people like me that value personal responsibility, economic productivity, and other such virtues derived from rational self interest. I honestly didn’t care where it was, geographically speaking. I wasn’t moving because of the land that was for sale, I was moving for the other people that were supposed to be there. To me, it represented a hotbed of potential mentors, investors, collaborators, and friends. I saw it very much as an investment in my own development, and not as the whimsical outburst of wanderlust that it might have looked like to someone else.

My peers and I have been getting wise to the scam of university degrees and student debt. We don’t want to be shackled to mortgages or any other such obligations that get in the way of our quests for personal growth and experience. It’s still a sort of investing, but it’s investment in ourselves rather than in physical possessions. We know that we’re fragile creatures and that life is blindingly short. We’ve watched our parents and grandparents spend the majority of their lives working to pay for their possessions, only to enjoy a few senior years at the end of the game before dying and leaving all those possessions behind. Frankly, the model of life that was demonstrated to us is entirely unacceptable, and we’re rejecting it en masse. We’d rather visit a hundred castles and die broke than work for decades just to eventually buy one of our own to leave behind.

Opinions about this shift will vary, but at the end of it all, we really just need to understand how to adapt so that we can all continue making intelligent decisions based on the new reality. So where is this all headed? What will grow in demand and what will fade away as this trend continues? Well, if I extrapolate the trend deep into the future, it leads me to something resembling The Matrix, where most people choose to live their lives in virtual reality, so for them, real estate needs will only consist of their coffin-sized interface pod… but obviously that’s still pretty far off and we still have a long transitional phase to consider in the meantime. Knowing what I know about my peers, I’m comfortable in asserting that unique hotels, resorts, tourist attractions, and intentional communities will grow in popularity while the white picket fences of suburbia start to rot.

More and more people are thinking and reaching beyond the borders of their countries of origin. The idea of being locked down to a single home is losing its appeal, and as time marches on, all forms of real estate will be thought of more and more as being destinations. No matter what sort of destination we develop, the successful ones will be the ones that stand out on social media and make people want to take selfies at them. Residential destinations, on the other hand, will have to offer even more in order to be “sticky.” They’ll have to not only attract people, but offer them a source of recurring value to retain them. Besides the attractive amenities and creature comforts, a community’s stickiness comes down to the culture. Scenery, architecture, weather, and convenience are all well and good, but at the end of the day, it’s the people that matter most. Whether it’s conscious or not, most people are constantly trying to find their tribe – those people that we don’t have to explain ourselves to or walk on eggshells around. We want to feel comfortable around our neighbors and know that if we need a helping hand, there are always plenty of them around us.

Three friends and I started developing an intentional community for entrepreneurs, and we’re constantly reminded of just how important our members are. Our land could be trashed by an earthquake and we’d be able to rebuild and persevere, but without the fantastic people we’ve gathered, we’d be dead in the water no matter what property we had to work with. In the years to come, I expect to be involved in many more projects like this, and it’s my sincerest hope that our work can serve as a good example for others to emulate elsewhere. I eagerly look forward to the day when I can wander the globe and explore all the different variations on this idea – and most of all, I look forward to meeting and getting to know the developers behind them. 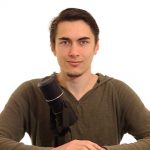 -Gabriel Scheare is a
Canadian expat living in Chile.
He is a co-founder of the Fort Galt project.