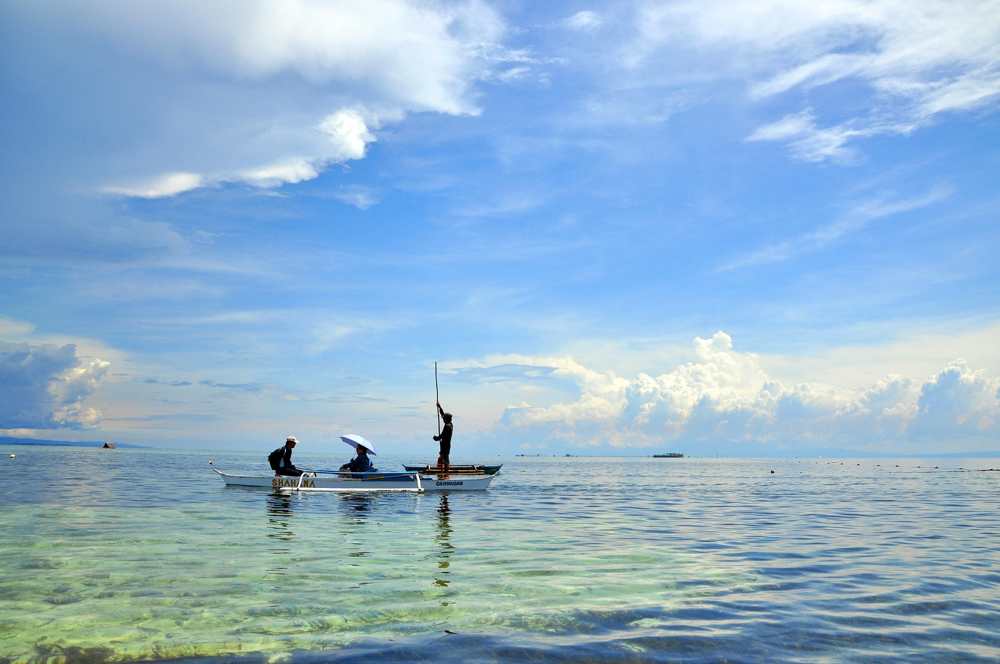 The Republic of the Philippines is an archipelago and sovereign state consisting of 7,641 distinct islands located in the western Pacific Ocean, near mainland Southeast Asia. It was a Spanish colony for over 300 years until governing authority was passed to the United States in 1898; it was finally granted full independence in 1946. Today, its government is a democratic, constitutional republic with a president elected by popular vote as head of state. It is now considered a “newly industrialized” country, as its economy transitions from a focus on agriculture to services and manufacturing. Its unit of currency is the Philippine peso.

The Philippines’ many islands are divided into three main geographical regions: Luzon, Visayas, and Mindanao. These are further subdivided into administrative regions, provinces, cities, municipalities, and barangays. Its capital city is Manila, but its most populous city is Quezon City, which together with 14 other cities form the Metro Manila area – the 11th most populous metropolitan area in the world. The country has both Filipino (a standardized form of Tagalog) and English as its official languages, but also recognizes 30 other regional languages and about 150 dialects that are spoken in different parts of the country. Although nominally a secular state, the Philippines is predominantly Catholic, with over 90% of its population adhering to the faith. A small percentage of the population is Christian Protestant, with some adherents to Islam, Buddhism, and Philippine traditional religions.

Culturally, the Philippines has been shaped by a combination of Spanish, American, and Malay/Polynesian influences. Spanish names and colonial-style architecture persist throughout the country to this day, and pop culture imports include Latin-American telenovelas, anime, and Hollywood movies. The country’s most popular sports include basketball, boxing, football (soccer), and various martial arts.

Rice is a staple food, with the national cuisine favoring robust flavors using such local ingredients as calamansi (a type of citrus), coconuts, mangoes, soy sauce, fish sauce, and seafood. Unlike in many other Asian countries, Filipinos use forks and spoons or eat with their hands, rather than utilizing chopsticks.

The Philippine islands host a number of active volcanoes and experience frequent seismic activity, though the country’s numerous earthquakes are generally minor and non-disruptive to everyday life. It is considered a “megadiverse” country, due to the thousands of plant and animal species inhabiting its mountains, rainforests, beaches, and coastal shorelines. The Philippines recognizes three distinct seasons: the hot dry season, the rainy season, and the cool dry season. Due to its consistent year-round warmth, the Philippines is a popular tourist destination for beachgoers and wilderness explorers alike.

Visas Options in the Philippines

Luckily for the adventurous spirits out there, there are some easy and convenient methods through which to obtain visas to live abroad in the Philippines.

Retiring in the Philippines

Those looking to retire abroad in the Philippines will need to apply for a Special Resident Retiree Visa.

To qualify, you’ll need to:

Investing Abroad in the Philippines

If you’re looking to receive residency through investment in the Philippines, you’ll need to apply for a Special Investor’s Resident Visa (SIRV).

The Special Investor’s Resident Visa is granted to foreign nationals who are willing to invest a minimum of $75,000 USD into Filipino business operations. Approved entities include companies involved in manufacturing and and services, those in the Investment Priorities Plan (see below), or publicly-listed corporations.

This permit grants you legal residency in the Philippines, and allows you to bring a spouse and any unmarried dependent children (under 21 years of age) to the country with you.

Investment Priorities Plan (IPP): The IPP is an annual government plan that focuses on important sectors for investment and growth in the country. The company types that fall under the approved category for the Special Investor’s Resident Visa fluctuate from year to year. Make sure you always check for the most recent plan when deciding on an investment route.

Learn More About the Philippines:

Tyler Sorce Nov 17, 2017
Moving abroad to the Philippines is a great idea for those who love diverse culture, delicious food, a low cost of…

owning land in the philippines

Why Invest in the Philippines?

Expat Guide to Retiring in the Philippines

Tyler Sorce Nov 17, 2017
Your Golden Years are a time to kick back and enjoy the important things. You’ve worked for many years, allowing…

Retirement in the Philippines

Retiree Associations in the Philippines

Jeff Caceres Sep 8, 2017
If you are an eSports player and would like to travel abroad for overseas tournaments, this article is for you. For…

Getting Around in the Philippines

The Job Market in the Philippines

Volunteering in the Philippines