Top 6 Reasons Why You Need A Second Passport - Escape Artist 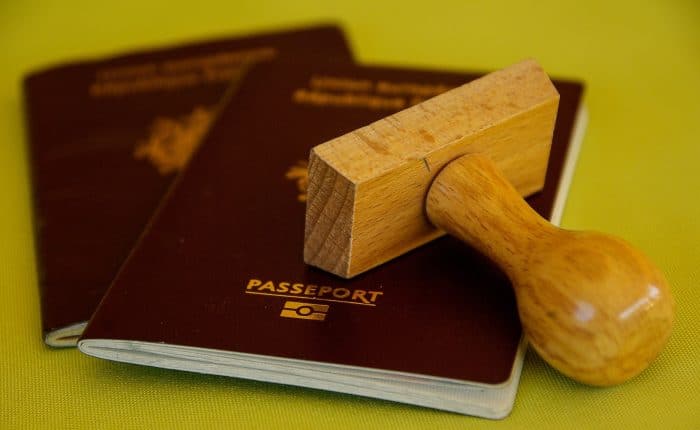 Why You Need a Second Passport

Take your bank accounts for example. You don’t keep all your assets in one bank, you prefer to split them. Why do you do so? For security, right? The same logic applies to having just one passport.

An Indian passport also makes it tough to apply for residency in other countries like Panama. If you have a low ranking passport you might read on how to gain residency in Panama from a restricted country.

For instance, the government of your country might revoke your passport or take your money (think Greece) for any reason whatsoever. What would you do then? Live like a political prisoner in your own country?

Most people don’t realize it, but the US cancels the passports of Americans living abroad every day. Owe child support or haven’t paid your taxes? Your passport can be cancelled. If you only have one passport it can be a weapon to be used against you.

Without a second passport in hand, you will have no valid travel document and will be forcibly returned to the US. Again, I reiterate, this happens every day… it’s not limited to the cases that make the news like Edward Snowden.

Here’s why having a second passport is a smart call today:

A second passport allows you to “internationalize” your life and your assets. You can open accounts, hold gold, conduct business, and live your life as a citizen of Dominica, Portugal, Cyprus, etc.

Internationalizing is all about diversification. Sure, you can plant a few flags offshore with a corporation, Foundation or Trust, and a bank account. But, to truly be a citizen of the world, you need a second passport.

“Because I’m as free as a bird now, and this bird you cannot change,” Lynyrd Skynyrd

Going back to the Indian passport with only 58 visa-free countries, most of these places no one wants to visit. By comparison, a US passport, which has 185 visa-free countries, you can go to almost any country you want (baring the many many covid restrictions for Americans right now). A Cyprus has 174 and Dominica has 140.

So, one of the major benefits of a second passport is that it allows more travel visa-free. Applying for a visa, the procedure, waiting for its approval is all a very lengthy process. You can skip it all with a second passport.

Governments have different approaches to foreign relations. Foreign policy can offset your ability to travel, bank, and invest. If you happen to fall under the citizenship of any of those countries then having a second passport will open many doors.

And this foreign policy issue applies to countries at all levels of the economic spectrum. For example, the US policy of attacking foreign bankers and turning them into unpaid IRS agents has made it impossible for American’s to open accounts and do business at about 95% of the offshore banks.

Sometimes there are emergency situations in a country such as war, economic sanctions, the collapse of the currency, etc. There could be a compulsory pressure from the government to join the army or politically motivated arrests. The government has the right to revoke the citizenship and passport of its citizens for any reason. Political diversification that comes from a second passport is even more important in times of strife.

Reason #5: You Have a Second Home

Having a second passport means you don’t have to live like a refugee. You have a second home. It gives you an option that would allow you to live legally and work. If any unforeseen circumstances arise, or you are just bored with your first home, well you have a second one!

If you live in a high tax country, taxes could be the biggest reason to get a second passport. If your country of residence takes most of your income, move to a tax-free passport. A second passport allows you to opt-out of the tax regime and live a freer life with less government interference.

Ultimately you need to know the best country to pick a second passport and exactly how to do it. Your goals should be minimizing your taxes and maximizing your options and security.

If you are looking for a shortcut to a second passport and have money to invest please fill in the form here.

HERE is a great article I wrote on Libertarianism and Financial Agency, Enjoy!

9 Reasons Why Millennials Are Choosing To Become Expats