The Why and How of Retiring in Chile - Escape Artist 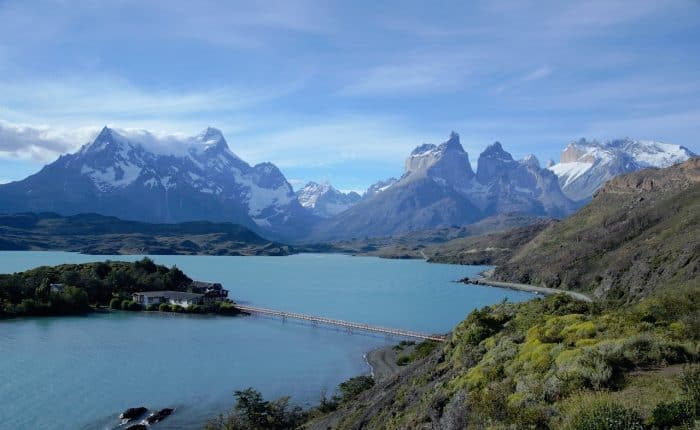 Chile offers first-world living at a much lower cost than most first-world countries. That’s always a big factor in the decision to relocate, but it’s also a country that offers Latin America’s highest standard of living. This means the water is drinkable, WiFi is fast and reliable, and transportation and highways are modern. Chile is even part of the U.S. Visa Waiver Program, in which Chileans can enter the United States without a visa. This means that Chile’s people live under such a good economy that they don’t try to escape to the United States. Here are some of the reasons why Chile makes for a great retirement destination:

Chile isn’t known for being super cheap, but it is reasonable, and most likely cheaper than what you’re used to if you’re coming from the United States. As far as affordability in relation to other Latin American countries, it’s cheaper than some and not as cheap as others – it just depends on your options. The average rent for a one-bedroom apartment is just under $400 per month. For a three bedroom, the average rent falls at around $550 to $650 per month. If you’d rather buy, you’ll be glad to know that there are no restrictions on foreign property ownership in Chile. Prepare to pay $180 per square foot for an apartment in the city-center, and closer to $123 square foot a little outside of the city-center. It’s probably safe to say that you can live a comfortable retirement in Chile for under $1,000 per month.

Chile runs over 2,600 miles from one end to the other, and is located right along the edge of South America and on the South Pacific Ocean. The Andes are on one side of the border while the ocean is on the other. This means that Chile boasts beautiful beach towns as well as stunning mountain towns. What makes this even better is that the seasons in Chile are reversed from those in the United States, so when it’s summer in one place, it’s winter in the other. This means you can technically avoid your least favorite season if you’d like to have a home in Chile in which to escape at any particular time of the year.

Along with having the strongest economy in Latin America, Chile is also the least corrupt. Poverty is low, and that makes for a low crime rate as well. That’s part of the reason why expats from the U.S. and Canada love this country so much. In fact, according to Transparency International’s study in 2014, Chile is in the “clean” category, right up there with the United States.

According to the World Health Organization, Chile has one of the best healthcare systems in the world. It is comparable to that of Europe and the United States. There are two tiers – the private sector and the public sector, and expats retirees in Chile can rest assured that they’ll get great care in both.  Most physicians speak English, and all of your medications should be available to you there, with most pharmacies being open 24 hours a day. Some medications that require a prescription in other countries may even be available over the counter in Chile. All of your healthcare needs should be met easily in this country.

So, what’s the process?

If you want to retire to Chile, first make sure you’ve visited and grown familiar enough with it that you know where you’d like to live and where you’d be happiest. You can do this with a tourist visa, which will allow you to stay in Chile for three months. It can be renewed indefinitely and you can even buy property with this visa. If you only plan on staying here a couple months out of the year, the tourist visa is probably for you.

Otherwise, you’ll want to apply for the retirement visa. It usually requires that you can prove that you bring in enough income to support yourself in the city that you’ve chosen. Applicants should aim for the $1,000 per month salary, and an extra $1,000 per month per dependent, if anyone is moving with you. That salary can come in the way of pension payments, social security, stock, dividends, etc.

So, while Chile isn’t the cheapest country in Latin America, it still has plenty to offer an expat looking for a first-world retirement abroad at a more affordable rate than that of his/her country of origin.

I hope you enjoyed reading this article: The Why and How of Retiring in Chile. If you have any questions, please contact our office HERE.

Here are a few articles I hope you will enjoy on Chile!

How to Work in Chile