Sex In The City: Dubai Style - New Years Eve In The Middle East

Sex In The City: Dubai Style 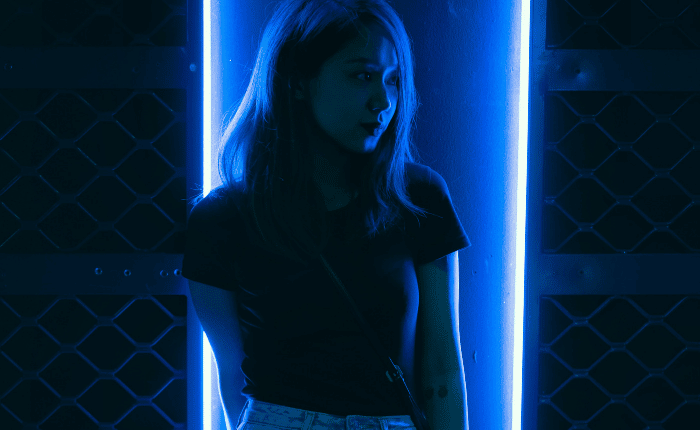 Sex In The City: Dubai Style

Dubai remains a bastion of ‘liberalism’ here in the Middle East; the place is hated by ultra-conservatives (of which there are but a few) but flocked to by increasing numbers of foreigners—including Americans. Perhaps what happened on New Year’s Eve is one of the reasons.

While my Syrian, Canadian, and Iranian friends and I spent a quiet evening at Dunkin’ Donuts (sad, isn’t it?), we could have paid upwards of $175 to attend any number of celebrations. One of the biggest parties happened on Palm Island, a massive construction project of the government. They have built entire islands that feature dozens of resorts and planned communities. The Palm Island New Year’s Eve party saw revelers walking around the beaches, in some cases topless, drinking champagne from bottles, and, more tellingly, dancing naked.

Some may say, ‘well big deal, it was New Year’s Eve’; others are probably shaking heads rather moralistically. Goodness, naked women, and drunkards. But what’s interesting is that it happened here, in the most conservative part of the Islamic world, the Gulf.

Neighboring Saudi Arabia, remember, lashes women (even Westerners) who show a thigh. Dubai can get away with cross-dressing parties and wild partying shows that perhaps they are preparing for the future. How so?

While there was plenty of party-mania to go around on the 31st—with the exception of our get together at Dunkin’ Donuts—some of the wilder stuff occurred on Palm Island, technically offshore: the same place where the leaders are considering allowing gambling (remind you of anyplace, Nebraskans?)

“It’s a test,” predicts my Iranian friend Babak. “They see the future as business and tourism. The leaders want to make Dubai the party town of the Middle East.” And he’s right. It’s already the prostitution capital of the Middle East. Brazen Russians in short skirts and halter-tops frequently solicit right on the street. There are thousands of girls who have come from the former Soviet republics and Eastern Europe to ‘work’.

Then there are the fun-loving girls who fly out from Europe (and the States) to hook up with affluent guys.

Magazines here have even published interviews with British women who say they come out for sun, fun, and sex. You’d think this would be good news for all the men here, and it is for those with lots of cash but single guys like my Canadian friend Joe don’t fare as well. His is a teacher’s income. This gets you a date with a Bangladeshi housemaid if you are lucky.

Ironically, single friends of mine of both sexes make the same complaint: finding a decent partner of the opposite sex is nearly impossible. My Dutch friend Saskia says, “Men want only one thing: sex. My male friends all complain that women only want one thing: a guy with lots of spare change. Yes, the West has arrived.

So what happens? The guys with the bucks get a large share of the women. Of course, guys like Ahmed, a local friend of mine, say that they give equal time to both Western and Arab women. “Lebanese are the best, though” he says. “They know how to treat a man.”  I didn’t ask him to elaborate. What I do understand from Babak is that Lebanese women are ‘high maintenance’. You have to spend a lot. Filipinos, in contrast, are cheap dates.

What’s interesting—and a little irritating—is that a lot of local guys have no problem with being married and having girlfriends on the side (not an attitude restricted only to local guys). Local women, on the other hand, are not even allowed to chat on the telephone with a man outside the family. Very double standard, to my way of thinking.

Where do people meet? Pretty much the same as in America. The only difference is that here, it seems, everyone is on the prowl 24/7, both men and women. Every Friday evening there is an outdoor jazz concert in one park. The music is good and the scene is ‘happening’, but it’s one big ‘pick up’ joint. When my friend Khalil goes there, he gives away about a half dozen business cards.

Which is how contacts are made for the most part. When I first came to Dubai, I heard from my friend Matt how local Arab men ‘meet’ Arab women.

“They congregate in the shopping centers. When they see a girl they like, they’ll drop a business card on the floor and walk away. The girl will pick it up.”

Some guys aren’t content to take the chance. Stories abound of women out driving, only to have a car pull up alongside, a window come down, and a cell phone thrown into their car. Other men go the extra mile. Saskia was driving home late one night when a dishdasha-clad driver actually cut her off, forcing her to pull over. “He jumped out of the car, came over and introduced himself, and asked me to go to a party!” she says. “He said he needed a western girlfriend to accompany him to the party and said he’d even pay.”

When it comes to dating, this city is a mini-United Nations. Iranians dating Brits Filipinos dating Brazilians Canadians dating Palestinians. Everyone is having fun here trying to avoid the insanity of the region. Some of us, however, just hang out at places like Dunkin’ Donuts. How sad.

Night Of The Belly Dancer

While huge numbers of Dubai’s resident expatriate population hit the zillions of multi-ethnic restaurants and ‘cool’ Western-style bars in the evening, not too many of them go to the Arabic cafes. For one thing, these restaurants don’t kick into high gear until after 10 pm. Also, traditional Arabic music plays a large part of the experience and if you don’t understand Arabic, the songs all sound the same: somewhat dissonant, the pitch of the singer’s voice rising and falling like a roller coaster.

Last night I went with my friend George, a Syrian Christian, to one such restaurant, located in the depths of a palatial Holiday Inn. We had been planning to avail ourselves of the fine cuisine at Hardee’s, but one of his friends invited him and me to join a little party in progress and witness some belly dancing.

Like most Arabic late-night restaurants, the place was quite dimly lit, soft lighting barely illuminating the stucco walls from which rounded protrusions extended, making me feel like I was walking into the interior of a cave. But the tables were elegantly set, the waiters in suits and high-tech theatrical lighting fixtures hung from the ceiling in front of a tiny stage. Five musicians sat resting as we entered, holding an array of strange-looking instruments.

One thirty-something musician held an oud, which is a half-pear-shaped string instrument held rather like a guitar. Beside him was a man cradling a tablah, a small hand drum. Just so that there would be enough percussion, another musician had his taar, a frame drum that looks like a huge tambourine. There was also a keyboard. I didn’t see what else there was because an older local man dressed in his crisp white dishdasha—the only guy in the restaurant so garbed—was waving George and me over to his table. Beside him was a lovely though a slightly chunky blond woman, whom I took to be Russian. Another less attractive woman sat opposite her. Also at the table were two Syrian businessmen, cheerful fellows in their late thirties who were our hosts for the evening.

Not Sure What To Think

I was a bit overwhelmed as we sat down. In true Arabic fashion, all manner of dishes were spread across the table: finger bowls of hummus, olives, salads, sliced meats, and caviar. At my end of the table stood a bottle of whiskey, and wine was chilling in a bucket. I felt the financial alarms ringing.

“I thought this was just going to be some belly dancing,” I whispered to George. As the musicians started playing, George said, “Salim’s paying. Remember, he owns a gold shop.”

The belly dancer came out, a gorgeous Lebanese woman with flowing black hair, exotic eyes, and, well, not a lot of clothes. She danced across the floor, shimmying and swaying, smiling all the while. Her crimson-colored bikini bottoms were veiled by tassels that were flung wildly by the girl’s wiggling. At one point, the man with the taar descended a step onto the dance floor, beating his drum with heavy strokes. The girl produced a short cane and proceeded to dazzle the audience by laying it across her breasts—where it magically stayed.

Where The Tradition Comes From

Now for a quick interruption while I give some background on belly dancing, which is shrouded in myth. For one thing, the term ‘belly dancing’ was coined by Sol Bloom, an exhibitor at the 1893 Chicago World’s Fair. His exhibit was entitled The Streets of Cairo, and he needed to attract customers.

Middle Eastern women have always danced, but primarily for their own entertainment, for the most part, at festivals, wedding celebrations, and the like. It was also a way of helping women prepare abdominal muscles for labor. Incidentally, the word ‘harem’ comes from the Arabic word ‘haram’, which means ‘forbidden’. Men were not allowed into the parts of the houses in which the womenfolk lived.

So why was this young woman flitting about the dance floor and moving her hips at warp speed? Because European colonial powers, and later Hollywood and Sol Bloom, created the image, and tourists to the Middle East want to see ‘belly dancers’. The west solidified the image of the scantily clad harem girl with a gem in her navel (another Hollywood invention).

The woman danced for twenty minutes or so and took a well-earned break. The band continued to play, and as the wine flowed, a few couples wandered onto the dance floor, one young woman in Levis doing imitations of the belly dancer. The crowd was happy; arms were undulating in the air like crazed cobras (I’ve noticed enthusiastic Arabs do this). The old guy in the dishdasha kissed his Russian ‘girlfriend’, and I saw the tiny golden cross hanging around her neck. I drank another glass of wine while thinking of tassels.

Excerpted from “Sex In The City: Dubai Style” in Escape From America Magazine, Issue 58.

For more information on moving overseas, please check out The Expat Money Show with Mikkel Thorup

I hope you enjoyed reading this article: Sex In The City: Dubai Style. If you have any questions, please contact our office HERE.

20 Reasons Not To Move To Dubai (In No Particular Order)

What To Do In Dubai

What Happens to Your IRA when you give up US Citizenship / Expatriate?

Building and Dealing with Contractors – Part 2

How to Expatriate from the United States

Retiring in Switzerland, a Wealthy Nation