How We Chose Our Expat Destination, Part 2 - Escape Artist

How We Chose Our Expat Destination, Part 2 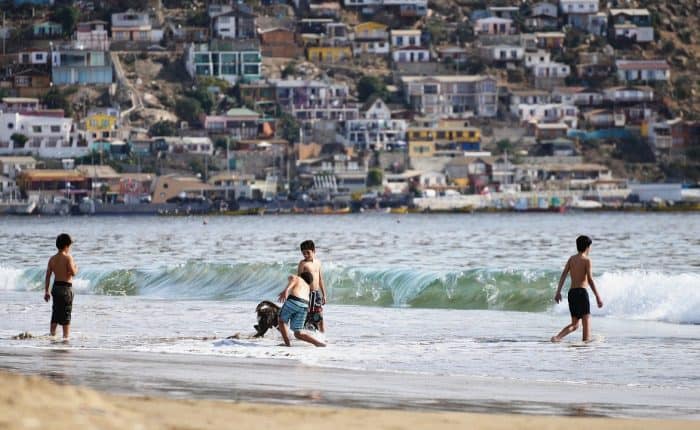 Our process of elimination proceeded as follows:

The Bay Islands are quite nice, but they are a part of Honduras. Honduras, as we saw it, was a corrupt, and economically poor country. We did not like the idea of being restricted to a couple of islands, either. Also, the Bay Islands have hurricanes and the only way to escape one of those, if they are headed in your direction, is to leave the islands. Coming down with a case of island fever was not on our list of priorities either.

Belize uses English as their official language, which was a plus, but our research told us that if you leave your home unoccupied for any length of time without someone such as a full-time caretaker who lives there to protect it, you might have problems. Additionally, Belize is a fairly expensive country and the mosquitoes and sand flies can be quite thick and a very real nuisance. Also, when we read that we should not listen to those who want to take us to a witch doctor to treat that snakebite, we were done with Belize. Please keep in mind these are only OUR perceptions and we did not ever travel to Belize. We always stress the importance of finding out for oneself what is the best for you.

Costa Rica had and probably still DOES have potential, so it survived our first round of cuts. We will leave Costa Rica for a bit later. It is a very nice location.

Panama, ditto on the above, it has fine potential. Panama made it to our final round as well.

The Dominican Republic was fairly high on our list at first. We think that is because of the Humpback Whales that visit there and calf each winter. What a joy that must be to look forward to every year! We have read and continue to read the monthly newsletters by John Schroder and there are many aspects of the D.R. that appealed to us. We ruled out the D.R. due to population density and the serious economic challenges they were undergoing. We also were not very keen on having our electricity going out on a regular basis and there are growing reports on increasing crime and safety issues so we grudgingly put a line through the D.R. and moved on.

New Zealand has always seemed like a wonderful place for us to live. In many ways, New Zealand fit the bill for us. One of the things we did not particularly relish was that, in a sense New Zealand is really two large islands and is quite far removed from any other large landmasses. We would have probably looked past that except for two other problems. The first one was that the New Zealand dollar has almost doubled in value against the US dollar. That would make everything a lot more expensive for us. The second major problem was that due to our respective ages and other extenuating circumstances, we did not think we qualified for residency in New Zealand. There was also that snakes, sharks, spiders and crocodiles issue.

Canada had a very strong appeal to us. It has magnificent natural beauty, wide open spaces and a generally quite friendly and well-educated population. The language spoken is familiar (discounting Quebec….), as well as many of their customs and ideals. Canada was fairly close to our original home and moving would not be much of an ordeal. One of the big problems, from our perspective was that Canada WAS too “close-to-home.” So much of what is happening in the USA is mirrored in Canada and let’s face it, Canada is NOT a very warm climate, come winter, something we had all become a bit tired of, while living in the mountains of Lake Tahoe, CA. Also, while we felt we probably had a good shot of getting Residency visas, it was not a sure thing. Our gut feeling said that Canada was headed for some serious political fall-out in the not-too-distant future.

Ecuador was very reasonable, cost-wise. It also has great beauty and a low population density. The problems were crime/education, poverty (which do all seem to go hand-in-hand) and that sense of security issue. Ecuador has a seemingly unstable political climate and we simply would not feel safe there at the present time.

Argentina had some appeal, we must say. At the time we were looking, it was in the grips of a very serious financial collapse. We were listening to stories including many interviews with Argentineans on NPR (National Public Radio). At that particular time, the banks had all been shut down for withdrawal of funds. Argentina was just too much of a Wild Card for us to consider at that time. While things have improved since then, they still have unacceptably high unemployment rates, the educational system, once the best in all of Latin America is in chaos and inflation continues to plague Argentina. Also, there is considerable corruption throughout Argentina and with the politics of the country, one could easily become trapped there, in a sense. Thus, we dropped Argentina from our list, but it still is an amazingly beautiful, diverse and wonderful country to visit. We simply do not wish to base the future of our family in the future of Argentina. This is not to say that things couldn’t change.

Uruguay was feeling the effects of the Argentinean financial collapse quite dramatically. The banks in Uruguay also restricted account withdrawals and this country was experiencing a severe recession. Also, Uruguay being a small country did not seem to have the diversity we felt we would have wanted for our new home.

Chile was quite far away and we really could not find very much information in the beginning, but one simple quotation we read somewhere piqued our interest and we wound up finding just enough information to become MORE than a little interested. Chile stayed on our list. The idea that Chile was the Southern-most country in the world and was, after a fashion, the farthest country from the rest of the world, or at least that is how it has been thought of by much of the world for a long, long time, did not seem to bother us after we had come across ONE most intriguing bit of lore. We are not sure where this came from but it goes something like this, “After the world was created and all of the oceans were in place, the mountains, volcanoes, the rivers and valleys, Glaciers and Deserts, the Creator of the Earth had saved up left-over bits of all of the most beautiful and precious pieces, during the period of the Earth’s creation. The pieces he had were precious and rare. He wanted to put them in a very special location, far from the ravages of the rest of the world. He put together these most magnificent mountains, waterfalls, lakes, volcanoes, flowers, berries and dazzling beauty and peace filled the land. Rivers and valleys filled with many fish, plant and animal life all lived in peace and harmony. There were no poisonous snakes or truly dangerous creatures. He called his secret spot of joy, beauty and wonder Chile, which means ‘at the land’s end.’”

Okay, so now we were left with the following:

Excerpted from “Moving To Chile, Part Two: Chile Measured Up!” in Escape From America Magazine, Issue 76.

Your New Home In Belize

Preparing to Live and Work in Russia – Part 4

6 Reasons to Move to Guatemala