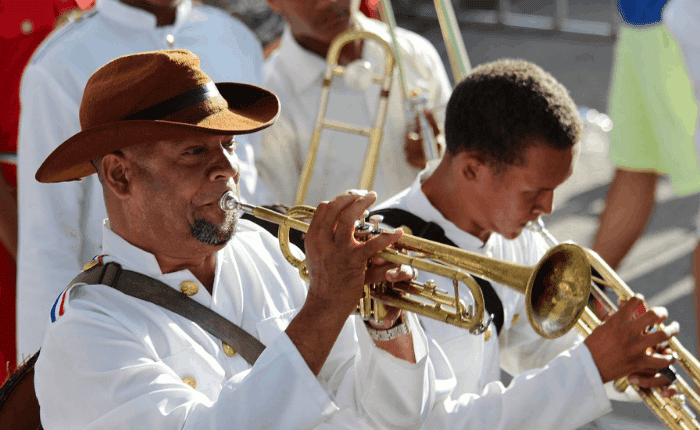 It’s the end of my six-months trial. I have already postponed my return trip to the States once but I leave in two weeks, to tie up loose ends, see friends and family, and shop. I am delighted with my reluctance to leave. Although I told everyone that I was definitely moving here, to the Dominican Republic, I reserved in my mind the right to fail. I had left home before, like an eight-year-old with my belongings wrapped in a kerchief on a stick, only to return for dinner, or rather within a year. But I know that this time, I have succeeded. I have made a life for myself here. I still hold a side bet with a good international medical policy, a sister in whose house I can seek shelter, and enough reserve for a comfortable retirement home in the twilight years.

But until then, I have a life of feeling needed, contributing, encountering, learning. I make a new acquaintance every week. A few have already crossed the line into friendship. We share a similar worldview, are at ease in one another’s company.

We are a small community here in Las Terrenas, about 25,000 total population. The foreign community is even smaller, about 5,000. They stay in separate enclaves, defined by their language, assembling at separate cafes to watch movies in their mother tongue. The French are the largest group, have established themselves as the dominant one, arranged for most of the humanitarian work, and started a private children’s school. Some French here have never even studied Spanish.

The other large groups, the Italians and the Germans, each now have one page in the local paper, where they can post sport’s scores from home and complain about the French. It is a relief, as a “United Stateser”, to hear complaints about the “foreigners” and realize that it is not us.

In fact, the Dominicans generally adore us, as they adore baseball.

I was given a standing 10% discount at the local hardware store after the salesgirl and I danced down the aisle to merengue music. I danced it, she said, better than she did. Europeans, who are building and furnishing large houses, are pushed aside from the counter for my meagre purchases for my furnished apartment, to the sound of her ringing: “America quiere comprar”  “America wishes to buy”. I hand over my thousand-peso note.

I am almost bilingual in French and have made friends among them. I can conduct a class at the local free school for the street kids in Spanish, and follow a conversation (not a conversation between Dominicans yet, but among foreigners all speaking slowly in their second language).

I have shared meals with and have the phone numbers of a German, a few Canadians, a Spaniard, a Serb, a Netherlander, a Brazilian, one American couple, an Italian and two Dominicans.

One of the local supermarkets has opened an air-conditioned cafeteria, the only cool public place in town except for the public phonecall office. Substantial meals there are only 80 pesos (just under $3) so we are beginning to encounter one another every few days. The foreign restaurants lining the beachfront, geared to the tourist trade, end up costing  $10 for the simplest meals, even pizzas and are deserted at this time of year. It is proving to be the multicultural life that I was seeking.

The temperature now is hovering in the high eighties. It is difficult to walk out in the mid-day sun. I have a favourite table at the air-conditioned cafeteria, going for a late lunch and enjoying the comfort in the heat of the day. Soon someone will open an air-conditioned Internet Café and my life will be complete.

The power company here is private and provides a much more reliable service than the public company elsewhere in the country which last year had blackouts lasting up to 20 hours a day. Yet often, recently, the town has been without power for a few hours at a time. And it is expensive, costing me nearly $100 a month for a one-bedroom apartment, with a full fridge/freezer and electric hot water.

The landlord has now installed a breaker switch on the hot water tank for me so perhaps the costs will go down now that I only have it on for an hour a day. Who needs hot water at this temperature?

Except that the doctor told me yesterday that the rash on my back was from a parasite, Sarcoptes scabiei. Aaargh, “scabies,”  I translated. That, he said, as well as the persistent ear infection that I have had for the last month both came from bad water. But, I countered, my apartment building has well water. Yes, he said, but we have had wells here tested down to 20 meters and have found contamination.

I thought of how close the water line behind the building ran to the lids of the little individually covered septic tanks. I am on my third type of eardrops. Who knew so many different types were manufactured. And I realized, with an uncomfortable full-body itching sensation, that I have been sending my sheets and towels home with my cleaning lady, for her to wash in her machine at her house in the village. The village has been without any running water at all for the last weeks and the locals have had to buy it off of tanker trucks. Even when it does arrive, it comes from one of the local rivers.

Admittedly it is drawn from a non-developed area (for the time being at least) before the point in the village where the locals bathe and wash their motor scooters. I speak of this issue with everyone I encounter. How can we repair the pump and get water to the village? Why are the people not lined up outside the Mayor’s office banging pots and pans? Well, I was told by one Dominican, the Mayor would simply answer that he had no running water either. They have not been raised with high expectations in this country.

Working and Traveling in Eastern Europe On a Budget