Since 1991, Dadaab, located in eastern Kenya, has given refuge to hundreds of thousands of Somalis escaping conflict, instability and violence. Many have been living at the camp for more than 20 years. Since its opening, the camp has grown to the size of a small town. Dadaab is currently home to approximately 260,000 Somali refugees.

According to government spokesman Eric Kiraithe, the camp has lost its humanitarian nature and has become home to terrorism and other illegal activities. The government claims that Dadaab has been used as the base for the al-Sahaab terror group for a long time. They are concerned for the lives of Kenyans and intend to close the camp as an act of national security.

On Saturday, Kenyan Deputy President William Ruto gave the UN refugee agency three months to close the camp. The deadline to close the camp was extended to May, but the court ruled that doing so would be an act of group persecution.

Human rights groups are enthusiastic about the court decision. Lobby group Kituo Cha Sheria and the Kenya National Commission on Human RIghts says the decision to close the camp is discriminatory and acts against international law. Judge John Mativo says the closure would be an illegal discriminatory act, violating Articles 27 and 28 of the constitution and is therefore unconstitutional, and that the orders are excessive, arbitrary and disproportionate. Closing the camp would mean the refugees would be forced to find shelter elsewhere.

According to the high court ruling the government has to restore regular operations at the camp even though it plans on appealing. The refugee department had already been shut down in Kenya, meaning that new-born babies were not registered as refugees. 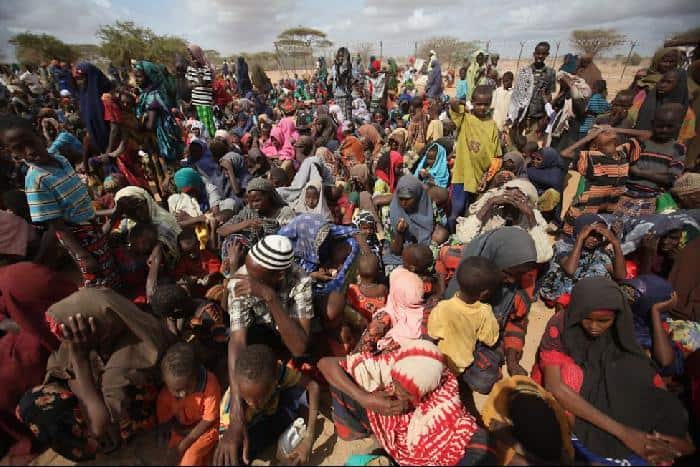 The court decision brings relief for the refugees who were for months anxious of the looming decision, which would force them to find another home. Laetitia Bader, Africa researcher at Human Rights Watch, states “After months of anxiety because of the camp closure deadline hanging over their heads, increasingly restricted asylum options and the recent US administration suspension of refugee resettlement, the court’s judgement offers Somali refugees a hope that they may still have a choice other than returning to insecure and drought-ridden Somalia.”

Many of the refugees have returned to Somolia, and many more plan to, after the election of Mohamed Abudulahi Farmajo, a dual US-Somali citizen, as president. Even long-term residents of the camp feel there is hope in their home country and are considering returning to Somolia.