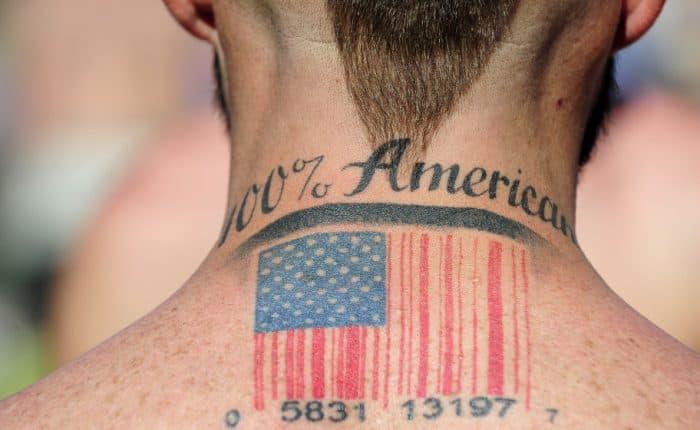 I often think about how nationalism took birth and how it defines people’s existence today. I look at the contrasting opinions of defenders of nationalism and those who are anti-nationalists. Followers from both ideologies have the logical reasoning to justify their viewpoint but there’s something that we’re doing wrong because political institutions today are more than a little flawed.

I also question if nationalism and individualism can co-exist because if we had to pick one, it won’t be enough to sustain world peace because one party will be surely harmed in the process.

To decide if nationalism is interfering with individual identity, we have to take a look at history and understand how it all began.

How did Nationalism Begin?

Some people believe that the concept of nationalism began during the French Revolution in 1789. Before the revolution, France was divided on the basis of social classes and unity was absent because the power structure predominantly benefited the rich. During the Revolution, the class system fell apart and the idea of equality and brotherhood strengthened, which evolved into a desire for a unified nation. After the Revolution when Napoleon, the French military leader, invaded other European nations, the idea of nationalism spread throughout Europe.

In the early 18th century, the first wave of American nationalism emerged when the British parliament introduced a tax policy, famously known as ‘taxation without representation’. After several negotiations, when the British hostility increased, a pamphlet named Common Sense, written by Thomas Paine, one of the Founding Fathers of the U.S.A., evoked a sense of a ‘new nation’, which followed the independence of what came to be known later as the United States of America.

Nationalism is attributed to the formation of almost every country, which means if there was no nationalism, countries and borders would probably not exist today.

There is a thin line that differentiates patriotism from nationalism and people often overlap these concepts. Patriotism means love and devotion for your country and nationalism encompasses it in a broader sense; nationalism means love for your nation’s culture and holding the belief that your nation is superior to all other nations. Nationalism can also be based on ethnicity and race, which has a history of harmful consequences; for example, Nazi Racism that believed that the German and Northern European races were superior—the idea that escalated into genocide of the ethnicities that the Nazis considered inferior.

Individualism is a social theory that’s based on the idea that every individual should have the freedom to think and act independently without societal or government intervention. Some people take individualism as an egoistic or self-centered notion because they think that it destroys the shared values of society.

Nationalism and individualism are two entirely opposite ideologies. One endorses the idea of shared beliefs and responsibility, while the other emphasizes an individual’s belief system.

Nationalism has always found its way into the political landscape and over the years, politicians have used nationalism as a selling point in their political campaigns. Take the example of President Donald Trump who called for ‘America First’ and ‘Make America Great Again’, and Narendra Modi’s call for Hindu nationalism. People imagine a new, better, country under the umbrella of nationalism, which automatically nullifies all the qualifications and characteristics of political leaders because all that matters is ‘nationalism’.

Public leaders have also used it as a shield to defend themselves during a crisis by using it as an emotional approach to unify people. The strategy has worked for most of them but it puts serious questions on the ability of the political leaders to adopt practical solutions. Besides, nationalism is also an over-used strategy in 2019 as a means of raising money for political campaigns.

A Means to an End

Nationalism unites people based on categories like religion, culture, and ethnicity; hence it devalues people who fall outside those categories. For example, the anti-immigration laws that the Trump Administration introduced have made millions of immigrants in the U.S.A. vulnerable. People were dragged outside of their homes; children left clueless, and families mentally disturbed. For most of these immigrants, the only home they knew was the U.S.A. but they fell outside the category and fell prey to nationalistic politics.

As an individual, you might not agree with your country’s political stance. For example, you might be a supporter of the idea that immigrants have enriched the American economy and society, or you might find the assault on immigrants to be the lowest humanity could go. You might be a believer of inter-faith harmony and find the extremist statements of your country’s Prime Minister very disturbing; irrespective of how your opinions differ from your country’s stance, nationalism is what is debasing it because as a citizen of your country, you’ve vowed to protect its sovereignty, dignity, and what it stands for.

Nationalism destroys an individual’s capacity to reason the world around them and find the logic surrounding political and social events. It persuades them to think in conformity to the established standards. Nationalism also makes people believe that they’re superior to other nations only because of where they were born.

Imagine a world where everyone would think that they’re better than everyone else; how will cohesion and peace sustain in such a world? It will just be chaos and wars like it has always been. And what if all nations declare war against one another because of their ‘superiority’? What will be left to propone nationalism?

In today’s world, people are increasingly identifying themselves as global citizens and digital nomads because they identify with different cultures and beliefs that are spread over different countries. They don’t want their national identity to define them; instead, they want to be seen and acknowledged by their individual identities. For example, if your country is at war with a neighbouring country, it doesn’t necessarily mean you endorse that war or you don’t want to be friends with the other nation. There are thousands of Palestinians and Israelis who see each other as peaceful humans instead of thugs who are trying to take their land.

Perhaps, nationalism was the only way in history to save people.  However, it has become a flawed ideology today that are leading to unnecessary turmoil and conflict around the world and depriving people of their right to hold individual opinions and beliefs.

I hope you enjoyed reading: Has Nationalism Gone too Far? An Attack on Individualism. If you would like more information, please reach out to us HERE.  Also, I would like to share some additional articles for further reading: