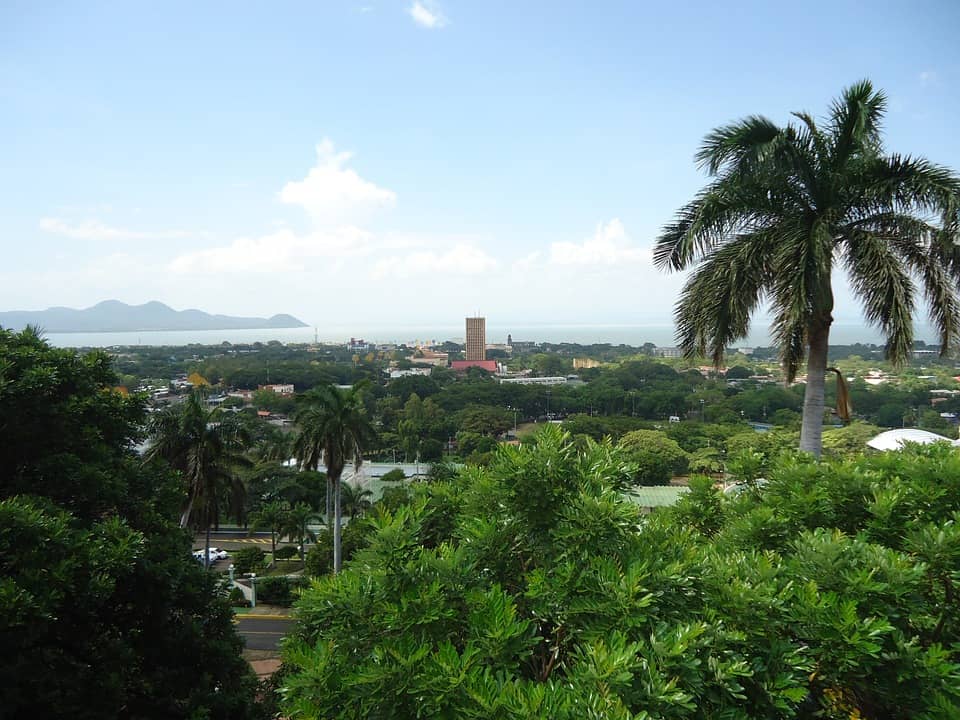 Managua is the capital city of Nicaragua, and it is known for its bustling metropolitan area, its historical cathedral in the town square, and its inspiring nature views, thanks to the nearby Lake Managua. Managua is Nicaragua’s largest city, with over a million residents, and it is home to a growing expat community as well.

Latin America’s popularity among the expat community is due in part to the more relaxed way of life that is offered. Managua is no exception to this part of Latin American culture, even though it is such a powerhouse for the Nicaraguan economy. Managua is a sprawling urban metropolis that somehow manages to stick to its roots with a slower, more laid-back way of life.

Managua found its beginning as a pre-Columbian fishing town and was incorporated as a city in 1819. It was named the nation’s capital in 1852, as a compromise when Leon and Granada were vying for that title. This way, the capital city sits between two other major cities, which makes its location even more appealing.

Today, Managua is the country’s center of economic activity, as well as the country’s main generator of services. Many international businesses have offices there, including Wal-Mart and Telefonica. Managua also produces beer, coffee, pharmaceuticals, textiles and construction products. It is a city for those who wish to get involved in business, investments or the working economy. Real estate (both commercial and residential) is a growing industry and is sure to keep surging as the city continues to garner media attention for its safety standards and low cost of living.

Finally, Managua is Nicaragua’s city for education as well. This is where many of the country’s best schools are located, and it’s known for being top-notch in its medical practices as well. Many retirees choose Managua for that reason alone – although it does have much more to offer.

Why Managua Appeals to Expats

Managua is known among the expat population as a place where you can get it all – a low cost of living for a better lifestyle, safety, good schools and good hospital care. On top of all of the available modern amenities, Managua also offers plenty of shopping, outdoor areas for those who love nature and opportunities for sight-seeing thanks to its historical features.

Another major plus for this city is that its location allows for easy travel to and from the United States, so going back to visit family wouldn’t be a hassle. The cost of living is extraordinarily low compared to that of most cities in the United States. You can rent a one-bedroom apartment in the city center for under $300 USD per month, or a three-bedroom apartment for just over $600 USD per month, average. You can travel by way of local transport for low fares as well.

It helps also that Nicaragua is still a little more off-the-grid than some other possible destination choices, like Costa Rica or Panama. Some might prefer the busier, more touristy areas, but for those who wish to start over in a whole new culture, Nicaragua still hasn’t been overrun (which explains why prices are still so low). It is only a matter of time, though, before the expat populations really start to boom there.

There are nearby lagoons, beaches, and hot springs, and that’s just skimming the surface of what this city has to offer!

The best way to get started is to take a tour of the city itself. It’s ancient, so there’s a lot to learn about it. The old city is home to the National Palace and museum, the old Cathedral, the National Theater, and the president’s house. All of which are popular sights of the city.

Also located within the city is the Parque Histórico Nacional Loma de Tiscapa, a National historic park known for its volcanic lagoon, as well as the views it offers of the other volcanoes and the water around Managua. You can find Chocoyero-El Brujo, a tropical rainforest reserve, beaches such as Pochomil, and the hot springs at El Trapiche all nearby as well. Once you’ve seen all there is to see in Managua, Leon and Granada are close enough on either side to warrant day trips. You’ll always have something to do!

Many of the residential and condo neighborhoods, as well as gated communities around the city, are safe and reliable. Some of the best areas to live are Las Colinas, Santo Domingo, Villa Fontana and Bolonia.