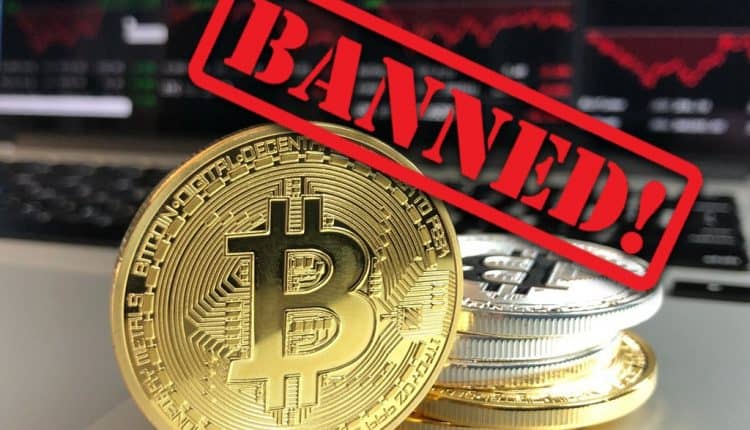 Kyrgyzstan has banned the use of all forms of cryptocurrencies as a payment method in the country, including Bitcoin and Altcoin. However, there is no law that prohibits its residents from buying and selling Bitcoin.

Bolivia has once again reaffirmed its reluctance to allow the use of cryptocurrencies in the country due to recent criminal practices carried out by some inhabitants. After having denounced a hidden pyramid scheme under a supposed investment in cryptocurrencies, the Central Bank of Bolivia issued a statement in which they remind the population that the use of virtual coins is prohibited.

In Bangladesh, the Financial Intelligence Unit has begun to work in conjunction with the Computer Crime Unit of the country’s police to begin investigating people who are involved in buying or selling Bitcoin or any of the other cryptocurrencies.

The Central Bank of Iran officially banned the use of cryptocurrencies in financial transactions to prevent money laundering and terrorism. The measure is considered part of the actions of Tehran to control the money market after the rial reached its lowest level this month.

Recently, the country’s financial regulator, Nepal Rastra Bank, completely banned any operation with the cryptocurrency, since it as a threat to its economy. His decision was confirmed by the arrest of a dozen people, allegedly involved in the management of digital currency exchanges in the territory of Nepal.

The Bank of Thailand issued a statement asking financial institutions not to engage in cryptocurrency transactions for fear of possible problems surging from unregulated trade.
The central bank said that cryptocurrencies were not legal tender in Thailand adding that it worried that they could be used in illegal activities such as money laundering or support for terrorism. In recent months there have been some developments announced by the Thai government that it will not ban cryptocurrencies altogether and that they are developing a regulatory framework for them.

India warned its citizens about how dangerous cryptocurrency can be and has encouraged the population to not use it.

Its use has not been banned it can be used but the government rejects it and has said that it will not regulate the use of bitcoins for now.

The Central Bank of Ecuador reported that the cryptocurrency known as Bitcoin is not a means of payment authorized for use in the country. The Central Bank of Ecuador also notes that the purchase and sale of cryptocurrencies – such as bitcoin – through the Internet is not prohibited; however, it  emphasized that bitcoin is not a legal tender and is not authorized as a means of payment for goods and services in Ecuador.

I hope you’ve found this article on where crypto is banned around the world to be helpful. For more information, or for assistance in starting a business offshore, please contact our HERE. I’ve also added some great reading for you, enjoy!