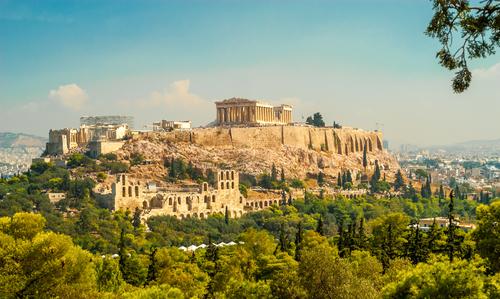 The Acropolis, Parthenon, and the Temple of Olympian Zeus attract scores of tourists to Athens. A major European tourist hub, the city also attracts its fair share of overseas investors, who find its property market promising for a number of reasons:

As such, buying and leasing a property for short-term to tourists is one of the simplest and most profitable investment strategies currently, with an expected net yield of 5%.

Located at the foot of the Acropolis, these neighborhoods attract tourists who want to see the antiquities, visit the Monastiraki flea market or the boutiques along Ermou, the city’s main shopping street, eat souvlaki in restaurants overlooking the Acropolis, or experience the buzzing nightlife of Psirri. 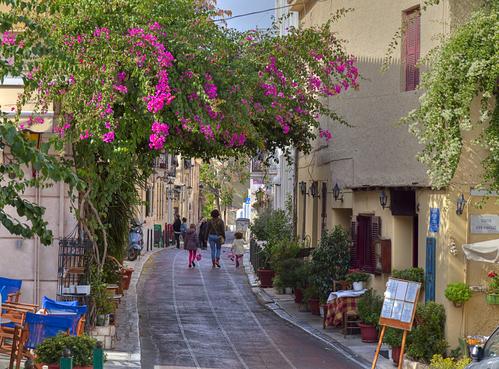 Tourists love to stroll along the narrow streets of Plaka, Athens’ oldest neighborhood

“In these neighborhoods, real estate has always been expensive for both investors and landlords. The price for a property in need of repair with no view of the Acropolis (on the ground floor, the basement, or semi-basement level) ranges from €1,000 to €2,000 per square meter, otherwise, it rises to €3,000 to €6,000 per square meter,” Irina Rondyak, head of Rondyak Real Estate, Tranio’s partner in Greece, said.

Investors’ interest in the historical center is growing. According to Greek media outlet, Kathimerini, flats located between Monastiraki, Omonia, and Syntagma squares are almost unavailable to local residents – in most cases, they are already leased to international tourists.

A Neighborhood for the Upper Class: Kolonaki

Kolonaki is located east of the historical center, near the Hellenic Parliament and Syntagma Square. Apart from restaurants and boutiques, there are offices, legal firms, and foreign consulates located in the area. Most buildings were constructed in the 1960s, and over the next 30 years, this part of the city transformed into an upscale neighborhood where the most affluent Athenians live. 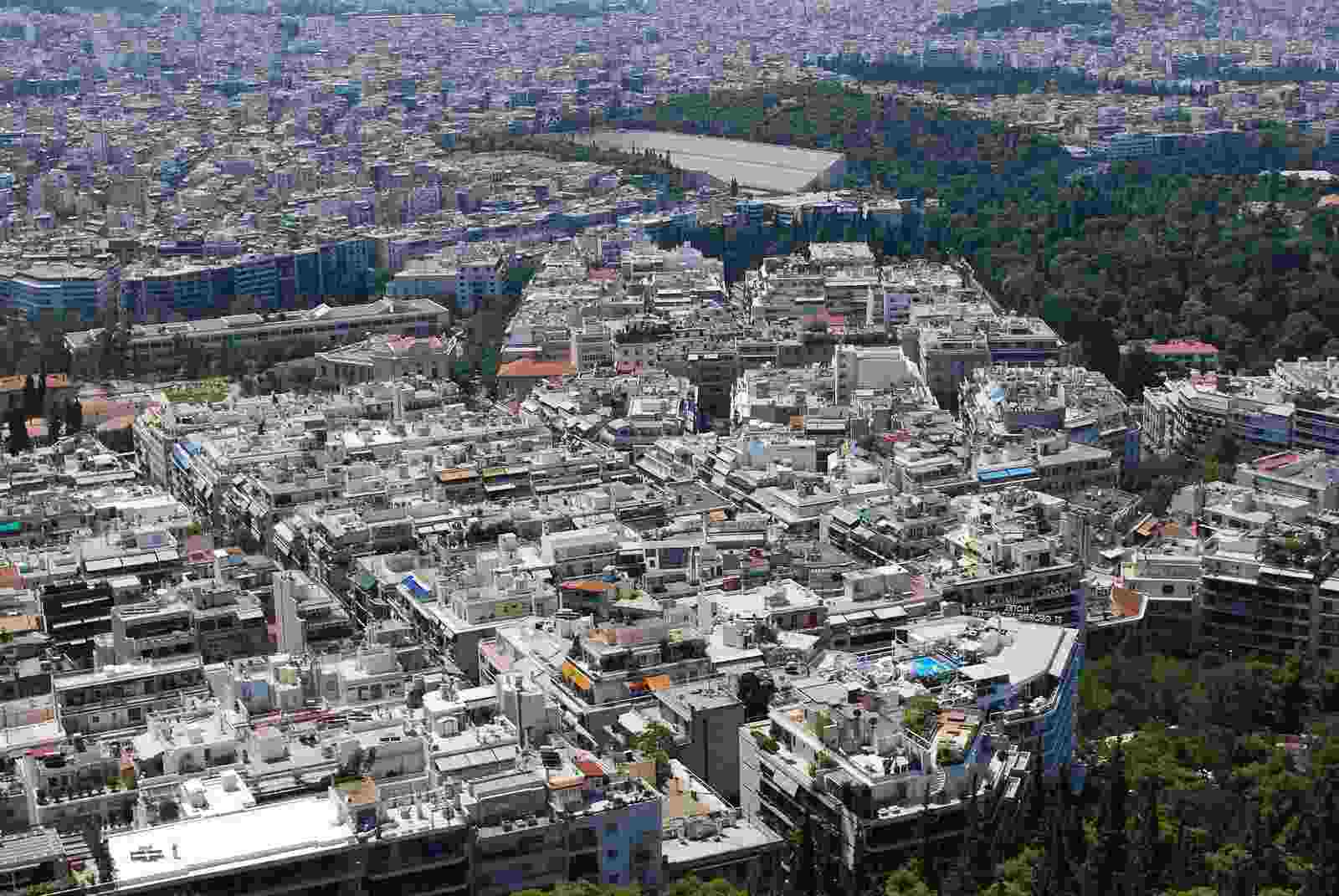 The view of Kolonaki from Lycabettus Hill

According to Irina, investing in Kolonaki property is always profitable. The neighborhood is located on a hummock – many houses face Lycabettus Hill, the Acropolis, and the major part of Athens. Prices range from €1,500 to €6,000 per square meter.

Within Walking Distance of the Acropolis: Koukaki, Metaxourgio, and Mets

Koukaki is located near the historical center, south of Anafiotika and Plaka. In 2015, the number of tourists who booked accommodation in Koukaki via Airbnb increased by 800%. The neighborhood is booming, and new bars, restaurants, and boutiques are constantly opening. Residential property prices range from €800 to €2,000 per square meter, depending on condition.

To the north of Psirri lies Metaxourgio. According to realtor Lola Saurova, Tranio’s partner in Greece, the area is actively developing, with frequent gallery, museum, and cafe openings in recent years, giving it a reputation as a neighborhood of artists and hipsters.

There are many neoclassical buildings in Metaxourgio. According to Spitogatos.gr, prices per square meter range from €400 for flats in need of repair to €4,000 for apartments in modern complexes with swimming pools. 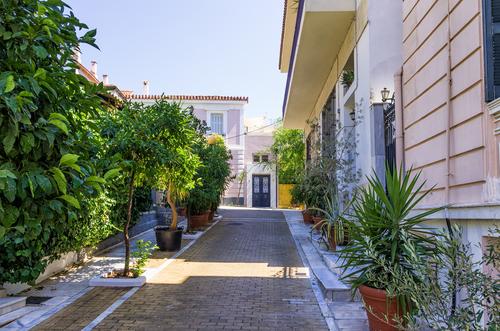 Mets has preserved the atmosphere of mid-20th century Athens

Another area that is attracting investors is Mets, southeast of Plaka and Anafiotika. The neighborhood is just a 15-minute walk from Syntagma Square and the Acropolis. According to Spitogatos.gr, prices for flats in Mets range from €900 to €5,000 per square meter.

Near the center of the capital, Kallithea is one of the suburbs in southern Athens in constant demand. According to Spitogatos.gr, prices range from €250 to €5,000 per square meter in the district.

West of Kallithea, 20 minutes from the center of Athens by underground, Piraeus is Greece’s largest port, attracting both tourists and investors. According to Lola Saurova, rental demand along the coastline is extremely high. There are almost no new builds, and prices for flats average €8,000 per square meter 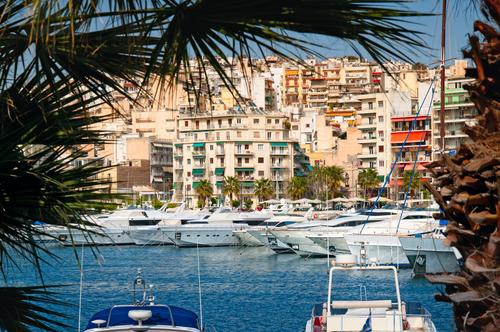 Elliniko – bring good profits for investors. Four local beaches have been awarded a Blue Flag. Property prices range from €750 to €6,000 per square meter.

“Proximity to the sea, beaches, marinas, Piraeus seaport, and the center of Athens guarantees a stable rental demand from April to December,” Ms Rondyak explains.

I hope you enjoyed reading this article: The Best Neighborhoods and Suburbs in Athens for Investment Property. If you have any questions, please contact our office HERE.

How to Retire in France as an Expat

Nicaragua: Another World Within Our Own