A Trip To Europe - Everything You Need To Know - Escape Artist 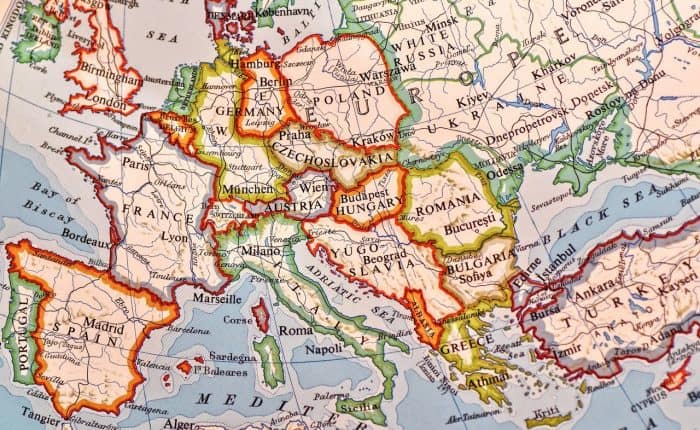 Despite being the second smallest continent, Europe is jam packed full of diversity, culture and history. For first time visitors to Europe, it’s worth getting to grips with its differences within it so you know which city is right for you. This article will go over some of the most important things you need to know before visiting.

Before getting into the best countries and places to visit in Europe, it is important to look into any regulations that may be relevant during your travel. As presented on the website of Flightright, there are certain European Union Regulations in matter of travelling. These include your rights and any important information in case of a flight delay or cancellation. Additionally, each country may have some regulations of their own, such as driving speed limits. Knowing these beforehand could help you avoid some unpleasant situations, which is why it is always recommended to research the most important ones.

There are some things to be aware of before travelling to Europe, especially if you are going to visit more than one country. For instance, people from outside the EU often make the assumption that every European country has the Euro as their currency. This is not quite true, as there are some exemption countries that are using their own currency, such as the British pound or the Polish zloty. Additionally, the UK is different from other EU countries as they drive on the left side of the road and have three-pinned sockets.

Seeing the whole of Europe during one visit is nearly impossible, unless it is a long trip. This is why you will have to decide which side of the continent you are more interested in seeing. Usually, Europe is split into the Eastern and Western sides, as there are some noticeable differences between the two. For instance, the climate is completely different, with Western countries being generally warmer throughout the year. Therefore, if you are travelling during winter and wish to see some snow or skiing opportunities, Eastern Europe will be preferable. Additionally, you may also notice differences in terms of Western Europe being overall more liberal, while Eastern countries tend to be more conservative.

It is difficult to choose a few best places to visit in Europe, with so many hidden gems inside the continent. However, there are some cities or attractions that are a must to see when in Europe:

Budapest is a town rich in cultural and historical heritage, which is why it is considered one of the most beautiful destinations in Europe. Besides the stunning architecture and charming town squares, there are plenty of museums and attractions too. These include Buda Castle, Fisherman’s Bastion, Hungarian National museum, house of terror and Hungarian National gallery.

Paris is perhaps the most romantic and magical city in Europe. Full of designer boutiques, cute local cafes and galleries Paris is a dream place to most of its visitors. Some of the main attractions to see are the famous Eiffel tower, Louvre, Arc de Triomphe and Rodin museum.

Geneva is known for its amazing natural landscape, being home to the largest lake in Western Europe. The picturesque landscape of the countryside is perfect for a recharge break. Besides that, Geneva also has some great shopping opportunities, which is what it is also popular for. Some main things to see in Geneva are The Geneva Water fountain, St Pierre Cathedral, Reformation wall and Patek Philippe museum.

For the historical philosophy and ancient architecture lovers, Athens in Greece is a must to visit. Full of monuments, impressive buildings that date back to ancient times and museums, Athens ceases to impress even the most skeptical visitors. Besides that, Greece offers great weather, with loads of sunshine all year long. The most visited attractions are the Acropolis of Athens, the Parthenon, Acropolis museum, Plaka and the Temple of Olympian Zeus.

Although Iceland is a bit separated from the rest of Europe in the map, it is nonetheless an important part of it. Iceland is known for its spectacular nature, full of breathtaking glaciers, fjords and waterfalls. Winter is the perfect time to visit for the best view of the magical Northern Lights. Some of the most beautiful sites in Iceland are the Blue Lagoon, Gullfoss Falls, Geysir and Jokulsarlon.

London is one of the most known and visited cities in the world for a reason. The mix of buzzing streets and energetic nightlife with the historical and architectural heritage makes it extremely unique. The best part about it, is how easy it is to self-guide yourself through the main attractions there, which include Big Ben, the London Eye, Tower of London, Buckingham Palace and the British Museum.

Barcelona is spectacular with its architecture and beautiful landscape, but it is the most famous for the local’s love for football. The city is home to the well-known Camp Nou stadium that hosted some of the biggest ever football games. The atmosphere and energy during the games in Barcelona is something you can’t experience anywhere else. Besides that, there are some beautiful attractions to visit, such as La Sagrada Familia Church, Casa Mila, Park Guell and Montjuic.

I hope you enjoyed reading A Trip To Europe – Everything You Need To Know. Europe certainly is an amazing place to visit and if given enough time, maybe only 2 trips will be necessary!