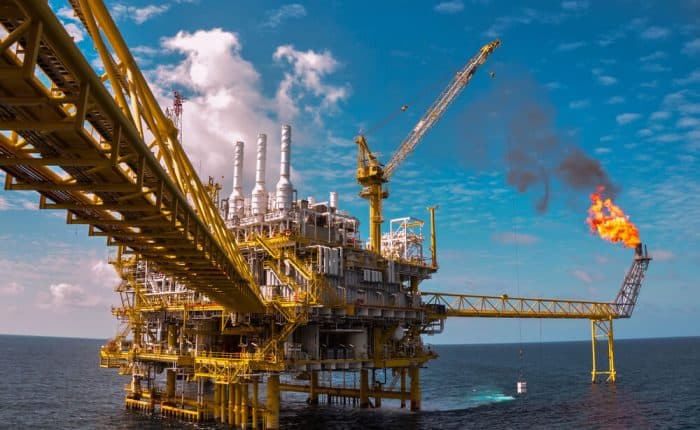 As if the world wasn’t already going through enough turbulence—Russia and Saudi Arabia have decided to get into what seems to be so far the most pointless oil price war at the moment. Anyone who’s followed the oil industry over the past couple of months would be well aware that oil demand was already crashing because of the Covid-19 lockdowns. Since the Chinese shutdown production in Wuhan and surrounding areas, oil prices fell by 20% because the country wasn’t consuming 14 millions barrels a day to keep running anymore.

In response to the fall in Chinese demand, the members of OPEC decided to cut oil supply and keep prices high to support producers. Russia, always the renegade—mostly for the wrong reasons—decided to go after shale producers in the US to undercut the American share in global oil markets. So while everyone debated over whether they should restrict supply, the Russians went ahead and flooded the market with their oil products. As time went on, the Arabs decided —for an unknown reason so far—to bring their products into the market to drive prices down.

Speculating The Reasons For The Price War

“Official” reports state that the Saudi Arabian authorities forced prices down further to punish the Russians for their impudence—but that makes absolutely no sense considering the fact that no oil producer can afford to sell at these prices. If we take a look at either country’s balance of payments—Saudi Arabia needs oil prices to stay at $82 a barrel while the Russians need it to stay at $42 to meet their budgetary requirements. It doesn’t seem like Saudi Arabia alone can afford a price war without help and I do really wonder if the leadership in the country knows what they’re up to. The Russian’s might be devious, but at least it makes more sense for them to drive out the Americans from the market for a bigger piece of the oil market—but even then, they don’t have the reserves to replace the Arabs from the market, so no one knows what that’s about either.

So far, everyone’s been speculating about the reasons for the oil price war and the conversation is too convoluted to make sense of anything right now. In any case, what harebrained scheme these guys have planned isn’t important—the real question is how these schemes will affect the global financial order. I thought, the covid-19 outbreak and an impending recession might convince the nations of the world to think about the people but, as it turns out, they have no concern for what happens when they’re sitting, making decisions in their lofty towers. And thus, once again, we are required to make sense of a world that collapses in front of our eyes because our leaders can’t be counted on—what a surprise.

While Saudi Arabia and Russia pursued their senseless oil war, sellers throughout the United States were actually paying people to take the excess stocks off their hands. As of the 21st of April, oil prices hit a historically low rate of $-35.20—unprecedented in the history of the country or even the world for that matter. Make no mistakes about it—the US oil industry is worth a massive $2 trillion and the fact that oil prices actually went to negative levels means that there is something deeply wrong with the way the coronavirus outbreak was managed.

These dynamics will reverberate throughout the entire world economy to create a level instability that has so far been unforeseen. Most of it can be put down to how economies were managed; inefficiencies were harbored and only begins to show the failures of state control over financial and economic sectors.

Impact of the Price War on the Global Economy

While Putin has called off the price war by cutting back production, the economic ramifications of the price war will be felt for a very long time. When you combine it with the damage this has inflicted on the US oil markets, I can’t even begin to imagine what the future looks like for the global economy. But in any case, let’s have a look at how the world responded to these moves and repercussions.

Stock Markets Plunge Around the World

Wherever you turn at the moment, stock markets have resumed their downward spirals initiated by the Covid-19 outbreak. The DOW index fell by 600 points, the US oil’s June contract fell by 25%, and even Asian markets slid in the process. At a time when global stock markets were struggling and showing slight signs of recovery, this oil price war has taken us all back to square one.

While oil prices sank throughout the world, this took away some part of the gains from the precious metals market too. Due to falling inflation, the reduction in prices for commodities in the European and rising government bond prices, some portion of the gold market began selling their holdings to bring down prices across all major markets around the world.

Everything I’ve said so far is only a glimpse of how badly things will turn out because of this price war. As far as the market dynamic is concerned, the demand slump is likely to continue in the long run until the industry can be revived within the same time span. While these oil prices remain low, because of this surplus oil forced into the market, you can expect that other share prices in the financial markets will also begin to take a hit.

The resulting deflationary effects of the price reductions are very likely to take years to overcome. If there was ever any doubt that the world economy will go into a depression rather than just a recession—the Russians and Arabs have made sure that these fears are realized.

I do hope you got value reading this article: An Analysis of the Russia-Saudi Arabia Oil Price War.

Increased Surveillance of Individuals During COVID-19—Necessary Precaution? Or The Groundwork of an…

Misunderstood: Common Misconceptions About Countries that Don’t Seem to…