Increased Surveillance of Individuals During COVID-19 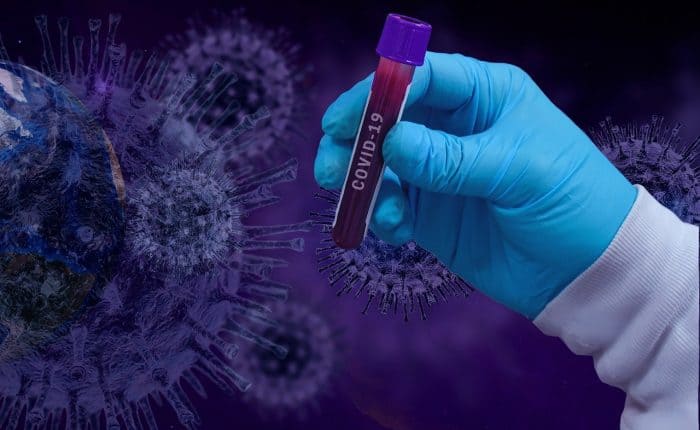 Big Brother is watching you.

George Orwell’s revolutionary novel, 1984, prophesized a great many things with remarkable accuracy. Along with the television and large-scale workers’ rebellions, he wrote about a state of constant surveillance: of a mysterious screen watching your every move, and of a homogenous groupthink that makes dissent near impossible.

Orwell had it right—because we appear to live in an eerily similar world. Data privacy and personal privacy are growing concerns as people realize that their opinions, actions, and beliefs can all have consequences.

And the rise of the novel coronavirus has only accelerated this descent toward authoritarian regimes.

Has the increase in surveillance—with respect to travel histories and medical histories–been all for good? To what extent can states double down on the damage this does to individual agency? Will Big Brother always be watching us?

Data privacy has been a major issue around the globe for a while now—from East Asia to the United States.

With new rules beings formulated in Europe around data protection and Congress eyeing a national standard for data privacy, things were finally beginning to look good.

The hallmark of an authoritarian state is a lack of data and personal privacy. There’s a reason why countries like China and North Korea are always brought up when it comes to surveillance since their Black Mirror-like “security” measures can easily be seen as just another attempt to control people.

These measures include, among other things, knowledge of citizens’ online activity, knowledge of everything they’re doing and everywhere they’re going, confirming whether or not citizens are following rules and abiding by regulations, social-credit scoring, knowing whether or not they are engaged in criticizing the state, and so on.

Sadly for us, it seems that COVID-19 has exported these traits to the world. Tracking and tracing information has become an essential part of fighting the virus as it spreads rapidly.

Have you ever experienced that uncanny incident of an ad appearing on Facebook right after you talked about a product in your private messages? Many people have. This is one of the more “innocent” ways in which your conversations undergo surveillance and are used for marketing purposes.

There are, however, more sinister consequences. Contact tracing, for instance, is now a leading technique for identifying potential persons who have contracted the novel coronavirus, and those who have come in contact with.

The government of Israel even passed a law regarding contact tracing. The fear and apprehension connected with growing surveillance are valid—especially where draconian regimes are concerned.

An example would be India, which has been in the global news since last August—and not for the Taj Mahal or Trump’s visit to the exotic East.

With growing concerns about nasty riots brewing in India since December 2019, the situation is getting even uglier as coronavirus fears take hold. Surveillance apps have been launched in India, adding further fear in the hearts of its minorities, specifically Muslims, who have been facing regulations since last year.

But then there are those who argue that such strict measures are necessary, citing India’s massive religious congregational gatherings amidst coronavirus fears, which have led to a surge in positive cases. The question, then, remains: is surveillance a boon or a bane in these times? Are countries like India taking this opportunity to fight the novel coronavirus or to achieve nefarious ends?

I know many could argue for tighter quarantine, but as someone who is currently under pretty extreme quarantine already, I can say that being on house arrest after never being convicted of a crime is a nightmare of a feeling. On the other side, it might come off as ignorant and even arrogant when we fight for the ability to make our own choices on how to deal with quarantine, the fact that many individuals around the world are moving toward self-destruction does remain, this has been the case for as long as humans have been on this planet and I don’t see it changing anytime soon – and stronger government is not going to push this fact one direction or another.

There were some churches defying state restrictions on Easter, despite experts warning of a spike in coronavirus cases. A native insider from Italy explained in detail how it all went from all’s well to all’s hell in merely a few weeks: because people were outside, not taking the threat seriously.

A patient—merely known as Patient 31—became a super spreader who led to Korea’s sudden uptick in cases. Iran, another badly affected country, got to its current scenario because clerics refused to shut down shrines and other religious sites.

The United States are in the same boat. End the Lockdown protests are growing, with outrage spreading wildly on social media channels. Groups like this one are fast at work, with thousands of members. Despite warnings of a surge in coronavirus cases, people continue to stand-up against these restrictions that have been placed on them.

Should these countries—most of which are democracies—let people do what they want to do? Should mass protests be not bothered with, and should the governments shy away from keeping an eye on their citizens because it is considered unethical? I will let you ponder the above questions…

It’s difficult to say for sure how things will pan out once the virus has its way with us. One thing, however, can be said for certain: that the world will be a more heavily watched place in the aftermath of the coronavirus, and that surveillance will soar in the post-pandemic era.

At the moment, governments around the world will use the excuse of potential superspreaders to enforce contact testing and gather data of their citizens’ travel histories as a way to seize more control and power over our lives.

We ought not to forget that liberty, privacy, and freedom to travel/speak are still fundamental human rights. Once this pandemic is over and once people around the world are busy celebrating another milestone that humans have achieved in togetherness, we should not forget that the surveillance measures were put into place during the pandemic. They should still be raged against and we must protect ourselves from the state in any way we can.

And when that becomes impossible, know that you still have options—such as moving out of your own country to places where you can live and breathe a little more freely.

I hope you got great value from reading: Increased Surveillance of Individuals During COVID-19—Necessary Precaution? Or The Groundwork of an Authoritarian Future? For further information regarding Escape Artist, please visit us HERE. I would also like to share with you a few articles that I think you’ll really enjoy!

The Benefits of Using Bitcoin as a Payment System in Businesses

Bank Accounts in Costa Rica – How To Open One?