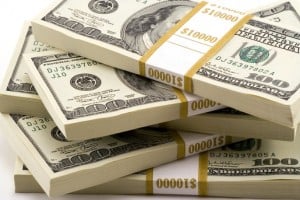 For more on how to calculate the 330 days for the 2017 Foreign Earned Income Exclusion, see: Changes to the FEIE Physical Presence Test Travel Days

For information on how to prorate the FEIE over two years, see: How to Prorate the Foreign Earned Income Exclusion

Earned income is profits from your business paid as salary, or wages from work as an employee of someone else. Earned income does not include capital gains, dividends, investment returns, royalties, rents, or any other form of passive income.

The 2017 Foreign Earned Income Exclusion applies to Federal income taxes. It doesn’t apply to State taxes or other Federal taxes, such as self employment or payroll taxes.

Some states have a version of the Foreign Earned Income Exclusion and some do not. For example, California will tax 100% of your worldwide income unless you move out of the state and are no longer a CA tax resident.

To cut out California, you must move out of the State for the foreseeable future. If you plan to return to California in a year or two, you’re probably a CA resident while abroad. States place a lot of weight on your “intent,” which makes them a challenge.

The 2017 Foreign Earned Income Exclusion applies Federal earned income taxes. The most important tax which is not a tax on income is payroll / self employment tax.

For example, someone earning $100,000 as a travel writer while qualifying for the 2017 FEIE, will pay zero Federal income tax. They will get to pay about $15,000 in self employment tax.

If that same writer is working abroad for a U.S. corporation, they’ll pay about 7.5% in payroll taxes and their employer will pay 7.5% in employment taxes.

Remember that most Americans pay more in payroll taxes than they do in income taxes!

If you’re self employed and qualify for the 2017 Foreign Earned Income Exclusion, you can opt out of the U.S. payroll tax / employment tax / medicare tax system. Form an offshore corporation in a zero tax jurisdiction, have your customers pay that entity, and draw a salary of up to the FEIE amount ($102,100 per person).

That salary will be reported in Form 2555 as wages from a foreign corporation. It will not be subject to self employment tax.

The same goes for people working for a U.S. employer. If you can convert to an independent contractor, and your employer will pay your offshore corporation, you can eliminate payroll and FICA / medicare taxes. Your employer should be motivated to work with you, as they’ll save their half of employment tax as well.

The key to eliminating self employment taxes is to incorporate offshore. Form an offshore structure that converts your self employment income to wages from a foreign corporation. Do this is a zero tax jurisdiction and you will minimize your worldwide taxes.

Note that the above applies only to business income. Incorporating offshore does not reduce taxes on capital gains or passive income. The above analysis assumes you are living abroad and qualify for the 2017 Foreign Earned Income Exclusion.

I hope you’ve found this article on the 2017 Foreign Earned Income to be helpful. For more on setting up an offshore corporation, or incorporating your business abroad, please contact us HERE