Where are Expats Living in Bulgaria? - Escape Artist 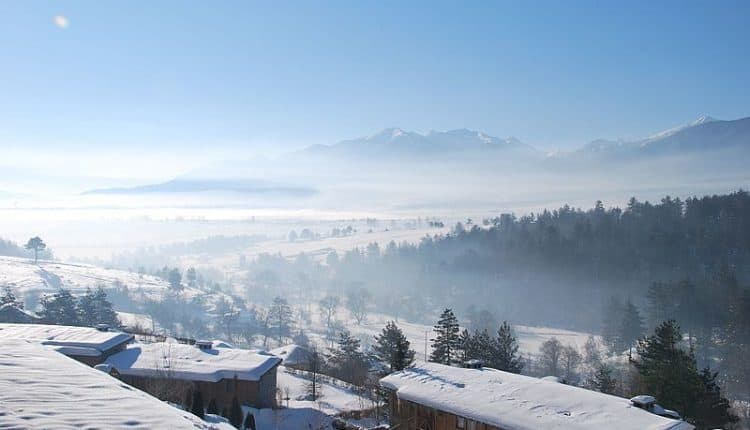 Bulgaria is a hidden gem and appeals most to the expats who wish to live a life fully immersed in a new culture, away from the American tourist traps. The idea is to go and live in a place where the beauty, charm, and culture are not ruined by fast food chains and tourist shops selling t-shirts and keychains on every corner. Bulgaria joined the European Union, along with Romania, in January of 2007 and has since introduced a fast track residency program. The country is eager to gain capital and grow its population, and those who take notice and start looking into residency and/or citizenship now can stand to start a new life there before the process grows more complicated (as it is bound to do when it grows more popular). So that begs the question, where are expats living in Bulgaria, and what’s the lifestyle like?

Expats living in Bulgaria often flock to its capital city of Sofia. It is the cheapest city to live in Western Europe, considering rent for a one-bedroom apartment in the city center is less than $400 USD per month and a one-bedroom apartment outside the city center is less than $300 per month. Three-bedroom apartments run in the $500 – $700 range, leaving lots of room for spending money and leisure for most expats.  The city itself is great for those who wish to freelance or work remotely, which is what many expats choose to do. Since the population of the country is small, you’ll notice a shortage of some services, especially in the world of IT, so this would be a great place to start a business of this type.

Sofia is Bulgaria’s largest and most popular city, so it is home to most of the country’s universities and start-up businesses. With a very low tax rate of a flat 10%, it is one of the 10 best places for start-up businesses in the world. The climate allows for hot summers and cold snowy winters, so it’s a great place for those who want to keep experiencing the seasons.

Popular among the mountain-loving expats living in Bulgaria, Bansko sits at the foot of the Pirin Mountains, and it is known for its great skiing. Bansko is a small town, with only about 8,500 residents, so it’s great for those looking for a small, tight-knit community, especially if you love to ski. It’s not always cold there, either. In the hottest months of July and August, temperatures can get up to 80 degrees, while in the coldest months of January and February, temperatures can fall into the high 20s and low 30s. The cost of living is very low, which makes this town a rival to resorts in places like France and Switzerland, since all it has to offer is just as good, but the price is so much lower. A one-bedroom apartment, for example, costs an average of about $240 per month, and a three-bedroom costs around the $400 mark.

Bansko is known for its gorgeous scenery with its mountain peaks, lakes, and old pine woods. That means, even in the summer there is plenty to enjoy outdoors. Nearby Bansko is a village called Banya (about 3 miles away) that is known for having 27 thermal springs, making Bansko an even better destination for winter tourists.

If beach living is more your style, then Varna is the place for you. It is a coastal city with a major harbor on the Black Sea. It is a tourist destination and resort town, but it is also a hub for Bulgarian business, education, entertainment, and healthcare. Any expat who wishes to live in a beach town in Bulgaria would find anything he/she needed in this city. The cost of living in Varna is less than $300 per month for a one-bedroom inside the city center and less than $200 outside of the city center. You can get a three-bedroom in either area for under $400 per month. Prices for shopping items in Bulgaria (in general) are still comparable to those in other parts of Europe and can even be a little more expensive, but it stands to reason that with what you save in living expenses, you can likely handle and still have a great deal of expendable income.

The climate in Varna is a little different than you might expect for a beach town, averaging in the low 80-degree range in the hottest months of the summer and falling into the high 20s and low 30s, meaning you’ll still have changing seasons if you choose this area, rather than having hot weather all year round.

Many who’ve chosen to relocate to Bulgaria love it for its quiet simplicity, along with its lack of tourists and tourist traps. It’s the kind of place you’d want to go to truly get away.