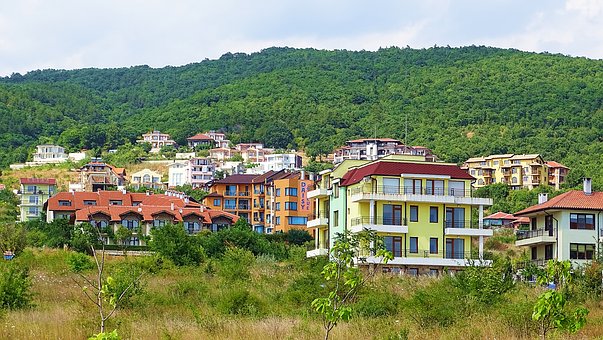 There is a new Residency and Second Citizenship Program in Bulgaria that you should consider. I’m talking about Bulgaria’s fast and almost obstacle-free incentive to promote foreign investment. If you’re in the market for a second passport, it’s time to take advantage of Bulgaria’s new residency and second citizenship program!

When a new citizenship program is established, it usually very easy in the early days. When the program achieves mainstream popularity, obstacles and roadblocks are added to make it more difficult for low-income foreigners to invest and become residents. For example, we saw this in Costa Rica recently.

Bulgaria may not be the first place that comes to mind when you think about Europe, but that is part of its charm. This anonymity means that it’s not on the radar of regulators. You should get into Bulgaria while no one is looking.

The history of Bulgaria, as is the same with other countries in Europe, is a complicated one.

Bulgaria, located in Eastern Europe, was a part of the Ottoman Empire for more than 500 years. After becoming an independent country, Bulgaria went through many different shifts in its government structure. Between 1946 and 1989 Bulgaria held a communist regime forming part of the Soviet Satellite. In 1990 Bulgaria began to adopt more western tendencies and, in 2007, officially became part of the European Union.

Why Does Bulgaria Offer A CBI Program?

The primary reason Bulgaria decided to introduce this new residency and second citizenship program is to attract capital. The government of Bulgaria knows that capital flows where it’s treated best and decided to adopt a program that is fairly similar to the ones that are active in certain Caribbean islands. In fact, St. Lucia’s bond program was modelled after Bulgaria’s program.

Bulgaria has the lowest personal and corporate tax rates in Europe at 10% and they have a 5% dividends tax rate. Many German citizens have already begun to take advantage of this program – this is noticeable in some of Bulgaria’s big cities which already display signs spelled in German. Local towns have had to adapt to the sudden influx of German residents.

The basic documentation that you will need to apply for this program includes:

Another way that you can obtain a second passport through investment is by investing in a Bulgarian government bond for a period of five years. To qualify for this program you must invest 1,000,000 BGN or $625,310 (depending on the exchange rate) in government bonds. The interest you generate for government bonds in Bulgaria is close to 2%.

What Other Programs Does Bulgaria Have

Another program is called Fast Track. In this program, you must invest at least half a million Euros and obtain no less than 50% of a Bulgarian Company. You need to create and maintain at least 10 jobs for Bulgarian Citizens under a labour contract. After this is done you receive both a green card and citizenship.

It is important to take advantage of this program as with many similar programs in other countries the requirements become stricter with time. Bulgaria is an extremely interesting country and a growing power in the European Union.

How Good Is A Second Citizenship From Bulgaria?

A second passport from Bulgaria is a solid travel document. I place it above all of the Caribbean and just below the much more expensive Malta and Portugal. As of August 2019, Bulgarian citizens have visa-free or visa on arrival access to 168 countries and territories, ranking the Bulgarian passport 19th in terms of travel freedom.

I hope you’ve found this article on Bulgaria’s new residency and second citizenship program to be helpful. For more information, or for assistance in investing in Bulgaria or opening an offshore company, please contact us here. Thank you.

Here are a few articles on Bulgaria that you may enjoy reading!

10 Places To Explore in Bulgaria

Where Are Expats Living In Bulgaria