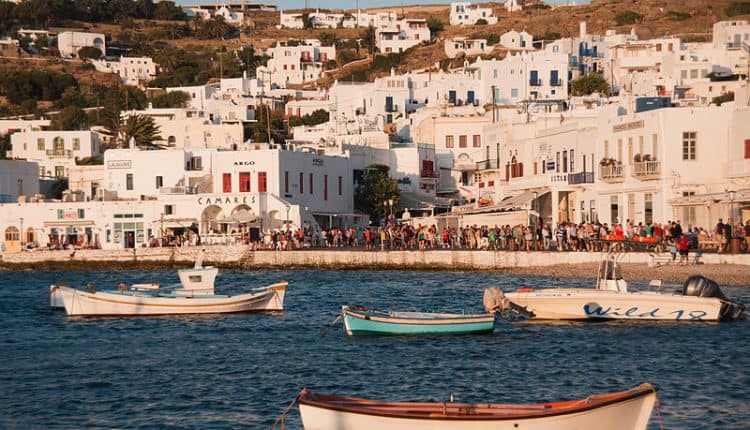 When you think of Greece, you may think back to its government debt crisis of 2010, which was a severe recession that was brought on by the financial crisis of 2007 – 2008. Wages fell nearly 20 percent from 2010 to 2014, which significantly reduced income and the country’s GDP. Fast forward to 2017 and Greece’s GDP starts slowly growing again. By August of 2018, when Greece stopped receiving European bailouts, Prime Minister Alexis Tsipras expressed that Greece would start to “get back its political and economic sovereignty.” The economy is slowly working on normalizing, and the tourism industry is bringing a lot of relief. GDP is expected to grow nearly two percent for each of the next two years, and Greece is working hard to create income so that it can rise up over this crisis and leave it in the past. Part of this growth can be attributed to expats in Greece as well.

What does this have to do with expats? Anyone who dreams of a life of relaxing scenery along the Greek coastline should know that one step the country is taking to continue its uphill climb for a better economy comes in the form of the golden visa program. While Greece doesn’t offer a retirement visa specifically, it does welcome (and even encourage) expats and foreign investors who wish to lend a helping hand. Greece is an extremely important tourist location and it’s easy to see why, with its landmarks dating back to the 5th century B.C., black sand beaches and its famous mountains and ski resorts. If you want to relocate to this country, taking advantage of the golden visa could be a great way to support it in the process.

With its golden visa program, Greece has joined the ranks of the countries offering residency to those who wish to invest in its economy. It is similar to those of Spain and Portugal, but is believed to offer a slightly better value. The golden visa grants a 5-year residency to live in Greece, and can continue to be renewed after each 5-year period, as long as the investment requirements are continuously met.

Expats in Greece don’t have to follow any minimum stay requirement, and under this visa are free to come and go as they please. Any dependents under the age of 21 are included in the visa and that won’t change the specifications of the investment value. The investment must be made in real estate, and you have to budget in the additional taxes on real estate, which equal 24 percent. The investment amount must be 250,000 Euros, which translates to $284,095.75 USD, and additional taxes will sum up your total investment to about 300,000 Euros, or $340,918.80 USD. You can expect the application process to take about 40 days from the time of your initial investment. You’ll need to have made that investment prior to sending in your application, but the process can include a 3-4 day visit to view properties, meet with lawyers and to open a bank account. Lawyers granted with Power of Attorney will handle the rest for you, working directly with the Greek government. The application fee, when all is said and done will amount to about 15,000 Euros, or just over $17,000 USD.

Citizenship can be granted after 7 years of living in the country, so this visa offers residency but not citizenship.

First of all, expats in Greece are most likely to conglomerate to either the city of Athens, or to one of the islands

– usually Mykonos or Crete. Properties in the Athens city center can range from 150,000 Euros up to 550,000 Euros generally, but some neighborhoods are, of course, more affordable than others. Neighborhoods within Athens where expats tend to go would include Acropolis, Exarcheia, Glyfada and Kolonaki. Acropolis is the most famous of the neighborhoods, and Exarcheia is a student town with some very affordable apartments (some as low as 20,000 Euros), but will sometimes become too riotous during demonstrations, at which times it would be best to avoid that neighborhood.

Here’s a great podcast from The Expat Money Show on Best European Passports for Sale.

Overall Expectations for Expats in Greece

Expats in Greece can expect a cost of living that’s about 30 percent cheaper than the average cost of living in the rest of Europe. However, if the economy continues on its upward trend (however sluggish), it may be beneficial to start looking into opportunities now and begin planning your retirement among the art, beaches and mountains of Greece.

For additional information about moving abroad, or Greece, here are a few articles I’m sure you will enjoy!

Oldest and Most Renowned Online Casinos to Check Out in Europe