Retire to another Country Without Worrying about Money - Escape Artist 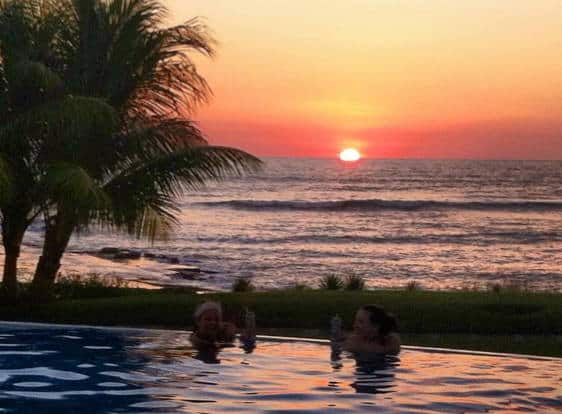 Retire to another Country Without Worrying About Money

Living in the United States has become increasingly more expensive each year, and I expect this to continue happening in major cities. Because of these increasing costs, many Americans are choosing to retire at an older age.

Cost of Living in the United States

The cost of living in the United States has become higher making adults think twice about moving away from their parents home making retirees spend their remaining years taking care of their children. While this is certainly a problem that needs to be dealt with, there is another way in which American retirees can enjoy their retirement.

It is true that housing costs and the cost of living have gone through the proverbial roof in some parts of America, but the dollar has been on a strong path going up in value in most countries around the world.

For this reason, American retirees are making the choice to retire overseas. The dollar is so strong in some countries that retirees can live in a foreign nation with what they have saved in their 401K or with what the government sends them. Here are some countries where if you choose to retire you will never have to worry about money anymore.

If you really want to retire in another country and not worry about money, here are a few destinations I think you’ll fall in love with.

The best option, in my opinion, for American retirees is to retire in Mexico, our southern neighbor. Mexico recently had a new president making the dollar go up in value significantly. Hundreds of thousands of Americans are already calling Mexico their home creating large communities in the states of Jalisco and Baja California.

Large parts of Mexico are fluent in English so you won’t have to worry about that. While it was true that at one point Mexico had a massive insecurity problem, things have changed. Mexico has become safer than ever with the new government and things are looking good.

The best part of retiring in Mexico is that you don’t have to spend much to live a comfortable lifestyle. You can have a house, car, gardener, cleaning lady, groceries, medical care, for less than 900 dollars a month. A major plus is Mexico’s proximity that Mexico has with the United States.

It shouldn’t come as a surprise to you to know that American retirees love to retire in countries that are known for their beaches. Panama has been called home by many retirees for decades now.  To retire in Panama is easier than you think.

Americans are loved in Panama, as they inject a decent amount of money into their economy each year by living and traveling to Panama. Living in Panama is a little more costly than living in Mexico, but a couple can live a comfortable life in Panama with 2,200 dollars a month.

For those Americans that want to get the farthest away from the United States possible, and live on a budget,  to retire in Thailand is a fantastic option. Thailand has one of the most diverse landscapes of any country. You have exotic beaches, big cities with a vibrant feel, small quaint towns.

Thailand is also one of the cheapest places there is to live in. To put this into perspective, a complete meal in Thailand can cost you less than 3 dollars. You and your wife can have a great life in Thailand for less than a thousand dollars a month.

Here’s a great podcast with JohnnyFD about living in Thailand

Costa Rica is a tropical paradise where everybody speaks English. The warmth of the people will make you want to stay in the country for a long time. To live a comfortable life and retire in Costa Rica with your partner you don’t need more than 2,000 dollars a month.

These are just a few options of many available. Every American has a different idea of how they want to spend their remaining years. Send us a message and we will make your dream of retiring overseas a reality.

I hope you’ve found this article on retiring overseas to be helpful. For more information, or for assistance with any second residency program, please use this link.  Thank you.

Six Reasons to Think Globally When it Comes to Your Business