Uber Outside of the United States - Escape Artist

Uber Outside of the United States 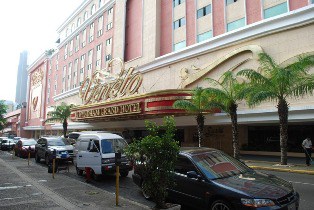 I love Uber. In the United States, it’s made entrepreneurs out of thousands of drivers looking for a little extra cash, and made it efficient for the rest of us to ride share. I take an Uber 2 or 3 times a week and have used it in 10 States and 5 countries.

All of this got me thinking about the differences of Uber America and Uber Panama or Uber Mexico.

When you take an Uber outside of the United States, it’s a very different experience. Uber abroad has the opposite business model of Uber America.

In the States, Uber is a great disrupter. They’ve decimated the taxi industry in just about every major city and undercut rates by 50%. Add to this the ease and efficiency of the Uber app, and taxis are today’s VHS tapes and Blockbuster Video.

Uber Offshore is the opposite. Prices are higher than the ubiquitous taxi. They still has the efficiencies of the app, but the cost can be double a traditional taxi.

Uber outside of the United States is about safety and a better, cleaner, more professional service. It’s for those who are willing to pay more for quality and security.

Taxis in Panama and Mexico are notoriously dangerous… and they’re in terrible condition. I’ve personally known several people, both locals and gringos, who were robbed and thrown out of taxis in these countries.

If you’re like me, and you want to explore the city but are done with the risks and hassles of expat life, I suggest you look into Uber.