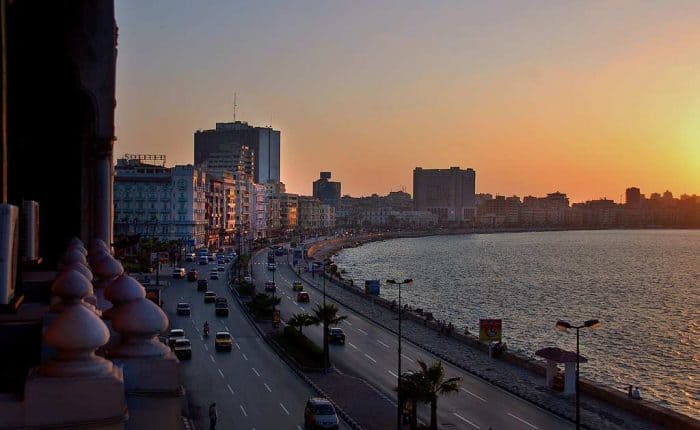 Egypt is a great place to go if you’re looking for a country rich in history and culture with plenty to see and do. It has a well-documented history famous all over the world, pyramids, the Nile, and ancient Egyptian villages. And while there’s no shortage of awe-inspiring sights, another popular reason for retiring abroad to Egypt is the low cost of living. With an exchange rate favorable to those moving from North America and Europe, expats can live a luxurious lifestyle for much less, and pensions can be easily stretched to last.

With the Egyptian pound being worth $0.056 USD, prices for those with American or European pensions in Egypt are very low. This is very appealing to those looking for a country in which they can retire with a high quality of life and a low cost of living. Cairo is the most popular expat destination, as it is Egypt’s largest city, and rent for a three-bedroom apartment right in the city center only equates to about $342.18 USD per month.

Likewise, you can go out to eat and have dinner for two at a mid-level restaurant for only $17 USD. A week’s worth of groceries for 2-3 people could easily cost $10- $15 USD. With the cost of living so low, your funds can be freed up for things like exploring the ancient ruins of Luxor, visiting the Pyramids of Giza and the Pharaohs’ tombs, and traveling along the Nile in river boats. Be wary, however, about entering just any area and renting or buying. Make sure that you are entering a safe area when researching places to settle down. There is a large wage gap between the upper and lower classes of Egypt, and it shows in the poorer areas where crime is more of an issue. This is true of most cities in most countries, so it shouldn’t determine your feelings about relocating abroad to Egypt in the grand scheme of things.

While Egypt doesn’t offer any type of incentives to expat retirees, there is no shortage of opportunity for them. Business and real estate, as well as stock exchange, opportunities are abundant in Cairo, the hub of the country. If you’re looking for a community of fellow expats, Cairo is where you’ll find them.

Healthcare in the main cities is up to Western standards, with many European and American trained physicians practicing in them. Dentists are known to follow Western safety protocol as well. Since healthcare is usually high on the list of criteria for most retiring expats, this is a huge burden lifted. There are many countries in which the cost of living is very low, but medical care falls below Western standards.

As far as language and customs go, it is polite to learn some Arabic to get along. English is widely spoken among the people, but Arabic is the national language and it will make your life easier to have a basic knowledge and understanding.

Much of the appeal of Egypt to foreigners is the kind and welcoming culture of its people. It is an Islamic country, though, so it’s also polite to keep in mind their conservative nature when it comes to clothing and style. Women are not required to wear a hijab or robe, but it’s good to show a respect for the culture by dressing conservatively.

Crime in Cairo is nearly non-existent. The government has police officers heavily guarding the tourist and expat communities so that you can feel safe in these areas. There is a wide gap between the classes, though, so be sure not to venture into rougher areas outside of the city. Check that you are staying in good areas before heading out, just to be on the safe side.

When it all comes down to it, the real reason everyone heads to Egypt is for the country’s history and natural beauty. There is so much to see! You can travel from Alexandria on one end of the country to Luxor on the other end and see ancient temples…and hieroglyphs…and pyramids…and the sphinx…and so much more! That’s not to mention the famous beauty of the Nile River that flows right through the center of everything. The Egyptians built their societies all along the banks of the Nile, and much of the rest of the country is uninhabited desert. Some of that is even fun for camel and ATV rides. If you’re headed abroad to Egypt for retirement, you’ll have a lifetime of adventure-ready and waiting for you.