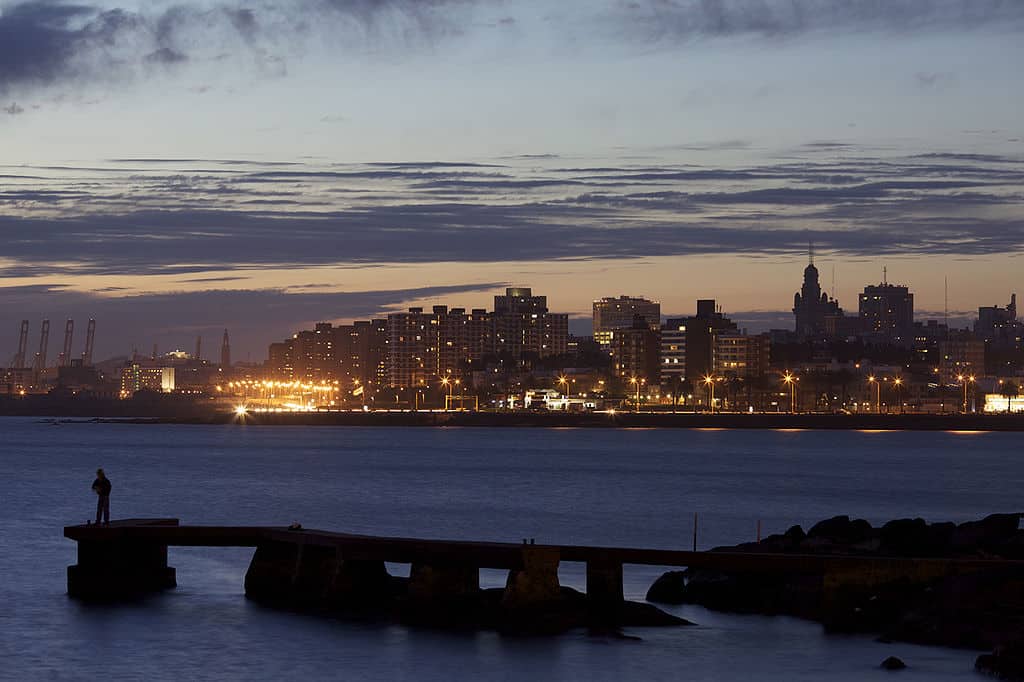 Uruguay might be the most politically and economically stable country in South America. It is certainly one of the safest. That’s why it gets so much attention from overseas investors. Its own neighbors, Brazil and Argentina, have a big hand in the investment pool, as well as investors from many other countries. The stable and gradually increasing GDP is a helpful hint that Uruguay is a solid place to secure investments abroad.

While there is no investment visa, you can apply for residency if you own property in Uruguay. This country is unique in that it does not differentiate between citizens and foreigners in its free trade market laws.  If investing is the route you want to take to reach residency, you might be glad to know that there isn’t a minimum investment amount with which you are required to qualify. This can be helpful when choosing your own method for applying. You can invest in agriculture, which is a booming industry in one of the most appropriate countries in the world for farming, or you can choose real estate in an economy that is consistently steady or growing.

Uruguay also has a growing mining sector which specializes in gold, gemstones (such as amethysts, which are known to have a deep violet color in this region specifically), and diamond exploration. There is one particular organization, called Orosur Mining Inc., which is leading the way in gold mining and exploration in Uruguay and some of its surrounding countries. This is a growing and developing industry, with bright hopes for continuing and future endeavors. Other mining influences fall in iron ore and crude steel.

Agriculture is one of the most lucrative industries in Uruguay, however. This is where much of the energy is focused for the economy thanks to its vast amount of arable land. The climate provides four mild seasons, the soil is not degraded as it is in many other places, and there is an abundance of clean water. In fact, this country has more farmland per person than any other country in the world.

The three biggest options for agricultural-type investments are for row crops (mainly soybeans and wheat), cattle breeding (Hereford and Angus cattle), and forestry. This country is the sixth largest exporter of soybeans in the world. It is fifth in dairy products and fourth in rice. In the world of cattle breeding, Uruguay produces 5 percent of the world’s beef, exporting it to over 150 countries.

In forestry, Uruguay is known for having the fastest rate of growth for eucalyptus, which is used for making paper pulp. Two of the world’s largest and cleanest pulp mills are located in Uruguay, allowing this industry to thrive.

In the real estate industry, foreigners can buy and sell real estate in Uruguay just as easily as citizens can. Uruguay also offers the same protections for foreign investors as those enforced for Uruguayan investors. Real estate registration and overall property rights are both thorough and actively enforced.

Uruguay’s real estate market was notoriously unaffected by the housing slump in 2008. This is believed to be because of its small mortgage-backed-lending market – 90 percent of property purchases are done with cash in the bank.

Some of the most popular areas for foreign investors to purchase property include: Montevideo (usually the business district, Buceo, Pocitos, or Carrasco), the popular resort and beach areas of Laguna del Sauce, Punta del Este, La Barra and Manantiales, Jose Ignacio, and/or Rocha, where there is a wealth of ocean plots still yet to be sold and developed.

Uruguay has been known for being much more stable and generally safer and better educated than many of the other South American countries. It is particularly known for its advanced education and social security systems, as well as its liberal social laws. For example, this country was the first in Latin America to develop a welfare state. It has often been referred to as the “Switzerland of South America.” Uruguay’s government operates as a peaceful democracy with a relatively large middle class and a lack of serious income inequality.

This political climate is known for its stability, and that security is what makes it popular among foreign investors. Uruguay has had one of the fastest growing economies in Latin American in the last decade. On a quarter per quarter basis, the country has seen GDP growth of 1.3 percent on average since 2005. Although it did see a crash in 2002, the country’s economy has been expanding, growing, and thriving since it’s gotten back on its feet.

Want to learn more about investing in Uruguay? Contact us below:

How to Find the Best Deals for Property Investing in Australia