Alright, I confess. I am a nesophile. I’m addicted to nesophilia. It’s not on any list of psychiatric disorders, however. The term was invented – a “neologism” – by one of the 20th century’s most eminent philosophers, Sir Isaiah Berlin (1909-1997), in 1938 while in Ireland.

While there, he combined the Greek word nesos – island, with philia – love, and declared he was a nesophile – a lover of islands. That’s me.

I suppose that’s obvious by now – as my eagle-eyed wife pointed out to me the other day, that of the several dozen Escape Artist articles I’ve written, more than one in four is about an island, 20 in all.

And there are so many more to go! Yet, I’ll be writing only about ones that are interesting, not even if they’re famous. I just got back from Majorca and Ibiza, for example. Nice enough, pretty enough – but, frankly, boring. There’s no real “there” there, as Gertrud Stein said about Oakland, California.

The most interesting island in the Mediterranean for me is Malta – which includes its sister island of Gozo. Just for openers, here is where you’ll find the oldest free-standing structures in the world.

This is the Temple of Ggantija (zhee-gan-tee-zha).  Built almost 6,000 years ago (before 3,600 BC), it is older than the pyramids in Egypt by a thousand years, older than Stonehenge by 15 centuries. It’s just one of a myriad of examples why Malta is one of the world’s most fascinating places.

In the Med, we already learned about Crete (The Real Atlantis) and Cyprus (The Museum of Barbarism on the Island of Love). Malta will come soon.

Ireland, from where Sir Isaiah wrote, is an island we learned the history of in Beyond the Pale. To the north, north of Scotland in fact, are the Orkneys, where you’ll find the 5,000-year-old Neolithic village of Skara Brae.

And north of the Orkneys and Shetlands are the Faeroes – islands of astonishing pristine beauty.

Lost in the middle of the South Atlantic is the world’s remotest inhabited island – Tristan da Cunha. The 260 Tristanians who live in the single settlement of Edinburgh of the Seven Seas – the most isolated community on earth – I found to be our planet’s most special and admirable people.

The picture at the top of this essay is of Tristan. You can see how happy I was to be here.

1,343 miles north of Tristan is the island of Saint Helena, itself so remote the Brits exiled Napoleon here. High on a hill is Longwood House, where he lived until he died in 1821. The home and gardens are well-preserved – even his death bed is on display.

In the Pacific, we’ve been Lost in Fun on Funafuti, in Idyllic Isolation on Canton Atoll, and reveled in The Paradise You Never Heard Of.

But how about scuba diving amidst an uncountable number of fish in the Galapagos?

Or getting to know a family of Orang-utans in Borneo?

These are just a few of the coming attractions you’ll be seeing in future Escape Artist essays. You’ll also learn how to experience these marvelous places yourself.

However… if you’re a nesophile like me, there’s the opportunity right now to experience with me a trio of the most fabulously magical islands in all the oceans of Earth.

They are the Atlantic Paradises you’ve read about – Madeira, and Faial and São Miguel in the Azores.

If you take a quick refresher through the three photo essays linked just above, I think you may find it irresistible to make these Atlantic Paradises a part of your life this coming June (June 20-29). If so, I encourage you to click here – Atlantic Paradises to get all the details and a lot more really cool photos.

Remember – Carpe diem. If not now, when? Life is short. The time for a great adventure is now. 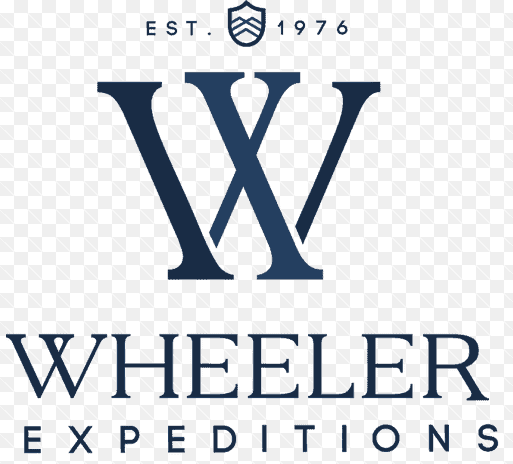 Top Travel Destinations For Millennials On A Low Budget