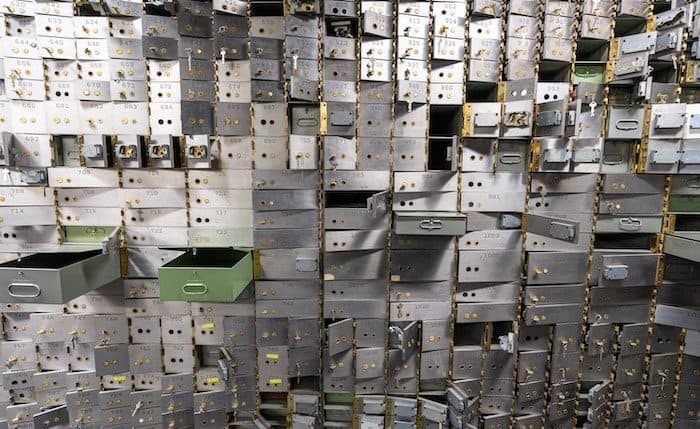 Here’s everything you need to know about the Offshore Voluntary Disclosure Program 2016. If you are a US citizen with an undeclared offshore bank account or offshore corporation, it’s not too late to come and get right with the IRS. If you’re caught at Balboa Bank or in the Panama Papers, or have yet to be found out, I strongly suggest you take advantage of the IRS Offshore Voluntary Disclosure Program 2016.

Whether you have been living abroad for decades, or are a true blue US resident, so long as you hold a US passport, you must report your offshore accounts. The Offshore Voluntary Disclosure Program 2016 has an option for each group, and I will explain them here.

History up to the Offshore Voluntary Disclosure Program 2016

The requirement to report foreign bank accounts (FBAR), foreign corporations (Form 5471), and to check a box on Schedule B of your personal return informing the IRS of your offshore accounts, have been around for decades. However, because the US didn’t bother to enforce these laws, few tax preparers were aware of these rules. For a time, offshore tax evasion was a term used against real criminals (think offshore ponzi scheme guys).

Then, going after Americans for their offshore accounts became profitable.

In about 2002, the IRS decided to target US citizens with foreign accounts. The government issued a subpoena to MasterCard and Visa and received a report naming thousands of Americans with credit / debit cards linked to foreign accounts.

The Service began auditing everyone on the MasterCard / Visa list, requiring them to report interest income from these accounts and usually charging a 25% penalty for fail to report. In extreme cases, the IRS added a 50% negligence penalty. Criminal penalties where unheard of at this time, and the negligence penalty could often be negotiated away.

Based on the success of this project, the IRS decided to double down. In 2006, the US Treasury, along with a number of other agencies, declared war on Swiss banks, particularly UBS.

UBS was particularly susceptible to this attack because they had a US banking license and hundreds of millions in cash and assets in the United States. All the government had to do was tell UBS they would lose their US license and the cash in the Federal Reserve would be forfeit for the house of cards to fall.

While the negotiation took years, UBS had lost the battle before it even began. And it was only a matter of time before all of the Swiss Banks followed suite.

Once the US government broke down the Swiss wall of secrecy, which had withstood for so many years, including through World War II, they began targeting US citizens with foreign accounts.

But, this time around, things were very different. Gone was the kind and gentle taxman who just took your money. He had been replaced by the IRS Criminal Investigation Division who carried guns and threats of incarceration.

The IRS decided to make examples of as many citizens as possible and make the punishment so harsh that anyone with an unreported offshore account would come forward voluntarily out of fear.

To maximize the value of this marketing program / tax collection plan, the IRS brought out the big guns. They charged a few persons in each State with a crime, usually putting them in jail for 5 years or more, and taking everything from them. These poster boys and girls were then hung out on the web like pelts to inspire fear.

At the same time, the IRS came out with the first Offshore Voluntary Disclosure Program. It’s provided an avenue for those with offshore accounts to come forward and avoid prosecution… a conduit for the collection of tax and penalties from offshore accounts not caught in the Swiss web… and the plan worked to perfection.

Starting with the 2009 Offshore Voluntary Disclosure Program, with changes in 2011, 2012, and 2014, the IRS had great success bringing in the cash. Over the years, over 50,000 people have disclosed, paying about $7 billion in back taxes, interest and penalties.

And this brings us to the current offshore programs.

There are several programs within the IRS Offshore Voluntary Disclosure Initiative (OVDI) to choose from:

The focus of this article are the Offshore Voluntary Disclosure Program 2016 and Streamlined options. Let me quickly mention options 4 and 5 for completeness.

Clients who reported all of their income, paid all their US taxes, were not wilful in failing to report, but forgot to file FBARs can simply file their forms and be done with the IRS. This used to be covered under OVDP FAQs #17 and #18. Now, the IRS calls it the Delinquent FBAR and Delinquent International Information Return procedures. Before using these programs you must be absolutely sure that you paid all of your US taxes… and that your returns will stand up to an audit.

The Offshore Voluntary Disclosure Program 2016 is the most complex member of the OVDI team. It’s for those who believe they have some risk of criminal prosecution or are otherwise unable to sign a pledge that they were not willful in failing to file and report their foreign account. The Offshore Voluntary Disclosure Program 2016 requires you file 8 years of amended tax returns and FBARs. You pay taxes, interest and a 20% penalty on whatever you owe. For most people, there’s also a 27.5% penalty on your highest offshore account balance. In some cases, that penalty may be 50% depending on the bank and timing.

The primary benefit of the Offshore Voluntary Disclosure Program 2016 is that it protects you from prosecution, which the Streamlined program does not. The OVDP costs more, but you get peace of mind. If you believe you are at risk of being considered willful or persecuted as a criminal, go with the OVDP.

How do you determine if you have a risk of prosecution? Whether the Streamlined program or the Offshore Voluntary Disclosure Program 2016 is applicable? It hinges whether you were willful when you setup the offshore account and in how you managed the account once it was created.

If you intended to hide money from the IRS, or it appears you did, then go with the Offshore Voluntary Disclosure Program 2016. If you were unaware of your filing obligations, but took no affirmative steps to hide from the Service, then the Streamlined program might be the correct choice.

With the Streamlined program, you must state under penalty of perjury that you made mistakes but were non-willful. Keep in mind that the IRS can investigate your filing and your statement. If there are signs you were willful, beware that the IRS may impose criminal sanctions and jail time.

I will discuss willfulness in detail below. Let me first cover the two Streamlined programs.

You qualify for the Foreign Streamlined program if you (or you and your spouse if a joint return) if one of the following applies:

First, the Domestic Streamlined penalty is calculated on the year-end account balances and year-end asset values. The OVDP only  requires you to take the highest value of the account during the year. See 2014 OVDP FAQ #31.

Also, you can typically ignore foreign bank accounts that are tax compliant but not reported when calculated the OVDP penalty. See 2014 OVDP FAQ #45. The Domestic Streamlined penalty requires you include all accounts that were either unreported or tax non-compliant.

Now on to the the heart of the matter, willfulness. The IRS says any person with a foreign account should read the applicable government tax forms and instructions. And, having read them, failing to follow-up or get professional advice can provide evidence of willful blindness. See Internal Revenue Manual, 4.26.16.4.5.3, Paragraph 6.

If you read the forms as is required, you know (or would have known) that you have a duty to report your offshore accounts. Likewise, you knew or should have known (by research or by getting professional advice) that it was illegal not to file them.

Likewise, if you signed a tax return under penalty of perjury, and checked the box on Schedule B as no, you may have been willful. You had a duty to investigate that answer on your return. (US v. McBride, 2012-2 USTC 5066)

Relax, if your duty to read the thousands of pages of tax forms, understand the return you sign, and hire an expensive CPA, were the definitive criteria, everyone would be willful and we wouldn’t have a Streamlined program.

For purposes of the Streamlined program, non-willful conduct is defined as conduct that is “due to negligence, inadvertence, or mistake or conduct that is the result of a good faith misunderstanding of the requirements of the law.” (FBAR Willfulness Penalty – Willfulness IRM 4.26.16.4.5.3 (07-01-2008). The more stringent definition of “willful blindness” described above and in court cases is not referenced in the Streamlined procedures.

In most cases, willfulness requires some conduct meant to conceal the existence of your offshore bank accounts. Some affirmative act to hid your income or assets from the IRS.

Examples of conduct that that the IRS believes may show willfulness include:

The last one has landed a number of clients in hot water. Most tax preparation questionnaires ask whether you have an offshore account. Checking the box no is a clear case of willfulness (US v. J. Bryan Williams, 2012).

The most popular excuse is that the client told their tax preparer and the preparer forgot to put it on the return. Be careful here, the Streamlined programs requires that the you provide specific reasons for your failure to report. If you relied on a professional advisor, you are to include the name, address, and telephone number of the advisor and a summary of the advice… and the IRS might call that advisor and ask them what happened.
The examples above should not be the end of your analysis before deciding for or against the Streamlined program. For example, you may have set up a trust or corporation for a legitimate purpose… this fact alone does not disqualify you from the Streamlined program. Likewise, you may have been kicked out of one offshore bank that stopped doing business with US persons and forced to move to another. These are not the end, they represent just is one more hurdle that you get over in the explanation.

As you go forward, keep in mind that, should the IRS audit your filing, the burden of proof is on you to show that you were non-willful. You may believe you were innocent, but consider how the IRS may view your facts. How your situation appears to the reviewer. The optics of your filing.

I hope you’ve found this article on IRS Offshore Voluntary Disclosure Program 2016 to be helpful. For more information on Gold and Silver or Gold Vaults, you can contact our office HERE and we will be happy to assist you.

If you have Gold and Precious Metals, and wondering the best place to store them, then reach out to our friends at Fort Kobbe Depository in Panama. They really are the best!

Here are a few articles on Gold and Precious Metals that you may enjoy reading!

Is Silver a Better Investment Than Gold

3 Things You Should Know about Self-Directed IRAs

Crowdfunding for Real Estate Through Syndications

The Greek Phoenix: How Tourists are Bringing the Athens Real Estate Market Back to…

Opening a Business and Business Etiquette in Tonga