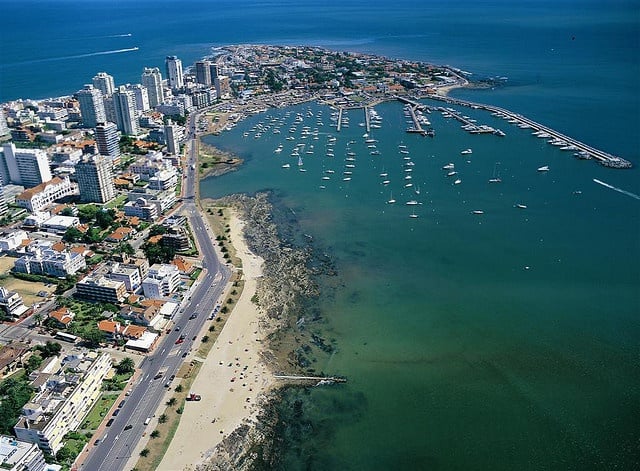 Uruguay, a small South American country of European heritage, has been known for decades as a beacon of stability and safety.  And, in recent times, it has been increasingly attracting Americans and Europeans seeking new alternatives for safe investments, residency, and citizenship.

Are you an entrepreneur, looking to start a business in Uruguay? Biz Latin Hub, from Colombia, helps companies maneuver through the legal aspects of making life in a new country a realty. Every country is so different, and Craig Dempsey and his team can help make Uruguay your new companies home.

Here are the reasons to make Uruguay your new home!

What makes Uruguay stand out?

For starters, it is the country with the highest GDP per capita in Latin America; it has a broad middle-class, modern infrastructure, and solid institutions.  Foreign and local investors receive equal treatment, private property is strongly respected, and there are no restrictions on the movement of capital in and out of the country.

Transparency International has consistently rated Uruguay as the least corrupt country in Latin America throughout the years.   The Economist Intelligence Unit rates Uruguay as the most democratic country in the continent. The World Justice Project rates the country at the top of the list in terms of rule of law.

Uruguay’s advantages can be summarized by:

So, what does Uruguay offer?  Among the many attractions that the country has, this article will focus on those benefits that most expats seek:

Uruguay has a stated policy of welcoming foreign nationals who wish to live in the country.  There is no immigration quota, nor does Uruguay´s immigration authority discretionally reject applications.  It is not required that the applicant invest in the country, either.  As long as the applicant meets some simple requirements, permanent resident status is always granted.

The documents that are required are: the applicant’s birth certificate, a clean police record (which, for U.S. citizens, can be requested in Uruguay itself, at the local Interpol office), and proof of some source of income to support oneself.

The moment the application is turned in, the candidate is granted Temporary Legal Resident status and receives a Uruguayan identity document.  The file then travels through a series of verification steps and, usually within six to eight months, Permanent Legal Resident status is obtained.

Uruguay allows dual and triple citizenship, and the country’s passport is a very reputable one.  So, if after residency, one also wishes to obtain Uruguayan citizenship (and a second passport), the applicant needs to wait three years (if married), or five years (if single). This period starts to run from the moment one first arrived in Uruguay to file for residency, and the person needs to spend six months out of each of those 3 or 5 years in the country to obtain citizenship.

The formal requirements to obtain citizenship are simple: two witnesses who can attest to the applicant’s connection to the country and documents that show activity in the country (such as visits to a doctor or a dentist, payment of social security taxes on an employee, a work contract or ownership of a business).

Farmland investing in Uruguay is one of the most attractive global investment options for the medium and long term. This is due to several factors:

Row crops, especially soybeans and wheat, and to a lesser extent corn, barley, and sorghum are the main crops being planted in Uruguay’s agricultural heartland. The country’s soil quality, climate, and infrastructure have placed it as a global player, and today the country is the 6th-largest global exporter of soybeans, 5th in dairy products, and 4th in rice.

Uruguay breeds mainly Hereford and Angus cattle, 90% of it on natural pastures, and the use of antibiotics and growth hormones is prohibited. It is the only country in the world with 100% traceability of its cattle herd, from birth to slaughter. The country has a high sanitary status, which grants it access to the top global markets (Uruguay’s beef exports, which account for 5% of global sales, reach over 150 countries).

Uruguay has the world’s fastest rate of growth of eucalyptus for paper pulp. The industry was jump-started by a promotion law passed 25 years ago, and since then it has grown exponentially. In recent years, Finland’s UPM and Sweden’s Stora Enso installed the world’s two largest and cleanest pulp mills in western Uruguay. Stora Enso will open a third one in 2018, and with it, Uruguay will become the second global exporter of short-fiber pulp. In addition, the country enjoys the highest sustainability FSC certification in the world: over 80% of its forests are certified.

Investing in farmland is simple, and thanks to the widespread technical expertise available, it’s an easy turnkey investment to have.

Foreign buyers of real estate are attracted by the diversity of options Uruguay offers, whether one is buying a full-time home or one to enjoy for part of the year.

Montevideo, the country’s capital and most populous city, offers pleasant coastline neighborhoods and colonial architecture with pedestrian streets in the Old City.  Condos, single homes, and large estates are available within short distance.

Punta del Este, a seaside city 90 miles east of Montevideo is a favorite with foreign buyers.  South America’s premier beach destination, also known as the Riviera of the south, Punta del Este offers unparalleled beauty and taste on a large stretch of diverse white sand beaches.  Sailing, golf, polo, and fine dining are widespread.  The lifestyle option that Punta del Este offers is ideal for buyers of all ages, whether they are moving permanently or spending a season in Uruguay.

Colonia, a 17th-century World Heritage town 120 miles west of Montevideo, comes in third among favorites with expats.  It’s a small-scale town on a wide river, with cobblestone streets lined by cafes and restaurants and abundant colonial architecture.

Lifestyle farms complete the list of most popular real estate options.  They abound around the cities of Colonia and Montevideo and especially in the hills just north of Punta del Este.  Usually 10 to 20 acres in size, they offer the farm lifestyle with the convenience of a modern home and proximity to a main city.

For information on going offshore, please read: The Ultimate Guide To Going Offshore

One of the biggest challenges is learning a new language. Most of the countries in South America speak Spanish, with Brazil as the only country that speaks Portuguese. To make the transition easier for you, I would suggest you reach out to our partners at ICanTeachYouALanguage and sign up for their top notched language program. You won’t be disappointed. If you act now, I believe their is a $100 rebate when you use our link. Good Luck!