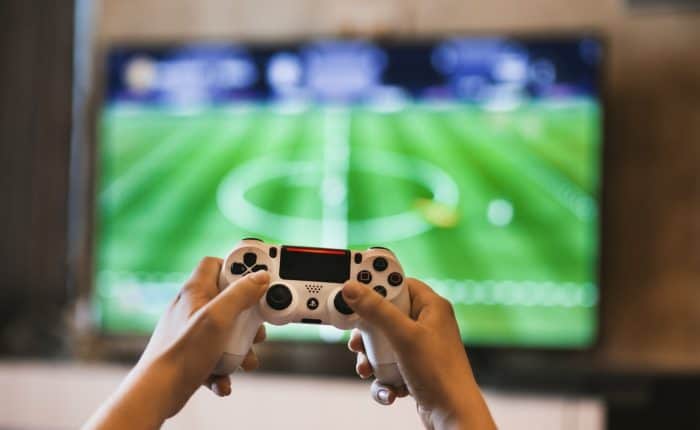 There is a new form of rockstar in the world—the professional video gamer. After dedicating their lives to perfecting skills in certain types of games, or mastering multiple types, eSports stars are making serious money. Enjoying the fruits of their labors means competing in gaming events across the globe. Move over Mick Jagger, there’s a new superstar in town.

The global eSports audience size for eSports in 2021 was 474 million and is expected to grow to 577.2 million by 2024. With the audience size steadily growing year on year, gamers are elevating themselves to international celebrity statuses.

As with any high-earning individual, global eSports stars need to deal with their taxes in the best way possible. Fortunately for those who make a living playing video games, offshore tax can be a significant benefit to their finances.

What Makes an eSports Star?

eSports stars are essentially video game players who play and compete for money. They have the skills to be considered among the best in the world at a particular game and play those titles competitively against other top-ranking players. The money-making potential of an eSports star is considerable, as showcased by the $7.1 million (£5.46 m) in total earnings of the highest all-time earner, Johan Sundstein, aka N0tail.

It’s important for gamers to get good at the right types of games, with the top-ranking titles for financial prizes being Dota 2, Counter-Strike: Global Offensive, and Fortnite. Dota 2, for example, has earned the eSports community $280,875,333 (£215,988,917) since hosting its first professional tournament.

Where are Gaming Events Held?

While eSports events can technically be held online, they tend to be hosted in arenas where the gamers come together and compete in the same space. This not only allows for the competitive edge to be at its sharpest, but it brings a live audience who will cheer for their favorite players and teams.

Events are held around the world. Many are hosted in the United States and Southeast Asia, but South America and Europe also host many events. As such, eSports stars should think of themselves as globetrotting athletes competing for top prizes.

Perhaps you could even compare them to Formula 1 drivers as they spend much of their lives flying around the world to compete in live events. But, even the most well-traveled stars must call somewhere home, so where is best for an eSports gamer to live?

As professional video game players don’t need to stay in one place for too long, it is advantageous if they choose to reside in a country with favorable tax laws. As a similar sport, Formula 1 is a great comparison to make with eSports stars. F1 drivers are part of a team, and they must race at events around the globe, while also reporting to a central base for testing and training.

The same is true of an eSports star, and while they may compete at events around the world, their team is typically located in one place. Monaco is a common choice for F1 drivers due to its tax haven status where residents don’t pay income, wealth, or capital gains tax.

Or Gibraltar, which offers state-of-the-art infrastructure and an enviable level of technical, legal and financial know-how for teams and individual players. Plus, it has tax exemptions to make it an attractive proposition to globetrotting individuals.

Does Age Make a Difference in Tax Obligations?

The average age of an eSports player is 25.7 years, but that doesn’t stop young players from excelling. According to the Guinness Book of World Records, the youngest ever professional gamer was Victor De Leon III, akak Lil Poison, who signed a pro contract at just seven.

Whether a young eSports professional has to pay taxes depends on the laws of their country of residence. For instance, in the U.K., children under 18 years old still must pay tax once they earn beyond the minimum threshold that also applies to adults. Most countries ensure income tax is related to the level of wealth someone accrues rather than their age.

This means young eSports stars aren’t automatically exempt from paying taxes on their earnings, which may come as a surprise to them. Fortunately, offshore tax can help once again and ensure eSports stars enjoy better tax benefits regardless of their age. Gaining residency may be an obstacle; however, so it’s important to consider immigration rules and regulations.

What’s the Difference Between eSports Stars and Streamers?

There is a subtle difference between eSports stars and streamers, although they are not mutually exclusive. An eSports star is a professional gamer making their money through prize money and sponsorship for playing particular games at events.

A video game streamer appears on platforms such as Twitch, Mixer, or YouTube and makes their money through donations, advertisements, subscriptions, and sponsorships. Streamers can get good enough at certain games to become eSports stars, and eSports stars can be streamers thanks to their large online fanbases.

Breaking Down an eSports Star’s Earnings

As we touched upon earlier, some of the best eSports stars can rake in serious amounts of money during their careers. With career earnings for hundreds of players reaching the seven-figure mark, it’s important to understand where all this money comes from. The largest pot of money available to a professional gamer is in tournament winnings.

Some of the largest prize pools in eSports can turn individual gamers into millionaires with victory. The International 10 is a crowd-funded annual Dota 2 world championship that most recently gave winners a share of a $40 million (£30.8m) pool.

Many pro gamers also take a salary when they align themselves with a team. This ensures they continue to make money as they train for events and tournaments rather than solely relying on being victorious. They can also enjoy a healthy income as video game streamers, with the highest-paid Twitch streamer, Ninja, making $25 million (£19.2m) in 2021.

Mike James, Independent Writer
I am a freelance writer specialising in property, investment, cybersecurity and finance. Originally from Redhill in England, I have been living and working in Europe for the last few years. I consider myself a digital nomad who enjoys sharing my knowledge with like-minded industry-professionals.

Time to Plan Your Escape Route