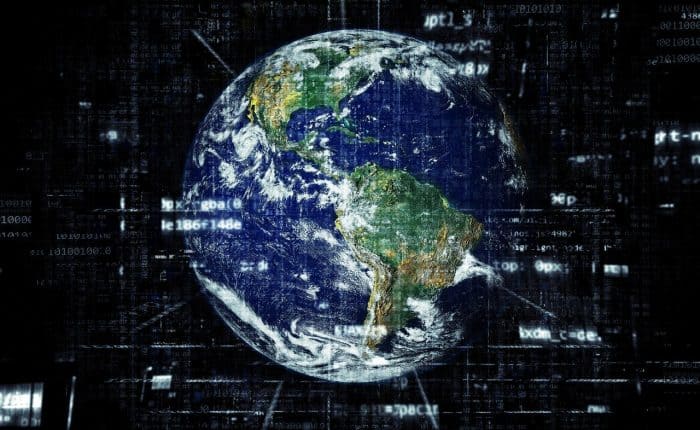 As the US-China trade war continues and Hong Kong faces increasing political pressure from pro-democratic protesters, many are seriously considering the possibility of a global recession. Economic analysts from HK have already announced that the country has officially entered an economic recession for the first time in the past ten years. With the potential Chinese recession resulting from the trade war, we really have to consider what this means for the global economy—and the answers aren’t all that great.

Over the past couple of decades, the East has emerged as a leading economic region in the world. China alone accounts for 30% of global economic growth—indicating that it’s responsible for 30% of all global economic activity. This trade with the United States alone has inflicted a fair bit of economic damage, the political uncertainty in Hong Kong is only adding to the pressure.

While the US-China trade war doesn’t directly affect the Hong Kong economy, the damage to the Chinese economy is rippling into the city. A bird’s eye viewpoints out how this trio—US, Hong Kong and China are threatening a global economic recession.  With the inevitability of economic collapse in the East,  it might be time to start making some changes to your investment portfolios.

The Economic Linkages between HK And China

Although Hong Kong comes under the authority of the Chinese government, the city still has the autonomy to make its own legislation and economic policy. This political state of affairs effectively means that Hong Kong is a separate economic entity from Mainland China, and had become one of the most well-established financial centers in the world.

While the Chinese government itself never intervened in the Chinese economy, Chinese companies often used Hong Kong to conduct business with the global economy. Similarly, foreign corporations often used Hong Kong as a springboard to jump into mainland China. Hong Kong, with its financial and debt markets, has long since been used as a source of acquiring investments for Chinese businesses. It’s a mark of how effective this strategy was that nearly 54% of all the financing for Chinese businesses was raised in Hong Kong.

The Threat Of Being Cut Off From Foreign Capital

The US-China trade war and the financial uncertainty in Hong Kong represents two of the most severe economic crises for the Chinese economy. The trade war cuts China off from any business from the United States—amounting to a total of $660 billion worth of goods trading alone. This is a huge revenue deficit that’s only supplemented now that Hong Kong’s literally hemorrhaging capital—indicated by a fall to a 30-year low valuation of the Hong Kong Dollar back in May. Reports indicate that nearly $1.6 billion fled the country through China alone at the same time.  Clearly, the Chinese government and financial entities are scrambling to get a handle on the trade war and these political pressures in Hong Kong aren’t exactly helping the situation.

The Chinese Central party has hinted at a potential military intervention in Hong Kong if the situation isn’t brought under control. Martial law in Hong Kong also signals possible credit controls in the HK economy to prevent people from taking money out of the city.  At the moment, these outflows aren’t anything to be worried about, but they might very well accumulate to a point where the mainland Chinese authorities might want to intervene. The increasing political and economic burdens on the country and the shortage of capital inflows don’t bode well for anyone.

How Does This Affect The US

I find it fascinating how everyone’s focused on the effects of the trade war for the Chinese economy, but no one really speaks of how the US economy’s affected by the war. Experts indicate that this trade war is slowly escalating into a currency war where Chinese investment volumes have come down to 10% of what they were back in 2017. These capital outflows will force the US economy, which are already beginning to take effect. The Trump administration is happy with a 2% annual growth rate compared to a 4% economic growth norm a few years ago.

Implications For The Global Economy

What Do You Need To Do?

We don’t really know how the tides will turn and if we’ll even hit an actual economic crisis, but it’s still important to have a contingency plan. I’ve written extensively about the inverse relationships between securities, exchange rates and gold markets. As these markets crash, people will flock to gold and force the market to rise beyond anything we’ve ever seen before. In light of these economic dynamics, you would do well to start moving money into gold and moving your funds outside of Hong Kong as soon as possible.

There’s a potential boom in commodity markets because no one wants to be on the losing end of a US-China trade war. Even now, global gold markets were rising because investors expect an impending market crash in the coming few months or some time later in 2020. Back in August, gold rates were already rising by 1% due to fears of a prolonged trade war. It’s definitely time to jump on this wagon or be left behind and dragged lower with this absolutely idiotic trade war.

Right now I’m working with people from the Fort Kobbe Vaults in Panama, who’re offering some of the best gold storage vault services on the North American continent. Given how you can’t really go to the East or the US to preserve your wealth, you should really consider investing in gold through Fort Kobbe instead of waiting this out.

I hope you enjoyed reading: Hong Kong, China and the US—The Threat Of A Global Recession.  For more information on Fort Kobbe Depository and storing your precious metals, contact us here and we’ll have someone contact you immediately.

I would also like to include a few articles about Gold and Precious Metals that I think you will enjoy reading: