Getting Paid In A Different Currency - Stop Using Banks! 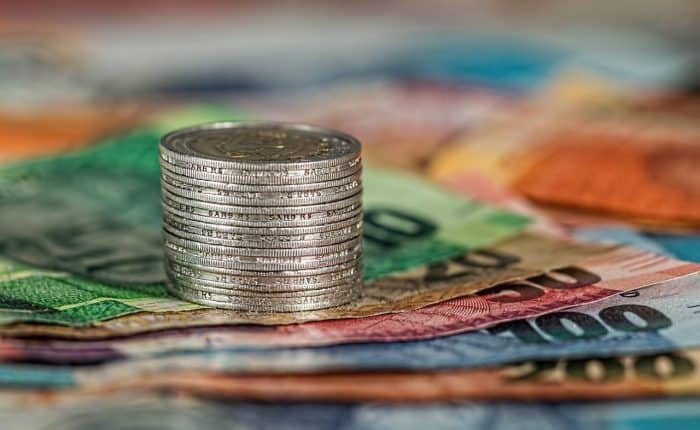 Being an expat and working overseas usually means getting paid in a different currency to the one you’re living in. In fact, this is probably the case even if you’re in your native country — freelancing and remote work usually pays better when leveraging the global market. Flying somewhere cheap and getting Central European or North American clients is “digital nomading” 101.

It’s no good to waste 5% of your monthly revenue on currency spread and transfer fees. Your annual returns from your portfolio investments could literally be canceled out because of naivety or complacency around exchanging money.

The Rate You Get From Banks

There are some different ways to handle and organize multi-currency income and such, but the main thrust of this argument is to stop using high street banks.

When exchanging your money via your traditional bank account, the bank will typically take around 3% to 5% in currency spread. This means you’re getting fewer Euros for your Dollars, for example. On top of this, banks will often charge a fee of around 25 EUR/USD.

Many expats will be tricked into thinking that they’re getting a good deal because they’re avoiding the flat fees, but they’re also receiving a terrible exchange rate. This would have been understandable 15 years ago because banks were convenient. Now? Banks process these payments even slower than the fintech substitutes.

As a rule of thumb, you shouldn’t settle for anything greater than a 1% currency spread and 0% in fees (or vice versa) when dealing with major currencies. Fintech money transfer companies such as Revolut and Transferwise essentially offer zero fees, and between 0% and 0.5% from the mid-market rate. This means you’re often getting what the banks get themselves.

There are many older, more reputable old dogs in this market space too. Such companies will lack transparency over a clear rate and will instead be dependent on each transfer. You may feel more secure though in using other companies when transferring large amounts — plus Revolut also has a small limit on how much you can freely transfer.

It’s About More Than Just The Rate!

When dealing with multiple currencies, it’s ideal to have an e-wallet that can store these currencies. This makes things much easier because you can keep hold of different currencies until you need them, rather than exchange everything immediately when getting paid.

Traditional banks are exceedingly poor at this, even though it’s likely that they’re operating and licensed in the multiple countries you’re affiliated with. Having two or more currency wallets inside the same account is extremely beneficial to managing your finances. Not to mention the speed in which internal transactions are usually performed. Even the UK challenger bank Starling has a Pounds and Euros account option, with internal transfers being fast and the rate you’re receiving is often 0.5% (though this is not guaranteed unlike its remittance competitors).

Such online payment platforms like Revolut and Transferwise also make ATM withdrawals extremely easy and frictionless. There is usually a modest daily limit of £150 to £300, but nevertheless, you’re going to receive your guaranteed rate. It should be noted, though, that it’s often much more preferable to transfer the money into a domestic-currency account. This has nothing to do with the limitations of the companies, but instead the ATM itself. Many ATMs abroad will often charge for withdrawals, or simply won’t recognize such foreign payment cards.

If you’re being paid in an unstable currency, or perhaps during political uncertainty such as Brexit and the pound, then you may want to make use of hedging tools. These don’t have to be big numbers — you can simply lock in an exchange rate for a future transfer for a small amount of money.

This is highly advised if you’re moving back home from somewhere and you’re wanting to exchange all of your assets. When exchanging $200,000, you can literally lose $5,000 in a day or two because of price fluctuations. You can just as easily lose $10,000 in currency spread and transfer fees.

Unless it’s a quickly improvised move, and a large amount like this needs to be secured. No one is a winner when it comes to Forex. There are just varying levels of losers. The goal is to limit a potential loss. If you’re trying to predict the market, you may as well take that money to a casino. Taking a small, guaranteed loss is better than leaving it up to fate.

The last thing to consider is how your foreign currency can help you diversify your portfolio of investments. If you have a heavily weighted portfolio towards the dollar, but you’re being paid in GBP, it may be worth your time looking at FTSE ETFs and such. Whilst this will depend on where you think you will end up living in the future, it can be a good way to diversify your portfolio without the usual currency risk and friction.

I hope you enjoyed reading: Getting Paid In A Different Currency – Stop Using Banks!