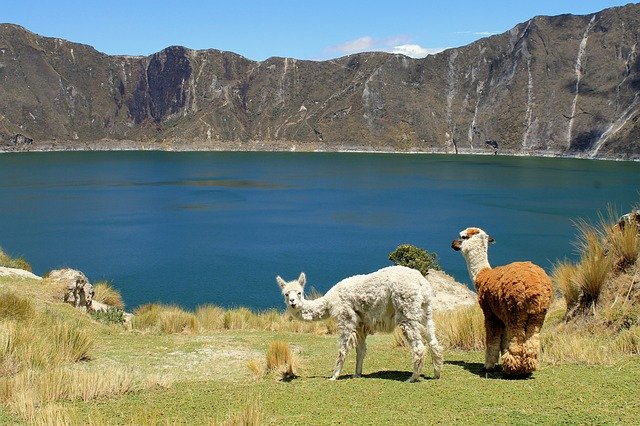 Foreign Direct Investment in Ecuador popped strongly in the 2nd Quarter of 2013.  Ecuador saw $276.6 million USD of Foreign Direct Investment (FDI)  flow into the economy during this 2nd Quarter, a significant increase in FDI activity over the 1st Quarter.  The Central Bank of Ecuador released figures showing $114.6 million USD of FDI inflow in Quarter 1 2013 vs. the $276.6 million USD noted in Quarter 2 2013.  A year-on-year comparison also shows strong positive results, with the 2nd Quarter 2012 FDI showing $180.9 USD of inflows.

Francisco Rivadeneira, The Minister for Foreign Trade, stated that this represents proof that Ecuador is projecting an image of strong economic growth and a climate of safety for foreign investors, as President Correa takes his message of FDI opportunities across the global community.  The latter personal roadshow effort by Correa was defined by Rivadeneira as exemplary of a fundamental step towards personally assuring foreign investors that Ecuador is working hard to attract foreign investment and is totally committed to providing the required level of safeguards and security

A breakdown of recent FDI inflows to Ecuador shows the bulk of funds directed at the service sector and the construction sector.  With the manufacturing and mining sectors receiving the next largest percentages.  Some of this recent success was attributed to the relatively new ProEcuador program, intended to raise global awareness as to the FDI opportunities that exist within Ecuador, in sectors such as construction, mining, services, manufacturing and technology.  The program was modelled after a similar effort initiated in Chile over a decade ago.

The Pro Ecuador effort not only intends to draw attention to the general opportunities but promises to introduce a bevy of specific, targeted portfolio projects to the global investment community.  The government of Ecuador is committed to these ventures in order to permanently change the economic base of the country away from a possible over-reliance on oil revenues, in a manner where these well-financed projects can be complemented with private sector FDI.

Also breaking the perception mould of Ecuador, it becomes a curious exercise to see where the largest FDI funds were sourced, during the recent investment pop.  With all the talk of the USA being replaced by China as the “economic lifeline” of Ecuador, the reality paints a much different and more balanced portrait.  The country with the highest levels of FDI was Uruguay, a somewhat neighbouring South American nation.  Quite ironically a neighbouring South American nation which has become the press darling of the Western media, which has dubbed Uruguay as the “Switzerland of South America”.

After Uruguay, the leading contributors to Ecuador’s robust FDI expansion were Mexico, a NAFTA trade partner with the USA, Italy, a fellow EU / NATO nation, Panama, a central USA regional ally and…finally…China, in that exact order.  Not the numbers one would equate with the rhetoric of an isolated Ecuador, or a nation wholly reliant on investments from outside the Western / USA sphere of geo-political interest.

Candidly, economic realities are a great deal more complex and, certainly, advancing much more rapidly, than the standard mainstream media news coverage suggests.  For those private sector corporate entities, with FDI funds set aside, it might be a prudent time to investigate Ecuador, as a viable option.  That is, before the value opportunities are all played out.

I hope you enjoyed reading this article: Foreign Direct Investment in Ecuador. If you have any questions, please contact our office HERE.

Between a Cliff and a Hard Place: The Travels and Trials of a White Girl in India,…

The World’s Most Powerful Passports in 2022