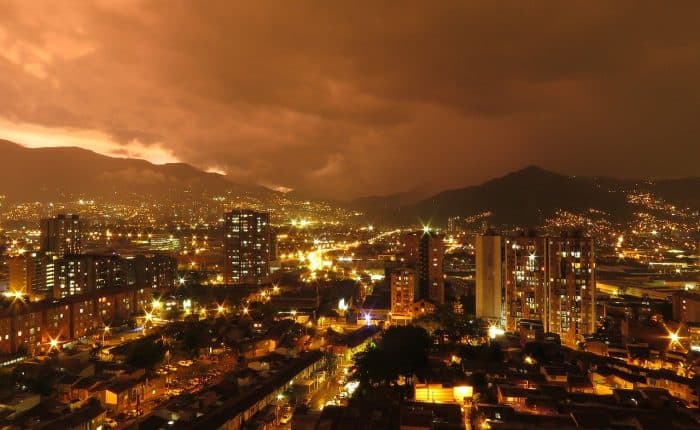 Many people who are familiar with First American Realty in Medellin, know that they are the number one Expat Real Estate consultants for Medellin Colombia real estate listings.  Rich Holman, the founder, has had his story told many times but the other partners have ”languished” in obscurity.

Joe Greco’s entrance into the company brought about a number of dynamic changes. Joe is an intuitive, creative, street smart guy. He has an excellent eye for good value and a great vision for project development. Here is his story.

The Volkswagen Diaries by Joe Greco

Still recovering from the downturn in the US economy in 2009, I knew that I needed to leave Bellingham, Washington and conquer a new world. When I made up my mind that the plan was to head to South America, I started letting friends and family know.  It would be about six months until I was organized enough to hit the road, so I figured I would take the time to say my goodbyes while preparing for the upcoming adventure.   I was amazed as to how many people told me that they had the same dream trip in mind, and hopefully, one day, they would get the opportunity to pursue it as well.  My plan was pretty open.  I only had three goals in mind. 1. Experience living in another country.  2. Live on the ocean. 3. Continue my passion for investing in real estate (only this time, with an International twist – Medellin real estate).

With that decided, I organized most of my personal matters, and headed South with the essentials in tow; a 1987 Volkswagen van (equipped with a bed) and plenty of camping gear, a six-month-old Chihuahua (aka – my version of a van security alarm system) and what was left of my personal belongings (as the rest had been liquidated or given away).

My brother and his family had just spent the summer in Buenos Aires (BA) visiting some old friends, and BA came with high recommendations, as it offered a large city with a lot of real estate potential, a rich history and culture and an ideal setting with great access to the Atlantic coast.

With no specific timeline in mind, I stopped in various locations, connecting with friends and family who joined me for various legs of the journey along the way.  When I hit a city or town that caught my attention, I would pause and do some basic research.  I would check in with local real estate agents to see what the pulse of the market was and their version of the future potential.  The question that was always in the back of my mind, ‘Could I make a long-term, viable life here?’.

Having been to Mexico many times prior to this trip, it was a top contender as it offers a big, beautiful coastline, a laid-back culture and some of my favourite cuisines.  Since Mexico was the first of many countries to come (and with Buenos Aires such a long way off and still calling me), I was content to just take notes and then decide if it made sense to return after my full trip was completed.  For me, one of the bigger turn-offs of Mexico was that in some ways, it felt like it had already been picked over by the many years of intense exposure to Gringo travellers and the close proximity with the USA border.  For me, I wanted to be a bit more of a pioneer and locate a soon to come, or emerging market on the verge of discovery.  My highlights in Mexico were Todos Santos (for its amazing beauty), Manzanillo (for its upcoming investment potential) and Morelia (for its charm and ease of living).

114: How To Memorize A Foreign Language – Dr. Anthony Metivier

Central America was mostly new to me, except for one previous trip to Costa Rica.  With seven different Countries and cultures to choose from, each one seemed to offer a bit of a unique perspective from the others.  My highlight was the mountain town of San Pedro, which sat on the edge of Lake Atitlán in Guatemala.  It was a small town that seemed to have some existing inroads from foreigner travellers but was far from overwhelmed like several of the locations that I saw in Mexico.  This, coupled with the town’s natural beauty and lake views, made it land a top spot on the potential consideration list.

Since the Pan American Highway discontinues in Panama and picks up again in Colombia with no passage via land, I rented a room in an apartment in Panama City while I set about to research the process to ship my van to Colombia and receive it on the other end.  Having some time at my disposal, I checked out the tourist highlights – with the stunning beauty of Casco Viejo and the awe of the immense, man-made Panama Canal being my favourites.  I also did some due diligence in Panama City with regard to real estate opportunities.  Panama City is somewhat progressive and developed compared to most of the other cities that I had seen and it felt like it offered lots of potentials.  I had lucked out at renting an apartment in the neighbourhood of El Congrejo, which, by the end of my stay, I had decided would have been the place to start (both living and investing) if I ever decided to return.  Even with the big investment upsides, what eventually drove me away (no pun intended) was the weather.  As I was looking to build a home base and a premium lifestyle for years to come, the heat and humidity were too much for me to handle.  A week or two of vacation by the poolside is workable in the heat, but long term it just wouldn’t do.  With that decision, I loaded the van into a shipping container, grab the security alarm system (AKA, the Chihuahua) and headed for the airport to rendezvous with my belongings in Cartagena, Colombia when they arrived in Port a few days later.

Born and raised in the USA, and ‘knowing’ the history of Colombia, the plan was to make B-line south via the inland highway and pop out at the Ecuadorian border. From there I would follow the Coast line south in the search of paradise.  Based on my pre-trip research, Colombia was at the bottom of my list, as it had mountainous geography and a high concern for safety levels.  What was perplexing, however, was that of the many travellers that I had met along the way at hostels and such., Colombia probably came with the highest regard.  Nonetheless, I had no intention of being land-locked, and although Colombia has both a Pacific and Atlantic Coast, the climate on the Atlantic side was almost as hot as Panama, and the Pacific Coast was extremely raw and rugged beyond my interest.

By now I had already been on the road for six months and it seemed like it might be time to pick up the pace and accelerate my arrival in Buenos Aires.  Having seen firsthand my other options so far,  BA was still my perceived best option (site unseen).  I set off for an estimated three-day transit through wild Colombia.  And that’s when it all began.

Stay tuned for the Colombia sequel!

As I’ve mentioned several times when people are thinking of either moving to Colombia or just going for a visit. They really must (or should) take Spanish classes.  Olly Richards from ICanTeachYouALanguage has a great program for all types of levels.  Go and visit his website, you won’t be disappointed.

Survival Tips for Your New Life in Moscow – Part 4