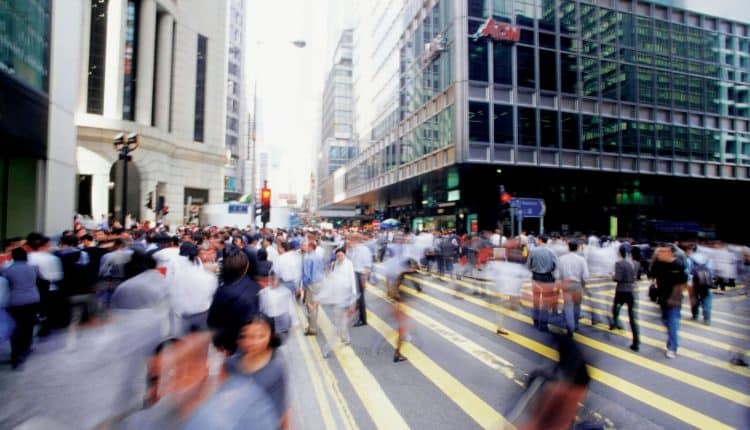 Citizenship-by-Investment, or Ius Pecuniae, a rarely known term in the early 2000s, has now become an increasingly important topic of interest. ‘Passports’ have become the buzzword these days and the industry is valued in billions of dollars, with eight (8) countries offering legal and well-established citizenship programs – and four (4) more in Asia and the Middle East offering relatively less popular programs. Two other European countries, namely Montenegro and Moldova have also announced the launch of their respective citizenship-by-investment programs.

Additionally, a number of countries in Europe and rest of the developed world offer residence, or investor immigration, programs also referred to as golden visas – a term coined by Portugal for its residence visa program. More and more affluent, and globally-mobile, individuals and families are appreciating the need, and benefits, of acquisition of second – and multiple – citizenship and are taking advantage of the currently available programs.

Residence- and citizenship-by-investment programs liberate the bona fide individuals from the shackles imposed on them by virtue of their original nationalities.

Where did the Concept of Citizenship Come From

Different countries offer right of naturalization or citizenship, in different ways, to foreign nationals. The concept of citizenship may go as back as Ancient Greeks and Romans. While other ways of acquisition of foreign citizenship, such as ius soli, a rule practiced in the Americas, which grants the right of nationality or citizenship to anyone born in the territory of a state, may not be that criticized, ius pecuniae or citizenship by investment does draw some criticism, something that is debatable.

Economic club theory of citizenship by Buchanan in 1965, which also supports Reich’s idea, explains the rationale behind grant of citizenship to foreigners on the basis of investment.

The first ever reported case of citizenship by donation, or ius pecuniae, was that of Friedrich Nottebohm, a German national naturalized in Liechtenstein in 1939, on the basis of payment to the commune, to the state, a security sum deposit, and payment of annual naturalization tax subject to the proviso that the payment of these taxes was to be set off against ordinary taxes, which would become due if the applicant took up residence in Liechtenstein. This was cited in the famous Nottebohm case in the International Court of Justice (1955).

While Caribbean countries were the first ones, but not the only ones these days, to formally regulate the grant of citizenship right to foreigners, upon meeting a certain pecuniary (monetary) criteria, certain other countries also provide facilitated naturalization to foreign nationals who make exceptional contribution to the economy of the host countries, Austria being one such notable example.

It may be noted that regulating the grant of citizenship to foreigners upon making an investment, a concept first pioneered by Saint Christopher (St Kitts) and Nevis in 1984, does take some governmental or ministerial discretion away from the concerned authorities that may, otherwise, have discretion over grant of citizenship to people who make exceptional contribution to the economy of the respective country.

However, to make sure that unwanted people do not misuse such programs, robust due diligence procedures need to be adapted by each such governments to ensure the integrity of such programs which play a pivotal role in the economy of the smaller nations.

European countries, unlike the Americas, have abolished unconditional ius soli, with Ireland being the last such country to abolish birthright citizenship by enacting Twenty-seventh Amendment of the Constitution of Ireland in 2004.

Citizenship by investment has also been adapted by certain European countries. The Republic of Ireland ran an investor citizenship or economic citizenship program from 1989 to 1994 that utilised the grant of naturalization by way of exception to people of ‘Irish associations’. Qualified applicants were deemed to fulfill the criteria of ‘Irish Association’ by establishing a manufacturing or international service or other acceptable wealth and job-creating project involving a substantial investment.

Another European country, Montenegro, a beautiful country in the Balkans and part of the former Republic of Yugoslavia, used to have a citizenship by investment program. Montenegrin ‘citizenship-by-investment’ was available to those individuals who have invested in Montenegro’s economy, or donated funds to Montenegro. Pursuant to the decision (art. 3), such persons should be ‘established experts or investors of undoubted international reputation’. The Government of Montenegro has, recently, announced plans to launch its citizenship-by-investment program by October 2018. as an effective tool to improve the economy.

Malta and Cyprus Citizenship by Investment

Currently, two members of the European Union, Malta and Cyprus are running a modified version of citizenship by investment programs. The programs, which at the time of their launch, did not require the applicants to reside in the country, were later amended to introduce some residency requirements, twelve (12) months in Malta and six (6) months in Cyprus.

The Republic of Moldova has also launched its citizenship-by-investment program, and the program is expected to start very soon.

Vanuatu, an island country in the Pacific Ocean, also runs a citizenship by investment program.

Canada, which doesn’t have an economic citizenship program, one of the fewer countries to practice ius soli, pioneered the concept of business immigration programs in 1978 with the introduction of classes of entrepreneur and self-employed persons. The investor class introduced, later, in 1986 and redesigned in 1999 became one of the most successful investor immigration programs in the world.

Other countries including but not limited to United States of America (USA), the United Kingdom (UK), Ireland, Australia, Portugal, Spain, Greece, Latvia, and Monaco operate investor residence programs that grant right of residence to foreign nationals upon making the qualifying investment in the respective countries. Certain countries, such as Switzerland, operate tax-based schemes.

In this globalized era, where businesses are growing globally, more and more individuals want to acquire freedom of movement globally, freedom to choose a place of residence in the country of their own choice, freedom to get their children educated from the institutions they feel are best for them worldwide, freedom to get medical treatment from the hospitals they feel can provide best cure and the freedom to run a business in the jurisdiction of their choice.

Excluding the individuals who are involved in any sort of illegal activity, this demand of freedom and liberty by individuals can be considered just.

More and more countries are designing citizenship by investment or investor immigration programs to attract foreign investment into their countries for improving their economies.

80 Countries Around the World

It is estimated that more than 80 countries, around the world, offer residence or citizenship rights to foreign investors in one way or another. However robust due-diligence standards, pricing befitting the offered benefits, smart processing and effective channeling of the foreign direct investment for the economic development of the countries and for the prosperity of their nations, by the recipient governments, will determine which programs will outperform in this competitive marketplace.

Smaller countries, where tourism, financial services, and economic citizenship in five countries, play a significant role in the economies, a more astute approach may be required, by each country, to ensure the integrity and to keep the popularity of such economic citizenship programs. There will, always, be a competition and the programs with futuristic approach will continue to perform better.

Here are some additional articles that I’m pretty sure you will love!

The article is written by Dr. Hussain Farooq who is the President of HF Corporation, a citizenship advisory firm. HF Corporation on one side advises the high net worth individuals on acquisition of second citizenship and residence, by way of citizenship-by-investment; while on the other hand it runs a government-advisory practice that liaises with different governments to build up strategies for bolstering foreign direct investment, in their respective countries, through (re) structuring and promotion of such programs.