Why Should You Consider Cyprus' Citizenship by Investment Program? 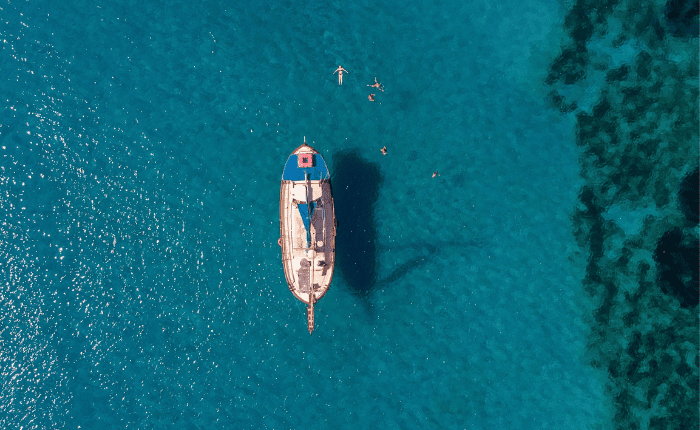 Over the last few months, I’ve received a number of general and specific inquiries about different Citizenship by Investment passport programs. Rather than answer them all individually, I decided to do a short series of articles focusing in on the various Citizenship by Investment(CBI) programs along with some of the reasons and local colour that makes each country (or region in some cases), and CBI program unique.

My travels took me to Cyprus this past week and here my series begins. I’ll continue through Europe over the next few weeks and then touch on the Americas (including the US and Canada) and finish up in Asia and the Pacific.

The intensity of the colours is the first thing you notice in this Mediterranean paradise.  The flowers’ intense reds, purples, pinks, and yellows adjoin the roads, houses and even the shopping centers. The ocean is a deep blue colour that merges into the horizon with the blue sky.  Blue on blue, except in the shallow bays were a Caribbean aquamarine invites you to take a swim or don some snorkel gear. The sun is intense, but the cool breeze off the ocean is refreshing and makes air-conditioning unnecessary.

Client Business, specifically Cyprus’ residency, and citizenship by investment program is what brought me here, but the weather, exceptional food, kind English speaking people, ancient culture, great infrastructure, low crime and corruption, and modest cost of living is more than enough to make anyone happy here whether for vacation, for retirement, or for a dynamic tax-free place to do business.

Cyprus is on my personal shortlist of all-around best places to live, work or retire.   You might find anyone reason to relocate somewhere else to be better, but I’d challenge anyone to find a better all-around place for every aspect of personal, business and professional life anywhere.

Does Cyprus Citizenship by Investment Stack up to its European Competitors?

So what about Cyprus’ Citizenship by Investment Program? How does it stack up to its European and worldwide competitors?

I suppose I’d answer that by asking a client, “what’s your time frame and what’s your budget?”

For those with high dollar (or euro I should say) budgets and little time to mess around, Cyprus again comes in first.  With a minimum investment of 2 million Euros (current exchange rate $2.24 million) into Cypriot real estate, a certificate of naturalization and a passport can be had in as little as six months. Virtually no other CBI passport program from a first world country can be achieved so quickly.

According to a number of locals with whom I spoke, Cyprus’ economic wonderland came about specifically because of its citizenship by investment program, along with its international financial center (Tax Haven) status that brought the country back from the brink of financial ruins.

How the Past Has Affected Cyprus

Indeed in the 1960s, war broke out between the majority Greek Cypriots and the minority Turkish Cypriots bringing about UN Peacekeepers who are still visible on the island today. Turkey invaded the northern third of the island in the 1970s to protect its interests and proclaimed an independent “Turkish Federated State of Cyprus“, a claim recognized only by Turkey and rejected by the rest of the international community. The aftermath of the war brought not only UN Peacekeepers, but economic upheaval and human flight of hundreds of thousands of Cypriots to mainly other English speaking countries, including the UK, US, South Africa, and Australia.

How Did All of this Change?

Cyprus’ Citizenship by Investment Program changed all that. The program is purposely expensive, at €2 million, and limited to only 700 applicants per year. But do the math; 700 x 2,000,000 =1,400,000,000 being pumped into a small country’s economy every year.  The actual number is even higher as the average purchase by citizenship by investment buyer for 2018 was €3.4 million, ($3.9).  And once the luxury villas and condos started going up, the Bentleys and Lamborghinis soon followed along with upscale shops, restaurants, private international schools and everything a jet setting, a high net worth person could ever want.

High wages and a small labor pool started attracting many Cypriot expats back to Cyprus, including many highly educated and tech-savvy young people looking for opportunities and bringing their skill sets with them.

As a full-fledged member of the EU since 2004, Cyprus presently has an increasingly high standard of living (currently ranked number 25th in the World) with real growth of 4 percent last year ( the highest in the Eurozone),  and the Cypriot passport is considered one of the best in the world (current rank 16th) for visa-free travel.

A recently discovered major underwater natural gas field between Cyprus and Israel (estimated at 3.2 trillion MCFs)  could help Continental Europe to wean its way off of Russian gas and is sure to drive the per capita income of Cypriot nationals even higher.  Crime and official corruption are nearly non-existent in this Mediterranean jewel of just over 900,000 people. Again, what’s not to love about this place?

And what about people who would like to take advantage of Cyprus’ Citizenship by Investment Program, but don’t have 2 million Euros to spend?

Well if you are a bit patient, you can achieve the same status as a millionaire investor with as little as 300,000 euros.  That’s because Cyprus also has a golden visa investor program similar to Spain and Portugal that leads to citizenship for those who come and live here after 5 years’ time.

If you don’t want to set up shop in Cyprus, just show up once every two years and your Permanent Residency status is yours forever.

Think of it as a great plan B for anyone wanting to continue to live and work in their home country. And 300,000 euros can certainly buy a nice ocean view condo or townhouse where you might like to spend some time, or you can rent it out to others on long or short term bases.

Some developers will even guarantee you an investment return making Cyprus truly one of the only places in the world where someone will actually pay you to get their residency or citizenship.

And for citizens of many countries (but not the US), Cyprus has a program whereby you can live in Cyprus just 60 days per year and thereby make Cyprus your domicile for tax purposes.  This sixty-day rule, coupled with the corporate Tax Haven status helps high net worth and ultra-high net worth families minimize their global tax rate to as low as zero.

It’s no wonder that one high-end condo complex I toured in Cyprus had small one-bedroom units starting at 1.5 million euros going up to over 10 million for a spacious six-bedroom penthouse.  The developer told me not only about the high quality of the construction methodology but also the high calibre of the neighbours.  Indeed it was positioned as a global “country club” on the ocean for decamillionaires on up to billionaires from every corner of the globe with every conceivable high-end amenity you could ever imagine.

Whether you can get in the fast lane to citizenship or need to stay in the slow lane, I encourage you to get on the Cyprus Citizenship highway today. Enjoy a part or full time, low cost and high-quality lifestyle in one of the birthplaces of Western Civilization.

The mythical Greek Goddess Aphrodite was said to have lived in Cyprus.  The Apostle Paul’s first Missionary trip was to Cyprus where he converted the local Roman Governor to Christianity igniting the spark that became the world’s largest religion.

Cyprus, originally became a British protectorate in 1878 as the Ottoman Empire faded, and was later annexed by Britain in 1914 at the start of World War I. It became an important military outpost in World War ll. The resulting British Administration (and remaining British military base), left behind the English language and a bureaucratic efficiency that still benefits Cyprus to this day.

Think of Cyprus as all of the romantic notions you might have about living on a Greek island, including the great food, friendly people, weather and culture, but without all of the headaches and challenges that Greece poses.

First World infrastructure, straight forward and understandable rules of law, a competent and honest bureaucracy make this a place you may just want to call home. Indeed, for many wealthy business people, Cyprus has become a place where they can base their family for educational purposes, safety and freedom.  In many cases, the breadwinner still works and travels back and forth to their country of origin, but they attain a peace of mind knowing their family and their assets are safe in Cyprus.

I finished eating an outstanding local lunch of boiled white beans mixed with shredded fresh tuna called “Louvi”, along with a Greek salad, toasted garlic bread with olives, and a jolt of Cypriot coffee (stronger than espresso) at one of my new favorite restaurants, prior to writing this article.  The bill for two of us with tax and tip was under 20 euros.  My colleague was in a hurry to get to another meeting, and when he let the proprietor know that he was a bit rushed, our food started coming out immediately. Within 5 minutes the whole table was covered in food.  My friend commented that “in America, you eat fast food, but in Cyprus, we are served great food fast”. What a way to finish some remarkable days on this Mediterranean jewel.

I leave Cyprus tomorrow, but somehow I’m already looking forward to my next trip back.  We are already planning some high-level Escape Artist Cypriot passport events this Fall in select North American Cities and a conference here for late 2019/early 2020. If you’d like to register for one of these North American events or our “Explore Cyprus Passport Event” in Cyprus, you can contact us HERE for more information.

Here is a podcast interview I did with Mikkel Thorup from the Expat Money Show on Asset Protection.   I had a great time on his show.  I hope you enjoy our chat!  Joel Nagel – Asset Protection.

Until next time, I wish you health, happiness and the time and energy to explore our wonderful planet. 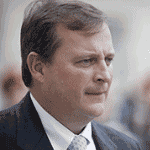 How To Facilitate Your Children’s Heart-Led Learning, Passion, and Creativity Through Worldschooling