Financial Secrecy or a Tool for Achieving Globalization? 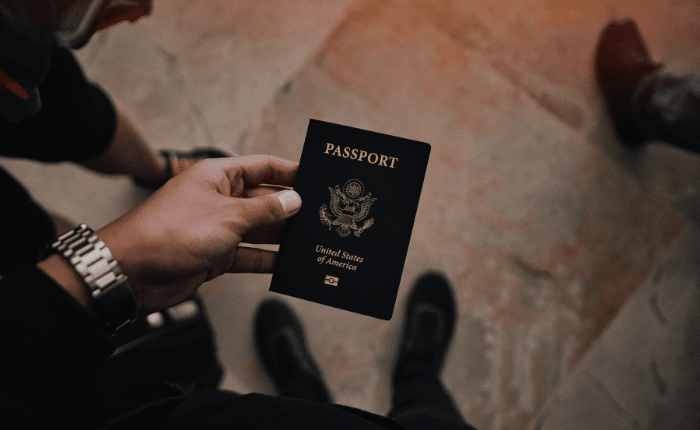 Each day, approximately 350,000 babies are born in the world, according to a UNICEF estimate, with most of these births taking place in Asian and African countries.

All nationalities are not equal, and all passports cannot afford the same privileges to their bearers. Some passports afford their bearers the convenience of traveling to a great number of countries, around the world, without the need for prior visas; while other passport-holders have to go through the hassles of obtaining visas, most of the time, before they can make their travel plans, either for business or pleasure.

Despite all the talks of justice, equality and globalization; the individuals at international borders are treated not on basis of their talents but on the basis of their nationalities which, originally, are beyond the control of an individual.

A gentleman working for a US corporation was posted in the United States. During the early years of his career, his wife gave birth to their first child, a son— who, by virtue of jus soli, the law of soil being practiced in the Americas, became a US citizen. Some years later, the gentleman moved to his native country as an executive in a big Middle Eastern group where the couple was blessed with their second child, a daughter — who by virtue of jus sanguinis, the right of blood, a rule practiced in the majority of countries around the world, became a citizen of their native country.

The children, now in their teenage years, were born to same parents but the first child, the son, has the liberty to access more than 170 destinations around the world — while the second child, the daughter, cannot even visit the nearest European country without first obtaining a visa.

a specialist doctor from an Asian country needs to go through the hassles of obtaining a visa in order to attend a conference in London, something which requires him to take out a considerable amount of time from his busy practice in order to visit the visa centre of British High Commission to first submit his visa application along with his passport and then to collect it — while his fellows from the so-called first-world countries, albeit having the same qualifications, can simply book a flight to London without going through any visa hassles.

This discrimination, regardless of the reasons behind it, creates a desire for acquiring second citizenship — a citizenship which comes with a well-respected passport.

Several countries around the world, which do not have huge economies, contemplated the need for designing such foreign direct investment programs through which bonafide investors could be encouraged to make a significant economic contribution to the host country and, in return, the investors could be granted the citizenship of that country. The grant of citizenship to foreigners on basis of significant investment — or extraordinary talent — has been in practice for centuries. The famous Nottebohm case, cited in the International Court of Justice, was the first reported case of citizenship-by-investment.

Friedrich Nottebohm, a German national was naturalized in Liechtenstein in 1939, on the basis of payment to the Commune, to the State, a security sum deposit, and payment of annual naturalization tax subject to the proviso that the payment of these taxes was to be set off against ordinary taxes, which would become due if the applicant took up residence in Liechtenstein.

Most of the applicants for such programs originate from Asia, Middle East, CIS, and Africa region. The passports of most of these countries are not well-regarded and hence the desire for having alternate citizenship emerges.

Over a period of time, the countries on the receiving end have established strong protocols to ensure that persona non grata, unwanted people, do not misuse these programs. It may also be noted that tax planning — or tax evasion — is rarely a side benefit of these programs. The applicants from a Gulf country, for example, do not need any new strategy or a vehicle to avoid taxation because of a very low, and efficient, taxation in their own country. Moreover, individuals who may want to avoid paying taxes on their assets do not even need to opt for second citizenship as there are very tax-efficient vehicles available in different jurisdictions, including some of the US states like Delaware, Nevada or Wyoming, which do not require the beneficiary to be a citizen of the host country.

Financial Secrecy Index 2018 — the world’s most comprehensive assessment of the secrecy of financial centres and the impact of that secrecy on global financial flows — indicates that six out of the Top 10 FSI 2018 countries are either members of the OECD or their dependencies.

Interestingly, none of the countries operating CBI programs comes in the top ten countries on the list — while no Caribbean country, with a CBI program, comes in even the top 50 jurisdictions enlisted in this financial secrecy index.

Merely stating that the citizenship-by-investment programs help individuals in avoiding taxation would be a very far-fetched statement.

Opting robust due diligence standards, many of which are already in place, coupled with a consolidated industry voice is need of the hour. Most of the programs are efficiently designed — yet the industry does lack a consolidated voice to counter the occasional negative attention, or scrutiny, these programs sometimes attract from the global watchdogs, inter-governmental and/or supranational organizations.

The article is written by Dr. Hussain Farooq who is the President of HF Corporation, a citizenship advisory firm. HF Corporation on one side advises the high net worth individuals on acquisition of second citizenship and residence, by way of citizenship-by-investment; while on the other hand it runs a government-advisory practice that liaises with different governments to build up strategies for bolstering foreign direct investment, in their respective countries, through (re)structuring and promotion of such programs.