In my opinion, the best way to describe Budapest is as a place of survivors. Comprised of two separate districts split by the Danube, Hungary’s capital reveals its past through architecture and culture. Understanding historical events heightens your awareness of the environment and enhances one’s appreciation for a truly beautiful city. 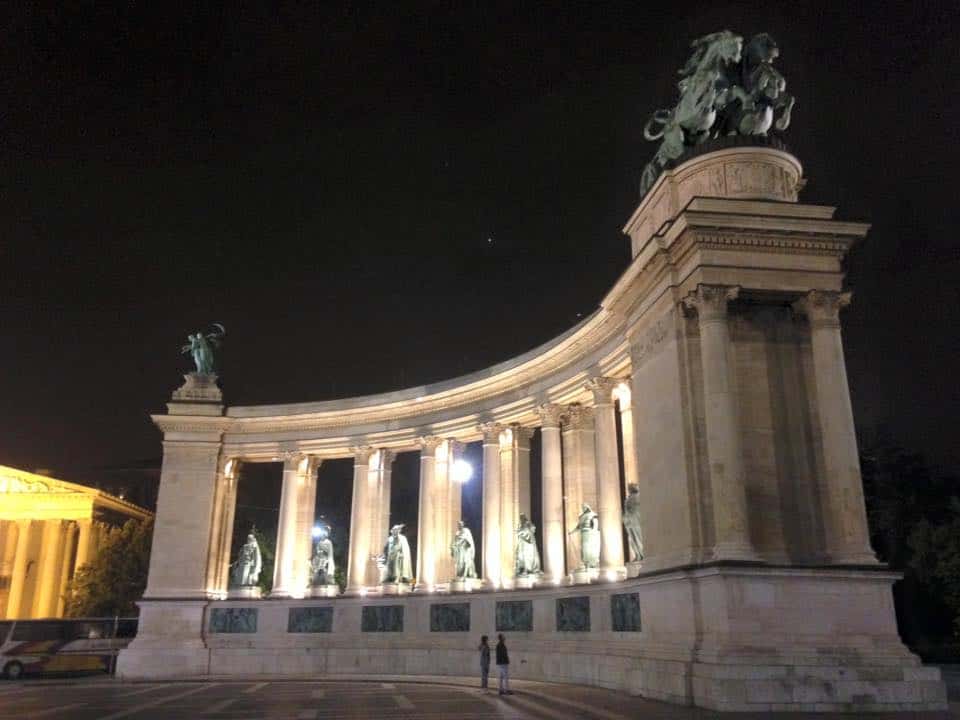 First thing’s first, impress the locals and respect the language by minding your pronunciation: It is pronounced “Boodah – Pesht.” The conjoined name originates from two formerly independent cities, which is evident when observing the differences that still linger today.

Buda, or the old district, lies to the west of the Danube. It is relatively flat and is home to famous structures such as the 13th-century Matthias Church, the Parliament building, and other traces of life dating back hundreds of years ago. Buda is still sprinkled with its communist past, seen in the design of the plain, uniform apartment buildings. We even saw a Trabant, the car’s plastic exterior faded from years of enduring the elements.  I recommend visiting UNESCO’s Buda Castle, which is a fantastic and flamboyant structure. Don’t miss the Millennium Underground Railway, the second oldest metro railway in the world. If you visit in early October, you should be lucky enough to attend the Chimney Cake Festival. Hosted in City Park, the festival is a delicious way to admire the impressive Heroes Square (Hősök tere) where Hungarian heroes are remembered for their sacrifices in the name of freedom and independence. 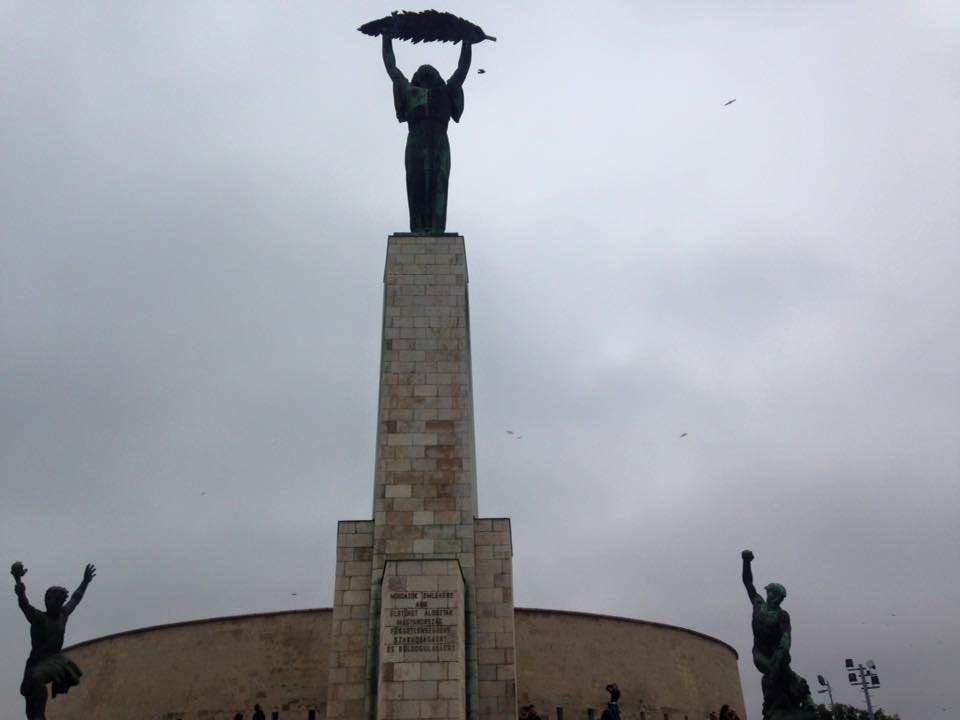 Pest, on the other hand, is hilly and covered with trees. The cobblestone streets wind up and down, and there are beautiful park paths leading up to the Liberty Statue. The tumultuous history of the Liberty Statue perfectly paints the struggle between democracy and communism, as it was first erected to honor liberation from the Nazi’s by the Red Army. Over 40 years later, Hungary transitioned from communist rule to democracy and re-purposed the statue, since funds were too short to erect a new one.  The only difference, and an important one at that, is an inscription that reads, ““To the memory of those all who sacrificed their lives for the independence, freedom, and prosperity of Hungary.” It is an ironic and curious monument that offers a stunning view of the city. 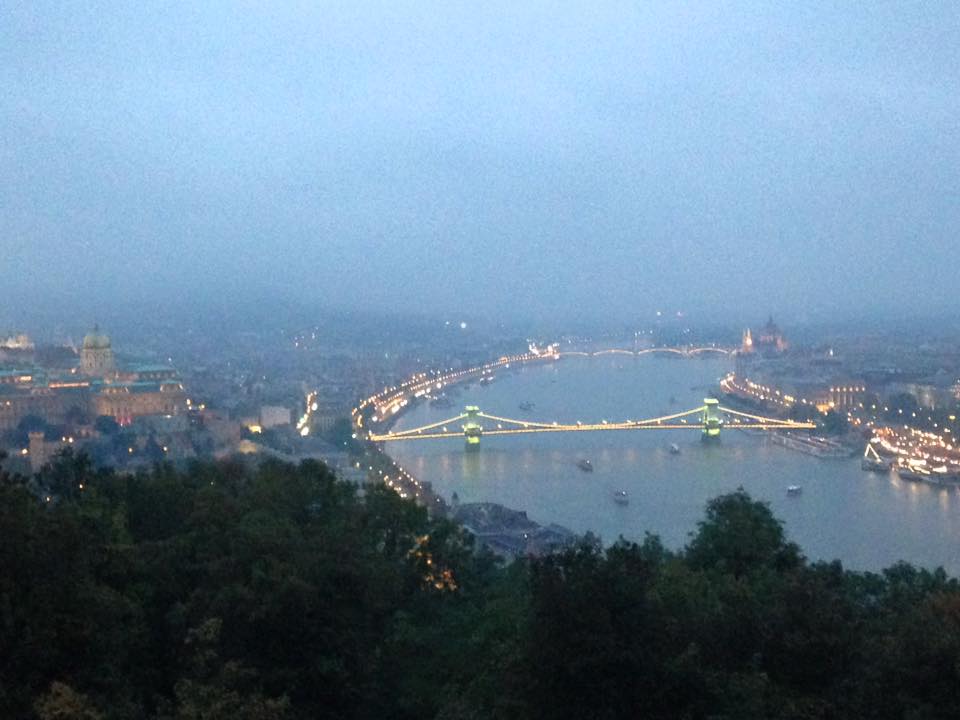 Don’t be fooled into thinking that Budapest only has a rich past. Present Budapest offers some unique scenes, like the Ruin Bars. After WWII, the Jewish neighborhood, District VII, was left in shambles. Instead of leaving the abandoned buildings to decay, Hungarians created one of the hippest scenes in Europe. From the outside, the buildings sport little more than bullet holes, but the interior is anything but dead. House music, garage bands, great drinks, and wild dancing bring the district to life in a sort of post-apocalyptic setting. While each bar has its own personality, they all share the same theme: underground and groovy. Check out Szimpla Kert, the original ruin bar, to feel how it all started while sipping a cocktail in its eclectic courtyard. Instant, which converted an entire apartment building, is the place to dance the night away. If you are looking for something less touristy and more low-key, Fogasház hosts art exhibits and has a ping-pong table. 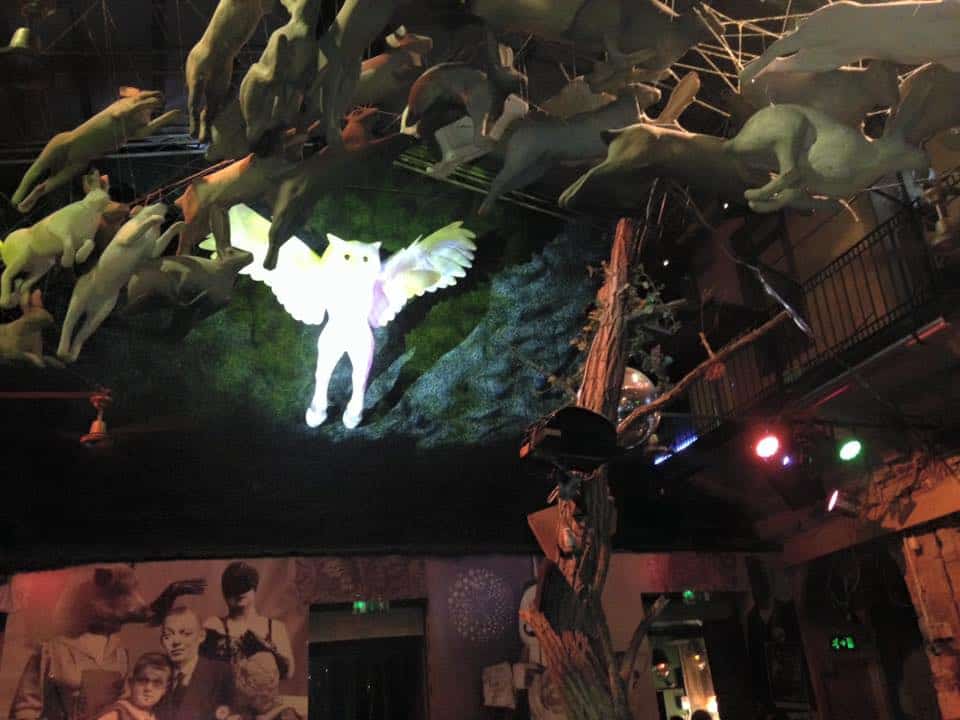 It’s difficult to describe a city like Budapest. It’s unconventional, to say the least, and highly adaptive. Hungarians are peculiar, very nice and forward, and I cannot help but respect the resiliency I see all around the city.  If you’re thinking about a visit to this wonderful city, don’t think twice.

I hope you enjoyed reading: Budapest Basics (Part 1). If you have any questions about moving overseas, please contact our office HERE.  Please enjoy the rest of the series:

How Governments use Passports as Weapons