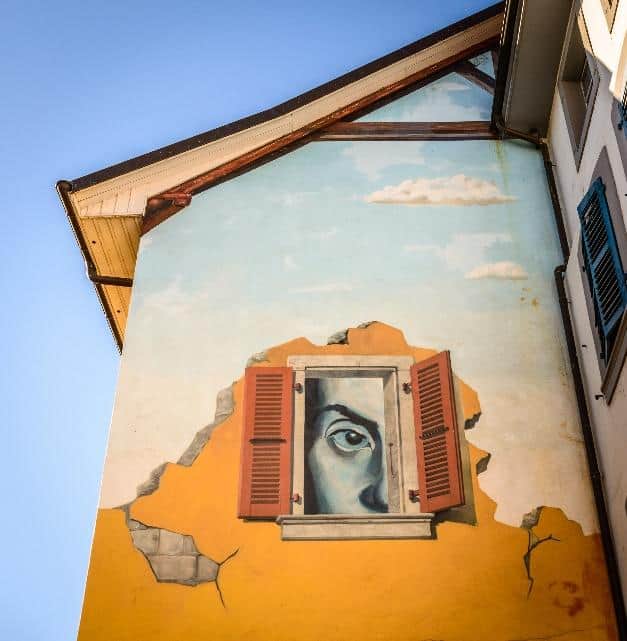 I’ve always been a fan of dystopian films/novels that feature alternate history (“What If?” series being my favourite, such as, “What if the U.S. had never joined WWII?”). However, I’m not referring to zombie themes, as in 28 Days Later and Dawn of the Dead, but in the almost-equally scary plausible themes which threaten humanity in the near future. These include: political & religious extremism, climate change, global epidemics, and cyber/biological warfare.

The events of 2016 have got me seriously thinking about dystopia, especially following the shocking Brexit referendum result, which will likely lead to the eventual exit of the UK from the European Union. Perhaps even more shocking was the Trump presidential nomination. What is clear is that both unexpected results may now boost the popularity of anti-immigration and/or populist parties across Europe. This comes at a time when unemployment is high in Europe’s periphery and growth continues to be sluggish.

The next immediate challenge in the European Union will be on December 4th, 2016, as Italians vote on constitutional 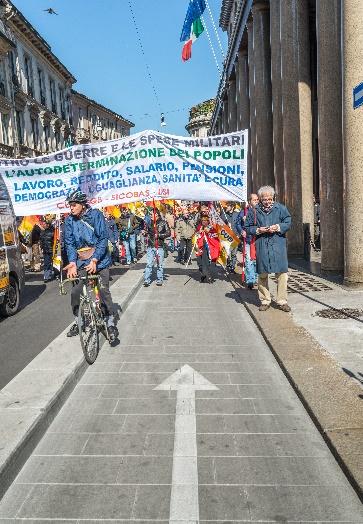 reform. Should the referendum fail, (polls, if they can be trusted, indicate that “no” is slightly ahead) it would mean a collapse of Prime Minister Matteo Renzi and his Democratic Party, at a time when the economy is looking fragile. Then enter Eurosceptic Anti-establishment Five Star Movement Party who won a landslide victory in local elections. Is Italy the next country out of the EU? Cazzo…

Even more worrying may be yet to come, as France goes to the polls in a general election in April 2017. Marine Le Pen, the far-right leader of the Front National is hoping to capitalize on Trump’s victory.

With this uncertain backdrop in mind, I’ve gathered the following four of my favourite dystopian films/series and have decided to draw some scary parallels. Please feel free to disagree with me and comment as you wish – just don’t arrest me! 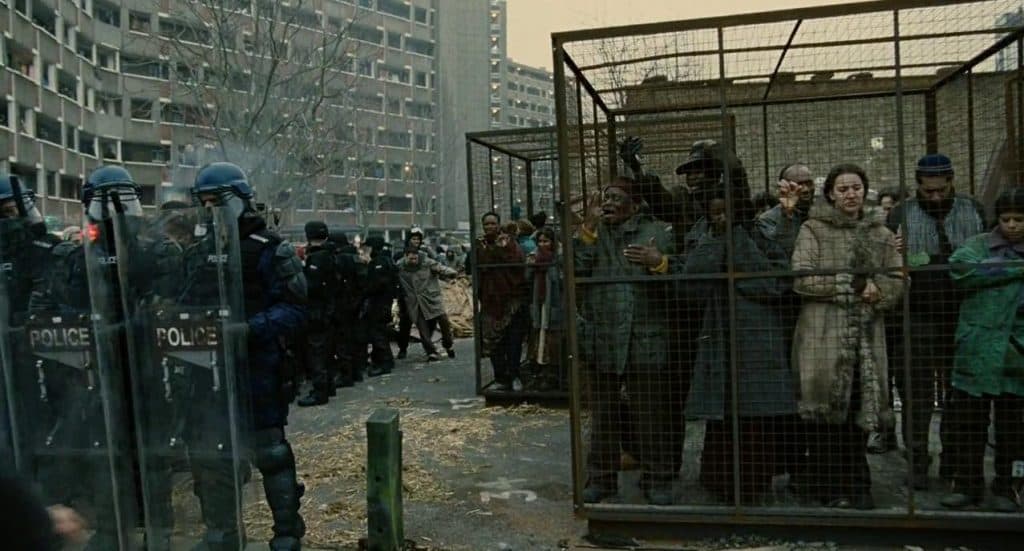 Children of Men highlights the ill treatment of refugees by a totalitarian regime – in this case, locking them up in cages to protect the native population. Source: Children of Men

Released in 2006, Alfonso Cuarón’s Children of Men is set in London in 2027 and deals with pervasive themes of environmental destruction, nuclear warfare, terrorist attacks, and the sense of cultural loss that has accompanied rapid globalization. Perhaps most topically, the film deals with the terrible treatment of non-UK refugees, since after 20 years of infertility for unknown reasons, the UK is the only “civilized” country left standing. 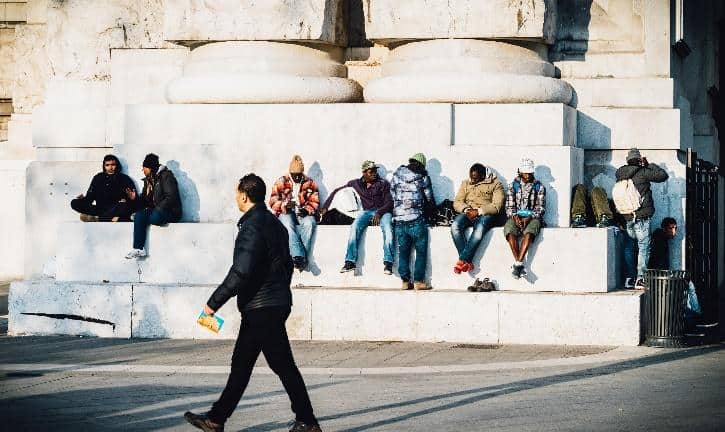 Ten years after the film’s release, Europe faces a paramount refugee crisis brought about by the civil war in Syria and
ongoing humanitarian conflicts, stretching from Libya to Afghanistan. Although refugees are not being locked up in cages (yet), the crisis has incited extreme right-wing sentiments, with most European countries increasingly reluctant to accept further refugees, citing economic and security reasons.

On the other side of the pond, President-elect Trump has vowed to deport up to three million undocumented immigrants and has even gone as far as to make plans to maintain a “Muslim Registry.” These are indeed scary times. 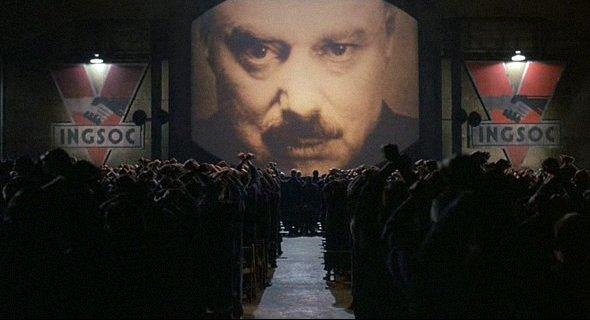 The classic dystopian novel written by George Orwell is also set in London, which is the capital of the territory of Airstrip One (formerly Britain), which in itself is part of the larger totalitarian state of Oceania. Sure, I could go ahead and make the cliché parallels with CCTV being everywhere and security agencies spying on my internet connection at this very moment, but something more covert is happening. Taking a page out of the book, I have noticed a disturbing trend in our society’s distortion of language. The word “doublespeak,” first mentioned in the novel, is generally held to mean “language that deliberately obscures, disguises, distorts, or reverses the meaning of the word.” 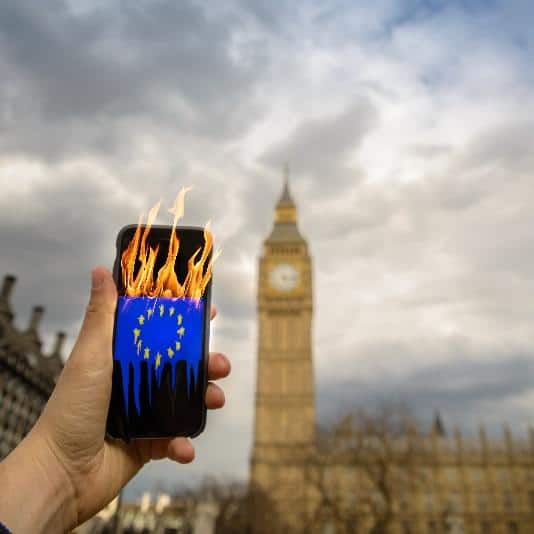 Britain sends £350 million ($430 million USD) to the EU, he refused to name any economists who backed Brexit, saying “People in this country have had enough of experts.” During these unpredictable times, when the role of an “expert” is discredited, laymen and laywomen are more likely to resort to irrational judgement. Who are we to trust?

Three months later, some newspapers attacked High Court judges who ruled that Parliament, and not the Prime Minister, would need to trigger Article 50 to start the UK’s exit from the European Union. This, in my opinion, is a threat to democracy, as the judiciary is a pillar of the UK constitution and a democratic society must trust our independent “expert” judges to uphold the law and the constitution.

In fact, it’s no coincidence that the word “post-truth” is the 2016 international word of the year by Oxford Dictionaries. The word is defined as an adjective relating to circumstances in which objective facts are less influential in shaping public opinion than emotional appeals, triggered by ridiculous sound-bites.

Worryingly, just six corporations own 90 percent of all media platforms in the U.S., effectively controlling the narrative on issues including climate change, which despite 97% of scientific literature agreeing that “humans are causing climate change,” only 15% of conservative Republican Americans agreed with the statement that “the Earth is warming mostly due to human activity.”

“Black Mirror” on Netflix is a contemporary reworking of “The Twilight Zone” with stories that tap into the collective unease about the modern world and our ever-constant reliance on technology in all spheres of life. 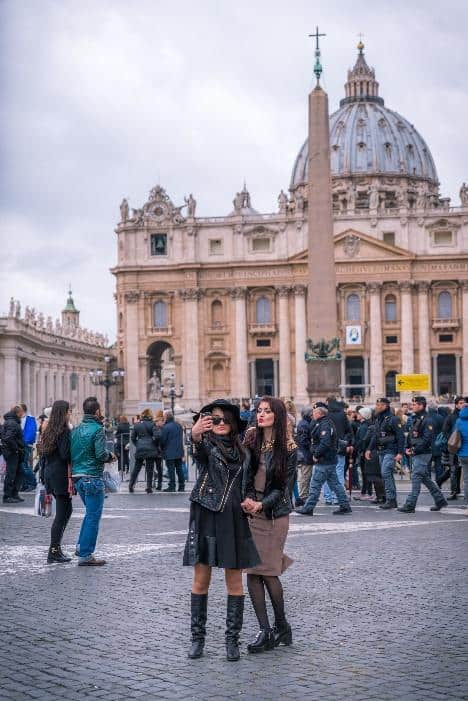 One such episode in the show’s latest Season 3, entitled “Nosedive,” disturbingly stood out for me. The episode centers on a near-future world where normal people would rate each other’s social media posts and real-life trivial interactions throughout the day out of a maximum of five stars, using a smartphone app. The goal is to improve their social score by gaining social validation “brownie points.”  A high rating means perks towards anything from discounts on purchasing property to obtaining premium services to even “winning friends.”

The protagonist desired to rise up the social and corporate ladder and went to extreme lengths to maintain friendships with people who have high ratings (above 4.5), ensuring that she never embarrassed herself in public to avoid the risk of receiving a bad rating. Perhaps this isn’t so different than some social media users today, worshipping so-called “influencers” who have millions of followers.

The satire behind the ridiculous ranking system in many ways resembles present-day social media, with some help from augmented-reality contact lenses, which I foresee should be available in the next ten years. Although some Instagram users post wonderful content, there is an even larger share of users posting narcissistic selfies and endless pics of their cats and food. The junk is exacerbated by other users also posting pointless junk, until some users have thousands of followers by posting content that many would deem to be of low quality. The issue is magnified by Instagram bots who “like” and post generic comments while you sleep. Studies have shown that, like a drug addict, some users receive a temporary rush of dopamine from “likes,” but there’s absolutely no link between social media use and long-term happiness.

Corporations have been using a person’s rating system for years to offer perks, including loyalty cards and credit ratings to accept loans – Black Mirror just takes it a few insane steps further in a more social setting, leading to disastrous results for the protagonist.

The most bizarre parallel is the real-world impact of a low rating most closely resembling Uber, since drivers can have their work terminated if their rating drops below 4.6. Think about this next time you take Uber and observe if your driver is pleading for favourable feedback – maybe that’s why some are extra nice in offering water, candy, and relaxing music. 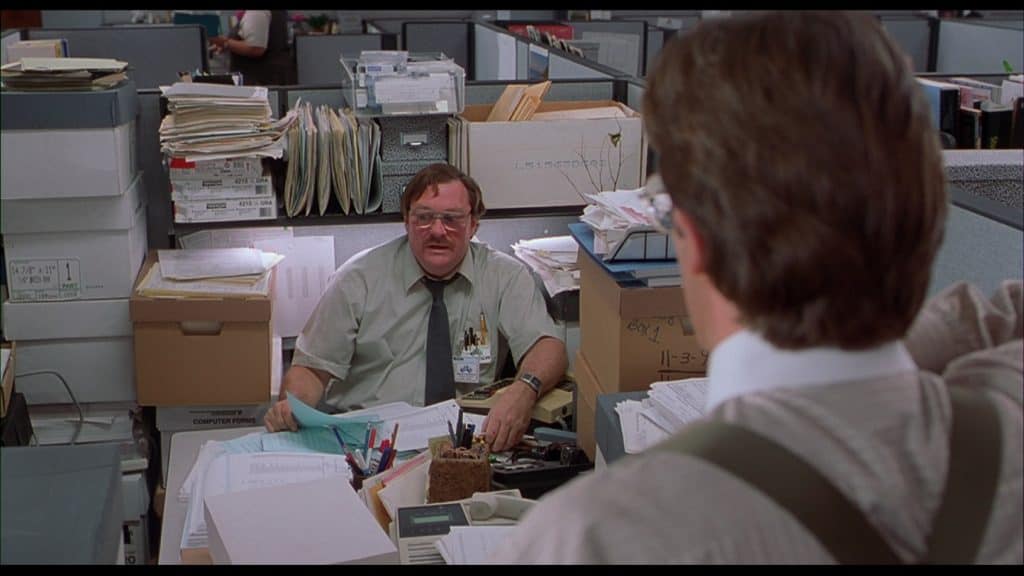 Some may argue that this is a strange choice for a dystopian film since it doesn’t fit the traditional criteria. First of all, it’s not set in the near future and, secondly, it doesn’t deal with some environmental disaster, but it still has all the hallmarks of a present-day totalitarian corporate hell.

Set in 1999, just before Y2K, three corporate office workers hate their soul-killing jobs and decide to rebel against their 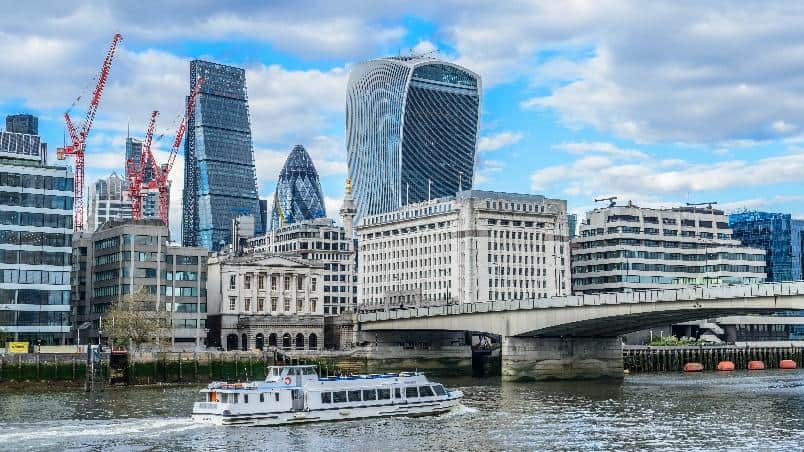 condescending boss (and his eight other middle-management bosses) at a software company that is in the initial threatening stages of downsizing. The film is labelled a “comedy,” but for all intent and purposes it should be in the “terror” section, as it actually depicts modern corporate life (minus the open office plan) for many corporate cogs.

Perhaps for some, the age of austerity means that some of us should feel fortunate to accept a miserable future in exchange for a steady paycheck. I tend to disagree with such a miserable existence, and as the protagonist of the film famously cried for freedom: “We don’t have a lot of time on this Earth. We weren’t meant to spend it this way!”

I’d like to end this depressing article on a good note, with a spoiler alert. The main character of Office Space managed to get out of the corporate hell-hole and found happiness by working outdoors.

I hope you find your happiness, both in your personal life and professional life. Just remember that the future isn’t set in stone. Dystopian stories, Laura Miller wrote in The New Yorker in 2010, have one ultimate purpose: “to warn us about the dangers of some current trend.” We are free to ignore such warnings at the next generations’ detriment.

Hope you enjoyed my list and again feel free to comment – are there any other dystopian films that I missed out on that have parallels with the present-day?