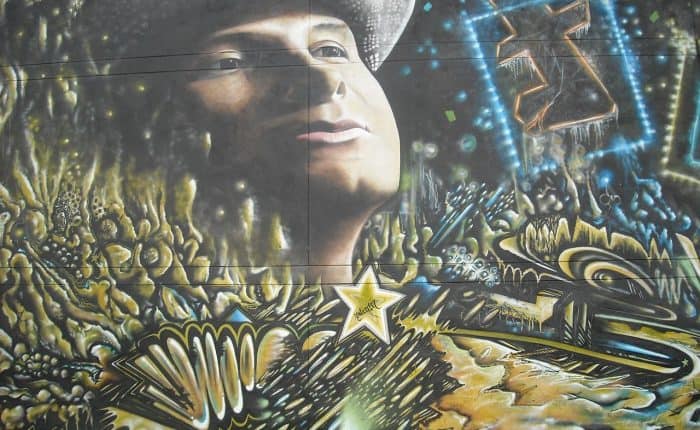 In May of 2013, a study conducted by the Universidad del Rosario (Colombia) and the Inteligencia de Negocios (Chile), named Bogota the most competitive city in Colombia. In Latin America it ranked 5th behind Santiago, Sao Paolo, Mexico City and Lima. The study assessed the cities nationally by domestic market, access to foreign markets, cost competitiveness, political and economic risks. At the city level they examined purchasing power and expected economic performance, reputation and global presence, urban comfort (safety and quality of life), potential funding of new projects and the quality of the offering of higher education.

Located on a high Andean plateau at an elevation 8661 feet, Bogota is the third highest capital in the world behind Quito, Ecuador, and La Paz, Bolivia. With over 8 million people, Bogota is the largest city in Colombia and one of the fastest growing metropolitan areas in South America. Serving as Latin America’s Mecca for artists, writers, intellectuals, and architects, Bogota is home to the National University of Colombia as well as several other universities making it the primary educational centre in the country and giving it the moniker of “the Athens of South America.” Bogota is also home to the National Museum and the National Cathedral, only two of numerous grand museums and churches located throughout the metropolis.

Already renowned for its “high-energy” atmosphere, Bogota’s economy, as for all of Colombia, has been super-charged by rapidly growing international business and investment interests. Attractive business incentives and opportunities in the natural resources fields in particular—from gold and coal and petroleum exploration and production to coffee and exotic tropical fruit production and marketing—has lured new business interest, both domestically and from abroad. Along with a new emerging middle-class, increased direct foreign investment (DFI) dollars has spurred economic growth to previously unseen levels. With current President Juan Manuel Santos’ continued efforts and support, Colombia’s future is one of ever-increasing prosperity, security, and self-determination. With the increased security and the substantial reduction in crime and violence, international tourism has steadily increased over the past decade, rising by 17% in 2010 alone, surpassing 1.7 million visitors. This is in a sharp contrast to world tourism growth of just 2% for the same time period !

With the steady increase in tourism and international business interests, the need for facilities and services has also grown. A Proexport Colombia sponsored business incentive of a 20-year income tax exemption for new hotel and room inventory has both encouraged and facilitated the increased development of Bogota’s hospitality industry. Of the 5,000 hotel rooms added to Colombia’s room inventory in 2010, nearly half of those are located in Bogota. The international chains of Marriott, NH Hotels, Sonesta, Hilton, and Inter-Continental have all joined in the rush to increase room inventory. “Colombia doesn’t have the image it once had,” said Rodolfo Guillioli, vice president of Grupo Poma, a corporate conglomerate who opened a new Marriott Hotel in Bogota in 2010. “Occupancy and room rates are high in Bogota, which makes it interesting. We expect many competitors to follow us,” said Guillioli.

With the increase in the hotelier´s room inventory has come a host of posh new boutiques, elegant eateries, and stylish nightclubs. Along with the tourist, business, and investment influx of people, throngs of university students and the new emerging middle class locals flock to these night spots. Here, the parties start at sunset and continue right on through until sun rise. Colombians typically begin arriving at the clubs in numbers around 10:00 to 11:00 pm, but have often already begun to party at home or at the many small barrio bars and cigarrerias. Between the early evening bar hopping and the serious clubbing, many people opt to go to dinner at one of the many fine restaurants. Bogota has a tremendous number and variety of restaurants and cafes, with prices often being quite reasonable. Bogota being truly cosmopolitan, you can satisfy your appetite with incredible local cuisine, traditional specialties from around the country, endless international delicacies, or something as simple and “down-home” as a hamburger or pizza. Most bars and clubs close at 1:00 am, and ALL bars must close by 3:00 am, so after-parties are very popular in Bogota, with cover fees ranging from 5.000 to 25.000 pesos ($2.50 – $12.50 USD).

Bogotá’s entertainment zone is basically divided into four sectors. The beautiful colonial barrio of La Candelaria, where numerous governmental offices, museums, churches and other buildings of historical and architectural significance are located, is known as the central sector. The northern sector, where many cultural activities are held, is considered to be part of the more modern, commercial area of town. Next is the southern sector, which consists primarily of industrial and middle class barrios and lastly is the western sector, location of Eldorado Airfield, numerous city parks, and sports centers. Within these sectors lie the more specific entertainment areas; the ever popular Zona Rosa region, the ritzy and trendy Zona T, the Zona G, etcetera, all vibrating with energy, swaying sensually and rhythmically with live music, wafting with the aromas of both local and international cuisine, and filled with laughter and good times.

For first-time visitors, it really pays to connect with a local or someone who is intimately familiar with “the lay of the land” until you yourself become more comfortable with the local venues. Typical cover fees at most clubs range between 10.000 and 25.000 pesos ($5.00 – $12.50 USD). Longtime favorites such as Quiebra Cantos, Escobar y Rosas, and Maria Mulattos are always popular hotspots, full of enthusiastic party goers. For food and dance, and to see how important both food and dance are to Colombians, Andrés Carne de Res is not to be missed! Salto del Angel is another place to see beautiful people and enjoy wonderful food and dance. Pravda’s, Cha Cha’s, Andres D.C.’s (De Corazon), Gato Gris’, and Kukamakara’s are a few other local and international favorites that should not be missed.

While each club has their specialty, most Colombian clubs actually play a variety of Salsa, Meringue, Techno, Cumbia, Vallenato, Bachatta, Hip Hop and Reggaeton. In the U.S one thinks nothing of going to a club alone. Colombians, however, always go in groups and typically stick with their group at clubs. Although times are changing, it is still considered an insult to dance with someone outside your group, especially for women. Etiquette and custom varies from city to city. For women in Bogota, stylish, fitted denims, high heels , and a classy flowing blouse, perhaps accessorized with a waist-accentuating belt are the norm. Hair is straightened, usually long and make up MUST BE PERFECT ! For men, it is simply a nice dress shirt and dark-washed denims or khakis with dress shoes—no athletic shoes !

A very endearing quality of Latin American culture and life, contrary to most people’s first thoughts, is that the young and the old party together…..and “party hearty” together. In the US young people think, at the very least, that having adults (old folks !) around quenches the party spirit. But in Colombia, this isn’t the case at all. Many of these “old folks” are actually more agile, energetic, and enthusiastic than their often much younger counterparts !

As evidenced here, Bogota is not just about politics and business. EscapeArtist Colombia’s message here is that Bogota provides a vast array of stimulating cultural variety for pleasure and entertainment as well so come to Bogota and have fun! Keep in mind that Bogota is just one of many wonderful, beautiful, opportunity-filled cities in this exciting land called Colombia. Bogota leads the country by way of being the governmental seat is obvious. It is becoming ever more clear that it leads the country by way of its super-charged growth as well.

I hope you enjoyed reading; Bogota – Competitive and Cosmopolitan. If you have any questions about moving your life overseas, please contact our office HERE. I’ve added in some additional articles for you to read, enjoy!

Getting Residency In Colombia

Tips for Doing Business in Colombia