Top 10 Things to See and Do in Colombia - Escape Artist 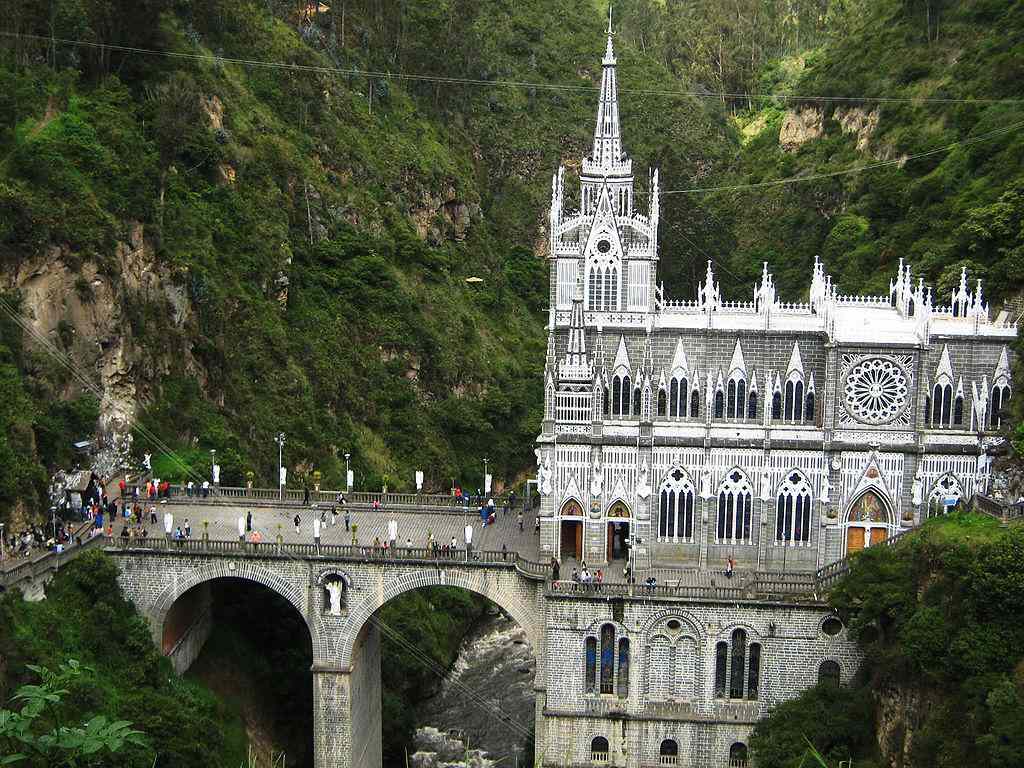 Colombia has been rediscovered as a new tourist destination in the Americas. Thanks to its mountain peaks, coffee farms, gorgeous beaches, bustling cities, and rich culture, there’s so much to see and do there! Here are the top 10 tourist attractions in Colombia:

The Archipelago of San Andrés

The islands of this archipelago make up a UNESCO Seaflower Biosphere Reserve. This reserve takes up about 10 percent of the Caribbean Sea and it is home to a productive coral reef ecosystem as well as mangrove swamps and a sea (pun intended) of diverse wildlife.

The Salt Cathedral of Zipaquira

Hollowed out of the middle of a giant salt pillar is one of the most popular tourist and pilgrimage sites in Colombia. The Catedral de Sal, Cathedral of Salt, is located more than 250 feet below the mountain. The chamber itself rises 70 feet high and reaches 30 feet wide. The cross in this chamber is 50 feet tall and glowing and, because it is chiseled into the salt, appears to be floating at the front of the room.

The Gold Museum of Bogota

The Museo del Oro (Museum of Gold) in Bogota is famous for its collection of pre-Hispanic gold work. It houses the largest collection of gold in the world, with over 30,000 gold artifacts and 20,000 works of ceramic, textiles, etc., originating from the indigenous people living in the area before the Spanish arrived.

The National Coffee Park is located in Armenia, Colombia, and it’s a theme park that revolves around coffee production and cultivation. This park is run by a non-profit organization dedicated to the preservation of the cultural and historical heritage of Colombia’s coffee. Rides and shows take place there regularly.

This Castillo is an ancient Spanish fortress that still dominates the view of Cartagena today. The fortress was first built in 1630 and additions were made until the year 1762, making it the largest and most impressive fortress the Spanish left behind. It was never overtaken, despite many attempts.

This square in Bogota has long been Colombia’s center for its history. It was once a public circus and bull market, where a variety of festivals and events were held. Although that was centuries ago, this square still hosts these types of events. The frame of the square is made up of the Palacio Liévano, the Capitol, and the Cathedral.

This cathedral is built over a deep gorge that separates Colombia and Ecuador. It was said that an Amerindian woman and her daughter were lost in the gorge in the 18th century and that they looked up and saw the Virgin Mary in the rock face. Another tale states that a blind man stumbled across the same place and then was made to see. The neo-Gothic cathedral was built in honor of these stories, around the exact rock face that is described.

Arví Regional Park is an ecotourism hotspot. It’s located about 20 miles outside of Medellin. It’s a large park open to the public that focuses on the preservation of its nature and ecotourism. On your trip to this park, you can learn all about the area’s cultural and environmental wealth and archaeological heritage.

This large museum is dedicated to Colombia’s most famous artist: Fernando Botero. It showcases works from many famous artists, such as Salvador Dali, Pablo Picasso, and the like, but the reason it’s so famous lies in its theme for two of the floors. The floors are full of Botero’s sculptures donated to all things chubby! It’s got chubby hands, fruits, kids, men, and women.

This church and convent was founded by the Jesuits in the late 17th century, but it was later renamed to honor the Spanish monk, Pedro Claver, who lived and died there. This monk grew a reputation for ministering to the slaves who were brought over from Africa, and that is what made him famous to this day. You can now tour the convent and church, as it is now open as a museum.

Colombia is a newly discoverable country, which has finally outlived its dark reputation of the 80s and is now thriving in the world of tourism. As more and more tourists discover its charm, expat communities continue to grow in size. It’s a great place for eco-tourists, for beach lovers, and for those who want to take in a bit of history.

Here are a few articles about Colombia that I’m sure you’ll enjoy reading:

Social Security and Healthcare for Permanent Residents in Singapore

How will the United States Control Puerto Rico’s Financial Situation