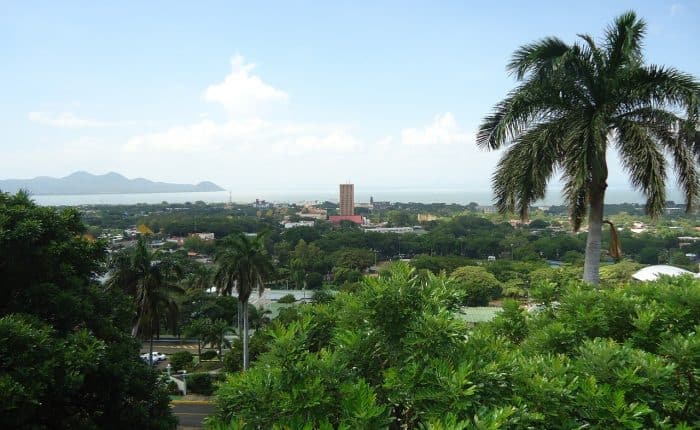 A Trip Around Managua: Nicaragua’s Captivating Capital. I have always been interested in traveling. Specifically, I have always wanted to visit Latin America. Latin America was an incredibly interesting though often overlooked part of the world, in my opinion. Even though it’s right next door, in a geographical sense, to the United States, so many Americans would rather travel to Europe or Asia. Not me, I was always intrigued by the culture of Latin America. The fact that others often overlooked it or brushed it off gave it that much more of an appeal. Sure, a trip to France of China would be nice. But what would end up happening on those trips? You go to visit the Louvre and the Great Wall? While those places are certainly impressive, they’re too cliché. Latin America offers that sense of adventure, of really going to a new place and really exploring it and finding new things and people and places that aren’t plastered on top of every travel book.

Latin America is certainly full of adventure and things to discover. I found this out when I got the chance to visit it for the first time. I stepped off of a plane in the airport in Nicaragua and was immediately in another world. Nicaragua, and it’s captivating capital city of Managua, are full of great chances for exploration.

One of my favorite aspects of Managua is that sense of adventure and exploration. Managua is unlike other major cities in many ways. One is the layout of the city. The city doesn’t have a center, like most other major metropolitan areas. This is because of a major earthquake that occurred in 1972, and destroyed the majority of the city. As a result of this earthquake, the city had to be rebuilt. What this means is that the city is very sprawling.

This sprawling, slightly unorganized characteristic of Managua makes getting around an adventure in and of itself. With the exception of the major thoroughfares, almost none of the streets have names, and if they do, no one knows them or uses them. What is used instead of street names are landmarks. Businesses, rotundas, parks; these are the sorts of things people use for directions. What this results in is that getting around Managua is always a bit of an adventure. If you’re walking through the city, you may find yourself having to double back once or twice to get where you want to go.

While traveling through the city, you will notice that there are a lot of giant, yellow illuminated (during the night) trees along most of the major roadways and rotundas. These are known as the “Trees of Life” and were put in several years ago as a result of an initiative by Rosario Murillo, a prominent Nicaraguan politician and wife of the current president. The Trees were put in to be a “symbol for Nicaragua.” To show its pride or something like that. To most people, they’re just big metal trees that look nice at night. They are pretty though, and really give the city a certain magical characteristic.

Another thing you will notice while travelling through Managua is that it is full of parks and green spaces. In the blocks surrounding my apartment, there was a Japanese botanical garden, a park dedicated to the Cuban Revolution (Nicaragua and Cuba have good geopolitical relations) and several other small parks whose names I don’t know. Many parks feature colorful gazebos or engaging murals. Loma de Tiscapa and Pargque de la Paz (Peace Park) are two of the most famous parks in Managua, and definitely worth checking out.

Speaking of parks and green spaces, Managua is unlike most major cities in that it is full of greenery and plant life. Many streets are tree-lined, and even those that aren’t will have small planters full of flowers and other plant-life. There are many hills, valleys and other undeveloped areas within Managua, so you will never be far from a patch of nature. Managua is definitely not a “concrete jungle”.

The food is probably one of the best aspects of traveling through Managua. The city is full of restaurants; I don’t think it’s possible to walk more than a few blocks without finding at least one. And they are incredibly diverse too. While most restaurants serve traditional Nicaraguan and other Latin American cuisine, there are pizza shops, burger joints, Asian restaurants, steak houses, as well as many others. And don’t be afraid to try something at one of the many food carts that populate the city. At first I was a bit skeptical myself, but after taking the leap and ordering from one, I was pleasantly surprised. The food is delicious, and offers a real taste of local cuisine (and at $2 for a quesadilla, burrito or hamburger, you can’t really go wrong).

One of the most interesting places to visit in Managua is the Roberto Huembes Market. The Huembes Market is one of the liveliest locations within Managua. It was featured in the New York Times article “36 Hours in Managua, Nicaragua”. The market is located at the central bus station of the city, and is home to many, many craft, clothing and food stalls, as well as anything else you could possibly want. The size and variety of the market is truly impressive.

There is a lot of modern entertainment in the city as well. Managua has many modern malls, where you can find top-quality products, some of it authentic Nicaraguan or Central American, but a lot of American stuff as well. There are also many movie theatres. There are even private movie theaters, which have only a few dozen seats. You can even have food and drink served to you while you watch your movie. And tickets are only $8 (not including the food and drink). Still, that’s a pretty good deal.

If you feel like getting outside of the city for a bit, there are many attractions and sites to visit right outside of Managua. Within an hour’s drive, there are many, many places to go for a day or the weekend around Managua.

About 20 kilometers (around 12.5 miles) south of Managua is Masaya Volcano. Visitors can hike to the peak and pear into the mouth of the volcano, which is almost always emitting smoke. There are many other hiking trails as well. Visitors can also go on night tours, where they can see the local bats departing from their caves, a spectacular natural site, as well as the green parakeets coming back to their nests, which are actually within the structure of the volcano!

Located a mere one-hour drive west away from Managua is Gran Pacifica Beach and Golf Resort. Once you’ve taken in your fill of the big city, it can be nice to get away a bit and enjoy the tranquility and beauty of the Pacific Ocean. The white sand beaches bathing in the Sun are a perfect place to truly relax. You can also enjoy some of the many amenities available at Gran Pacifica, such as horseback rides along the beach, personal spa services or a round of golf.

Managua is an amazing city. It is supremely unique in its layout, as well as the impressive amount of greenery in it. The culture of the city is amazing as well. Managua is a city unlike most others in the world, and one that I have truly enjoyed getting to explore.

For more information on Nicaragua, you can download our country guide: Nicaragua