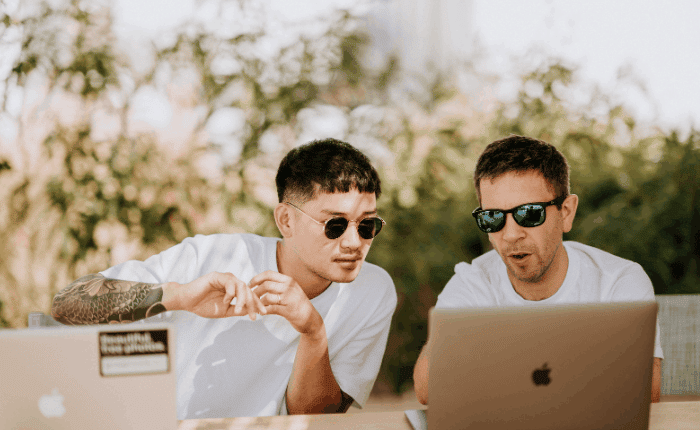 Do not be misled by the media. Offshore banking is neither illegal nor immoral and there are plenty of good reasons why you would want to invest in offshore bank accounts.

While offshore banking may be associated with illegal activity, it isn’t actually banned or prohibited by any government. What you do with your legally earned income is entirely up to. You can use the money to invest in profitable foreign ventures if that is what gets you the best ROI. A Bad Reputation But Not Bad In Reality

The reason why offshore banking gets such a bad press is that money flowing out of a country is never seen as a good thing for the economy. It is good for the other economy where you are investing, sure. But it isn’t good for the country whose resident is investing money outside.

And so, it is maligned and equated with money laundering or tax evasion to indirectly intimidate people to keep their money in the country. But it is not illegal, and it will never be declared illegal. You know why? Because if one country made it illegal to take money out of the country, then other countries around the world would reciprocate and make it illegal to invest in such a country. It would be the death of foreign investments and significantly shrink the economies around the world and globalization would come to an end.

There is something that I want people to understand at a fundamental level. If an offshore investment makes you a better return than what you would earn in your own country, and doesn’t increase or even reduces your risk, then it is good. You should not feel guilty or be defensive about investing in offshore banks or companies.

If offshore investment saves you money in taxes or allows you to take advantage of foreign economic conditions then you are a part of the solution. Know it, believe it. With that in mind, here are five main reasons why businesses and individuals invest in offshore companies.

Most countries and states require you to register your business with them before you can carry out operations there. The U.S., U.K., France, and Germany do it. So do China, Japan, and India.

If you want to buy property in Hong Kong, for example, you would be required by law to set up an offshore holding company there. It is a perfectly legitimate business.

In many tax – free regions, a lot of capital flows in, causing a boom in commercial activity. This leads more people to move in there and creates a demand for products and services. Offshore businesses are set up by savvy entrepreneurs who see an opportunity to make a profit in the booming market.

The UAE, where I live, has been a great example of this phenomenon and how it has blossomed during the last 20 years.

Under strict socialistic conditions, businesses and individuals have to go through extensive red tape just to carry out basic operations. Businesses may also be required to pay workers high wages and restricted from terminating contracts of unproductive employees. All of this is carried out through government regulations.

Government intervention almost always stifles growth. It was quite evident particularly during the time of the cold war. People with money who may have wanted to invest in projects in the Soviet Union were fed up with red tape and excessive regulations.

A lot of capital flowed out of the communist states and went into Western Europe, the U.S. and other free-market economies where economic activity flourished and still stands quite strong. The best example of this is the diversity in Eastern and Western Germany. Same people with similar culture and history were at completely different standards of living. The effects can still be seen with the disparity between North and South Korea.

If you live in a country where regulation this or certification that keeps you from running an honest business, then you would be right to invest in another country that offers a better business environment.

One reason why you want to invest in an offshore company is to protect your assets. The government and regulatory authorities can put up restrictions on your bank accounts or demand that you make payments that cannot be justified morally but considered completely fine legally.

Let me give two examples, frozen bank accounts and divorce bills. A person undergoing divorce can be handed a huge divorce bill and their assets can be taken away by the court. A person indicted of a crime can also see their bank accounts get frozen, even before the matter has been brought before the court, let alone get settled.

Keeping your assets in a foreign bank will protect you against such unfair asset seizures.

Want to understand other reasons offshore banking and offshore companies can protect your assets? Listen to this interview I did with asset protection lawyer Joel Nagel on my podcast.

Reasons to use offshore banking also includes keeping your wealth safe by protecting you from criminals. Kidnapping gangs, cyber attackers and mafia often target people who keep their money in local banks.

Privacy is the number one priority for offshore banks. When you keep your money in an offshore account, prying eyes won’t be able to find out how much you have and how much they can rob you off.

Bank privacy protects you from all kinds of criminals including the biggest crook of them all, the Government.

5. The Benefit Of Income Tax Rates

I have said this in many places before and I will say it again. Setting a high tax rate is the best way to ensure that you collect no taxes at all.

The modern economy is incredibly liquid and moving millions of dollars from one part of the world to another takes less than a few minutes. If the income taxes in your country are high, you can open an offshore account and move your money there to benefit from lower tax rates.

The ability to move capital freely ensures that the country with the lowest tax rates will attract the most investors. There is nothing sinister or illegal about it. People are just being rational.

Final Thoughts On Reasons To Use Offshore Banking

You have every right under the law to build a bright economic future for yourself and your family, take advantage of every opportunity you can to build your wealth and protect yourself from the downside. No one can fault you for that…

I hope you enjoyed reading this article: 5 Reasons To Use Offshore Banking. If you have any questions, please contact our office HERE.

7 Tips for Investing in Real Estate in Costa Rica