Reasons to Move Your Finances to Offshore Banks - Escape Artist 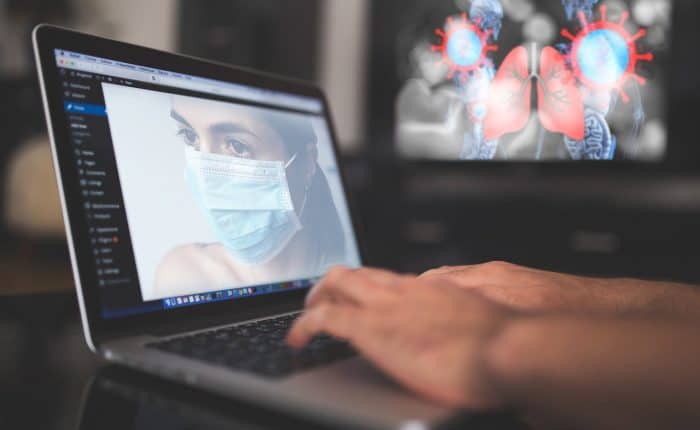 The world is standing on the precipice of an economic catastrophe. With the disastrous impacts of the Coronavirus on global stock markets and a largely unresolved US-China trade war, we’re looking at a possible global economic restructuring that you need to keep away from. Add to these events how badly Hong Kong’s doing from a financial stand point, there’s no telling how bad things are going to get.

Global economic growth has already slowed down.   The International Monetary Fund predicts global growth will slow to 2.7% in 2023.  “The worst is yet to come, and for many people 2023 will feel like a recession,” the report reads.

Even gold markets are fluctuating because no one can tell what’s going on—this uncertainty really isn’t in anyone’s best interests. When Hong Kong crashes, the US-China trade war continues to wreak havoc on both economies and Brexit is finalized, we’re looking at a global recession, the likes of which we haven’t seen in a very long time.

Although unfortunate, when the inevitable crash comes, you need to be well-placed to be a part of the restructuring process. To become a stakeholder, you’ll need to maintain your wealth and the only way to do that is by moving your wealth to offshore locations. I’ve always advocated moving to offshore tax havens to save your wealth only because no one should have to pay high tax rates, but this problem just magnified because this time we might lose all our wealth.

So I write this article from a new perspective—with the understanding that if we don’t move fast, there’s no going back. Offshore banks offer all the right services that can help you avoid the repercussions of a global recession which will engulf almost everyone. The Economic Consequences of the Coronavirus

The COVID-19 pandemic sent shock waves through the world economy and triggered the largest global economic crisis in more than a century. The crisis led to a dramatic increase in inequality within and across countries. Preliminary evidence suggests that the recovery from the crisis will be as uneven as its initial economic impacts, with emerging economies and economically disadvantaged groups needing much more time to recover pandemic-induced losses of income and livelihoods.

In this dynamic, the best possible move is to take your money out of the United States and the stock markets, to instead invest in gold holdings and moving your money to safer offshore locations. Shop our Cyber Sale. Courses now up to 85% off

A Persistent Trade War between US And China

Although the US and China have come to an agreement about easing trade tensions, economists like Paul Krugman are saying that Trump has basically doomed the US. What is being trumpeted as the phase one trade deal is actually costing the US economy $264 billion annually. Now it might spell good things for the Chinese, considering the fact that they technically won this bout of negotiations.

We don’t really know what Trump’s going to do in the future when he realizes how badly this has worked out. Even now the administration seems to put all the responsibility on the Chinese to make sure that negotiations succeed without taking on much of the burden. This is only a small step in what’s a concern of huge proportions.

There’s still the one problem of Hong Kong possibly losing its place as a major global financial hub. China might have to step in very soon both politically and economically. It’s really up in the air whether China can support Hong Kong but if it intervenes politically, it’ll only spur on the existing problem in the city. Considering that the unrest began because of HK and Chinese extradition deals, further involvement will only rile further protests. The other move is basically to continue siphoning money into Hong Kong, ignoring the political unrest even though the city keeps hemorrhaging money every day.

The Hong Kong premiere Carrie Lam announced that Hong Kong’s officially entered a financial recession as the economy shrank in the previous quarter. Even now experts are saying that this recession will persist over the next year and all this time people keep taking their money out of Hong Kong. It’s great that Hong Kong has a huge liquidity base, but it’s said that all these reserves will dwindle quite fast unless somehow investors rediscover their confidence in Hong Kong.

It’s unlikely that people will think about keeping their money in Hong Kong because they’re expecting a Chinese military intervention in region. There’s also talk of economic restructuring in Hong Kong in the form of income redistribution and greater social equality. I’m not really surprised; the Chinese are communists after all. All things considered, as the Chinese exert more pressure on Hong Kong’s financial sectors people will keep taking their money out.

Conclusions Regarding The Importance Of Offshore Banks

In a world that’s slowly moving towards an economic restructuring, there’s no reason for you to keep your money tied in major financial sectors anymore. Hong Kong, specifically, is in a really precarious situation considering the damage that the recent protests have inflicted on the economy. Even now, as the city continues to lose money on a daily basis, I hear talks of a major financial crash in the East Asian economy. The Chinese might recover from the trade war, but we don’t know whether Hong Kong can retain its place as a center of financial activity in Asia.

You really need to start moving to offshore banks that offer specialist financial services and greater financial mobility. I’ve spoken to the vice president of the Caye International Bank who told me that they’re accepting applications from clients in Hong Kong. The bank is opening bank accounts with a minimum deposit of $10,000 as compared to $250,000 required of other banks. They will open the account remotely and offer you the most extensive financial security measures in the world. I hope you got value from this article: Reasons to Move Your Finances to Offshore Banks. I truly believe that for a healthy financial statement, having an offshore bank account is extremely important.

Are you ready to move your assets to an offshore location? Or set up an offshore corporation? Please contact our office HERE so that you are ahead of the panic and mayhem.

Here are some additional articles that will aid in your understanding of why you should make the move.