A beautiful scene located in the Caucasus Mountain Range in the southern area of Russia, this view will shock you immediately. It is a breathtaking part of seven summits, which also include one of the highest summits on the continent. This is a wonderful place if you love nature and hiking, and there are also cable car systems to take you as high as 12,500 ft – where there are facilities you can visit to learn more about ascending to the summit. While this might not be for the casual hiker, it is a sight to behold nonetheless. 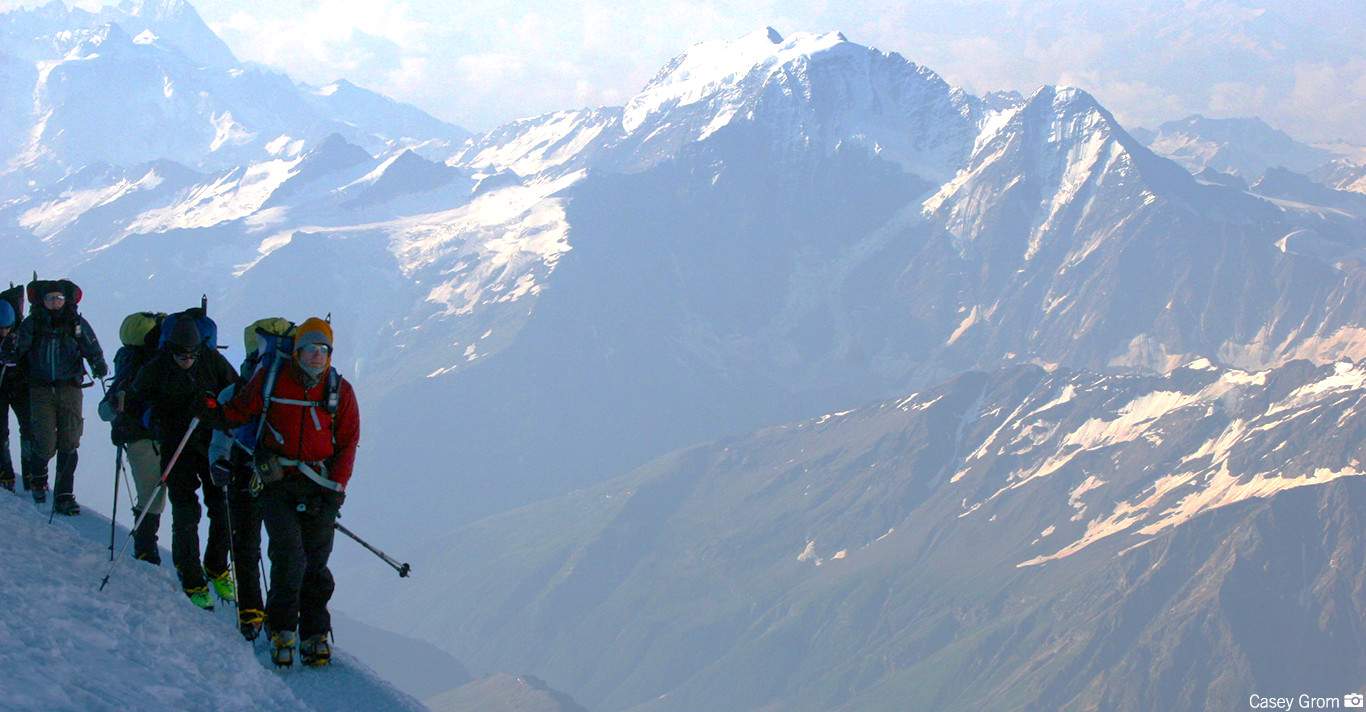 This island of beautiful architecture and open-air museums is located in Karelia, a region in the North of Russia. From this island you can see the beautiful coasts of the White Sea and Finland. The best place to visit when traveling abroad to this island is the open-air museum, where you can stroll along the cool walkways to see the Church of the Transfiguration of Our Savior and other surrounding areas of land that contain wooden houses, windmills, barns, and beautiful chapels. 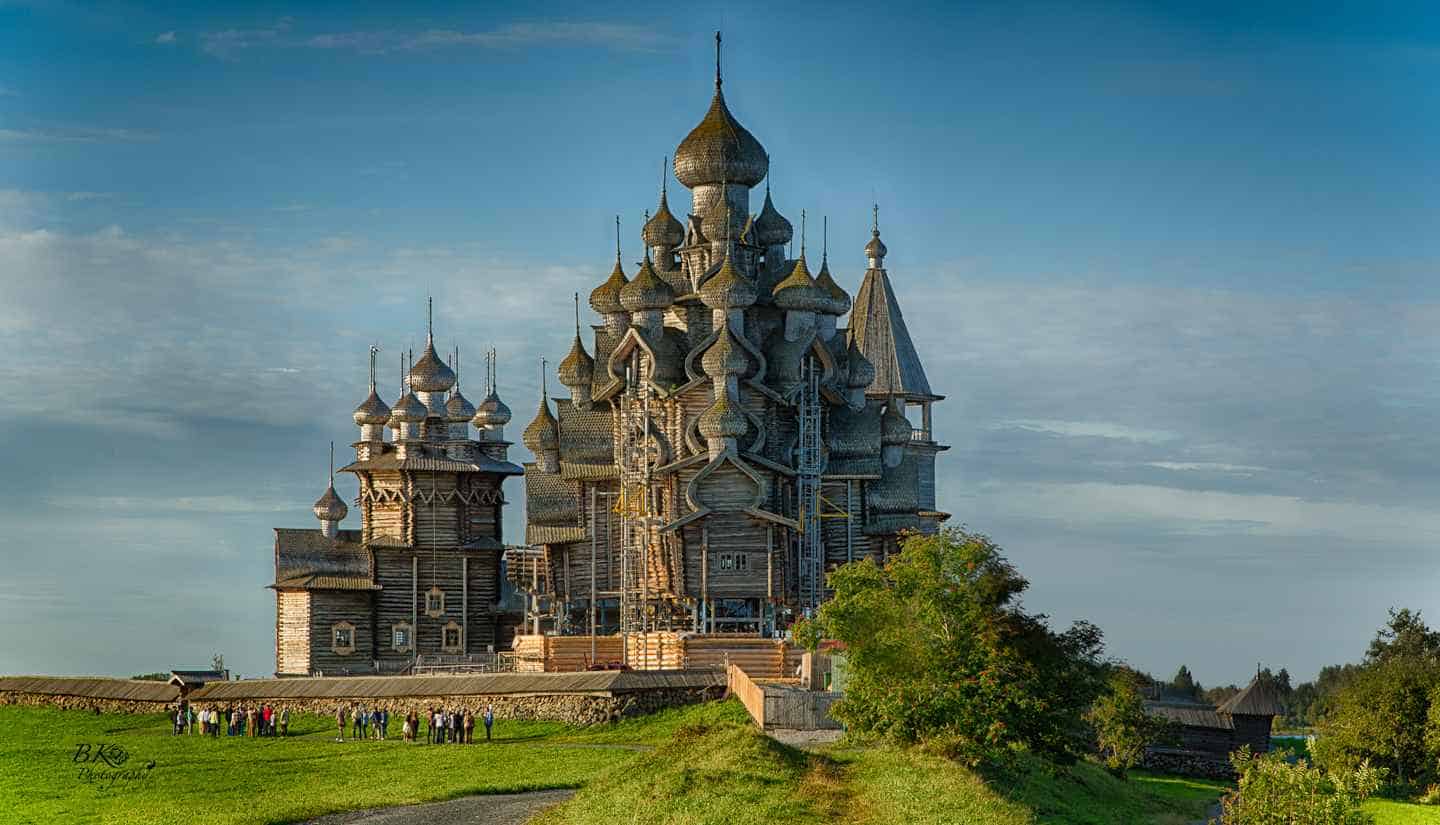 3. Dargavs, The City of the Dead

“Dargavs is located at the Dargavskaya Hollow in North Ossetia-Alania. Dargavskaya Hollow is protected from clouds and winds by mountains which create a special dry microclimate. The basin of the hollow is mostly flat, which is a rarity among mountain gorges.” – The Culture Trip

Dargavs is an amazing and historical place that will bring some unexpected enlightenment to your trip to Russia. The area is known as one of the most haunted places in the world, and it’s definitely not for those who are faint of heart. You should visit this desolate place only if you want to know more about the history of this country. 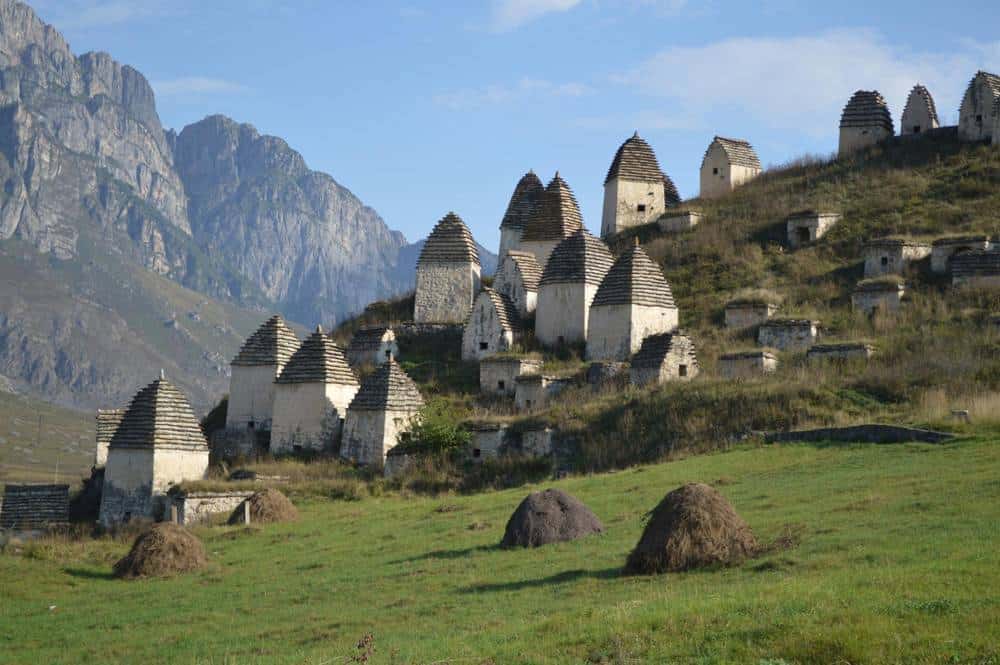 The Kremlin is one of the most fantastical places of architecture in Russia. This attraction is a must-see for those visiting Moscow. This place is one of the nation’s top locations for government-related offices and dealings. Inside this structure, there are also four cathedrals built in the 15th and 16th century, as well as a handful for very well known museums. There are also many old locations within these walls that include an armory, royal treasures, and a Diamond Dun Exhibition that showcases the diamonds given to Catherine the Great. According to Forbes 2013, Moscow has been ranked as the ninth most expensive city in the world by Mercer and has one of the world’s largest urban economies. This just goes to show how important Moscow is not only to Russia, but the world.

This beautiful structure is home to a huge collection of art and culture, with millions of different items and hundreds of rooms that showcase the brilliance of this building and the rich history that surrounds it.

“Founded in 1764 by Catherine the Great, the Hermitage Museum in Saint Petersburg, Russia, is a massive museum of art and culture showing the highlights of a collection of over 3 million items spanning the globe. The collections occupy a large complex of six historic buildings including the Winter Palace, a former residence of Russian emperors.” – Touropia 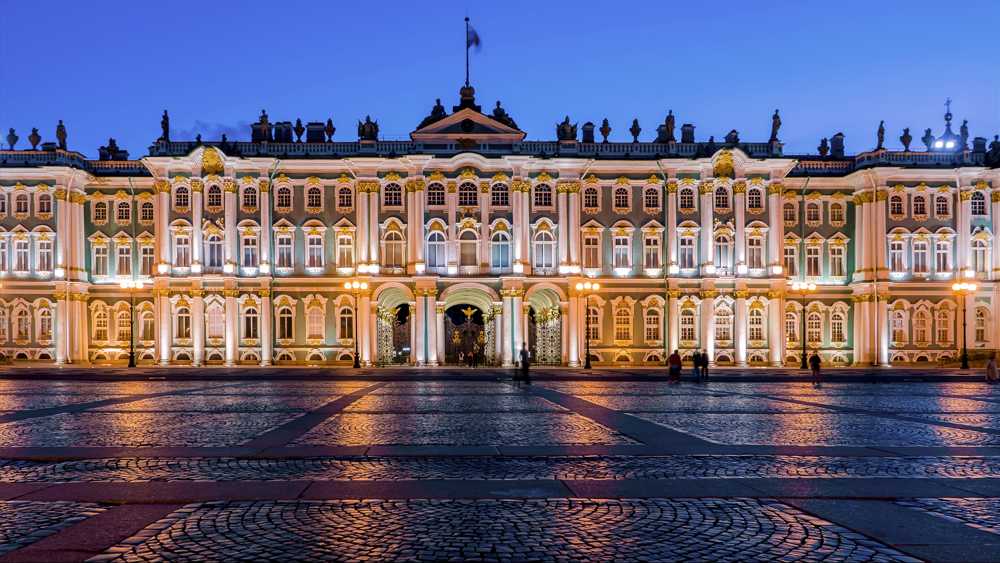 Lena Pillars is a natural park in Russia, conveniently located on the banks of the Lena river in Yakutia’s Khangalassky region, near the town of Pokrovsk.The beautiful stretch of elongated rocks continues for many miles, intricately piled along the bank of the river and cutting the deep valley of the Prilenskoye Plateau. The rocky poles reach their highest density between the villages of Peter and Tit-Ary, and their height reaches 100 meters. Many experts have agreed that the natural creation of these odd rocks formed about 540-560 million years ago. 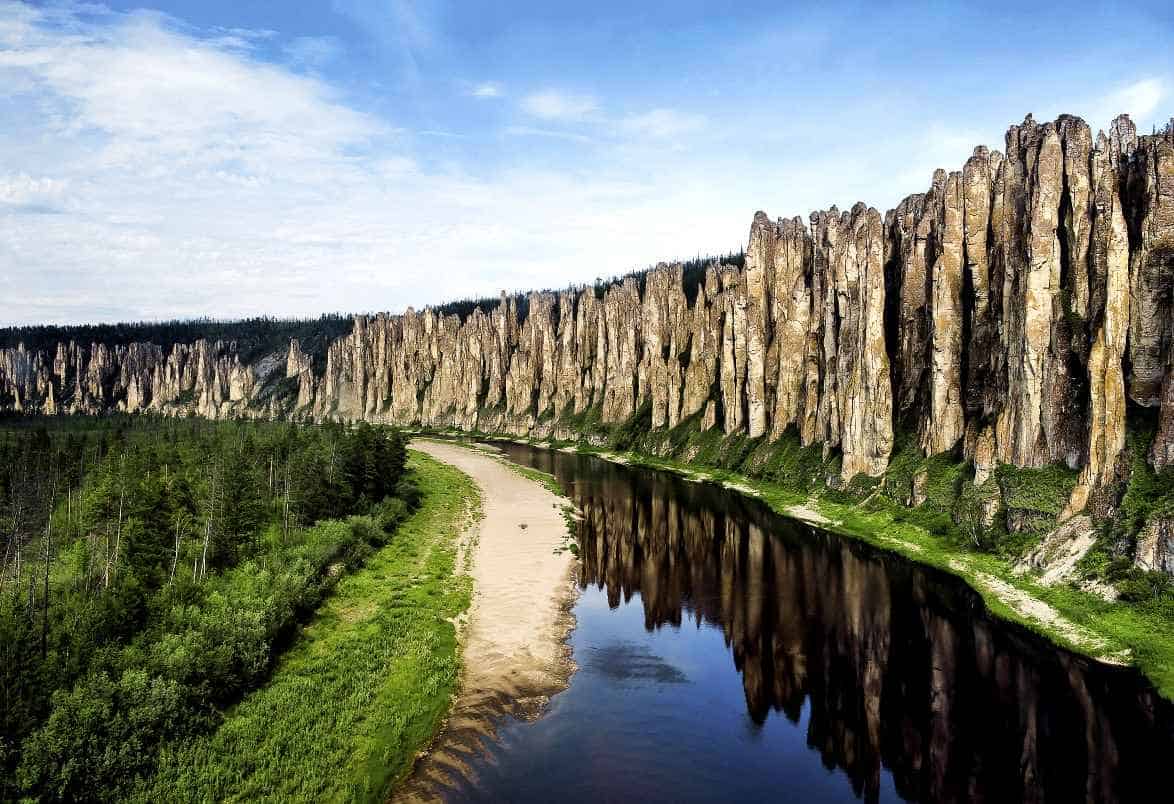 The bright teal roofs of the beautiful Mosque are hard to miss, it’s a landmark of history and religion in the Russian country. This complex structure is made out of more than one building, and it will take more than a few days to fully soak in all the details of the structure, so take your time and enjoy the view.

“The Kul Sharif Mosque built in place of the old mosque of the Khanate of Kazan that was destroyed in 1552 is the great symbol of Kazan and the Republic of Tatarstan. The mosque was named after Kazan’s last great Imam before Ivan the Terrible invaded and seized the city.” – Study in Russia 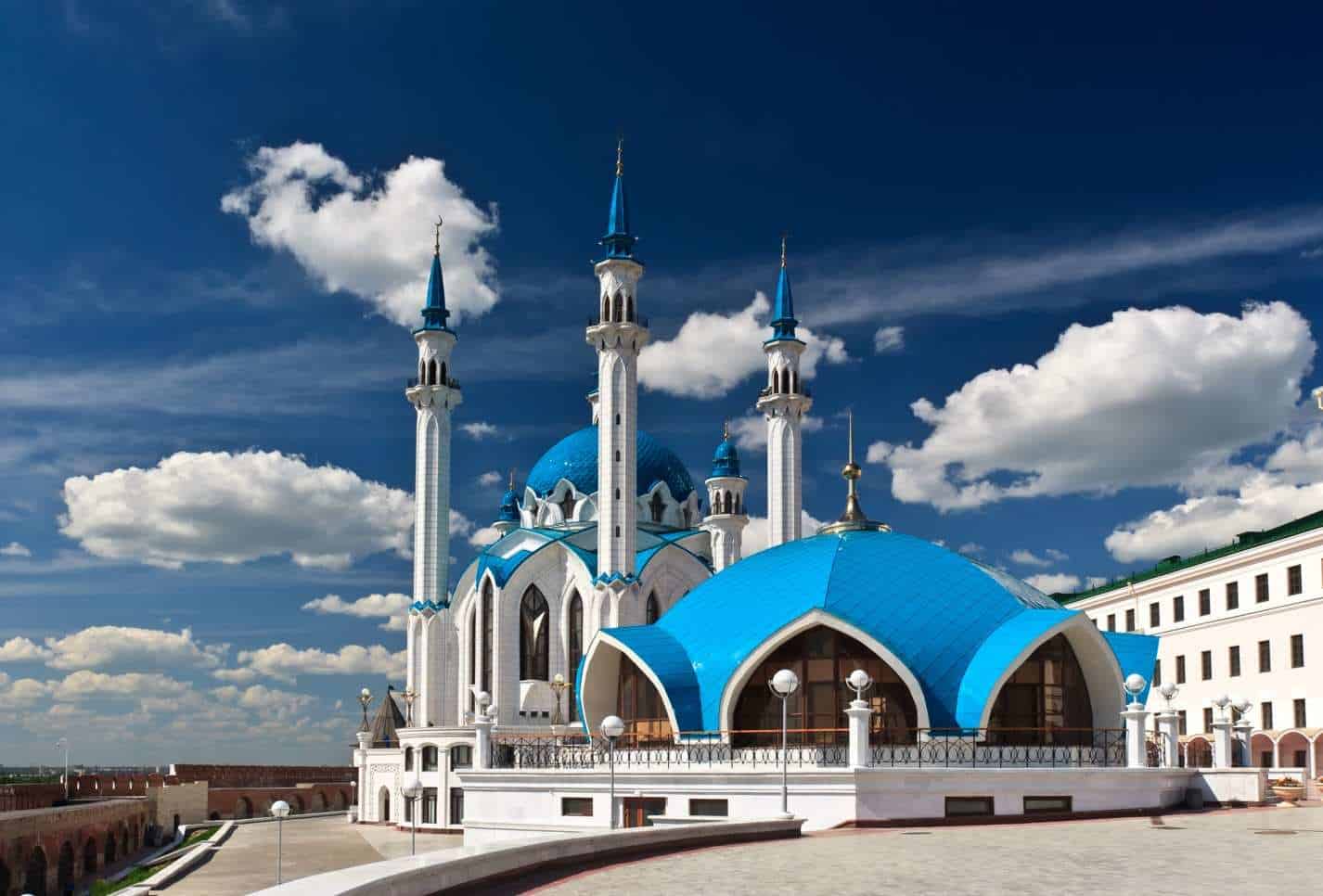 Sochi is known as the unofficial capital of Russia, and also as the Summer City of Russia – and as you can probably guess, this destination hot spot is tropically-inspired and really has a certain warmth to it, even if there is a chill in the air. If you decide to venture to Sochi for a vacation, you’ll be very thankful you did, not only because of the rich history, but also because of all the wonderful things to do around every corner of the city. According to Wiki Voyage: “Another paradox of Sochi is that the city, always associated in national mentality with south, palms, and hot climate, won the 2014 Winter Olympic bid. This phenomenon will probably never be understood by Russians completely: every place in the country has a real winter, but Sochi? The answers are the absence of harsh frost and the very promising Alpine resort of Krasnaya Polyana in the city area. A less pragmatic explanation is the lucky destiny of Sochi. The most famous Russian saying about the city is ‘If I could read the cards, I would live in Sochi.’ 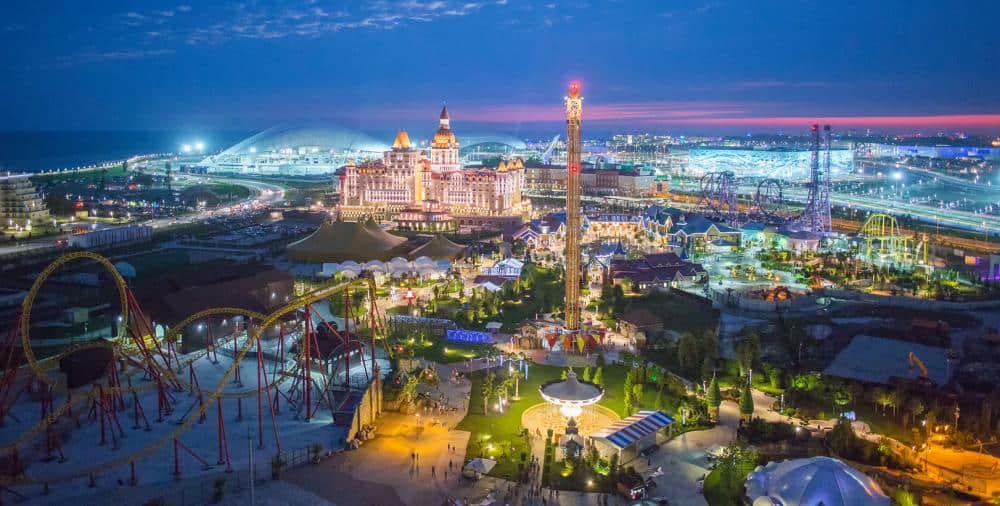 “Known as the cultural capital of Russia, the city boasts one of the finest art collections in the world at the Hermitage, with churches adding to the city’s magnificent art. Nevsky Prospekt is the city’s famous shopping and dining street.” – Touropia

This city is constantly striving to maintain its rich cultural roots. There are beautiful food stalls around the city, museums, historical sites, and a beautiful view to the Neva River. This is a city you’ll never want to leave, because every moment of the day there is something fun and exciting happening around every corner. 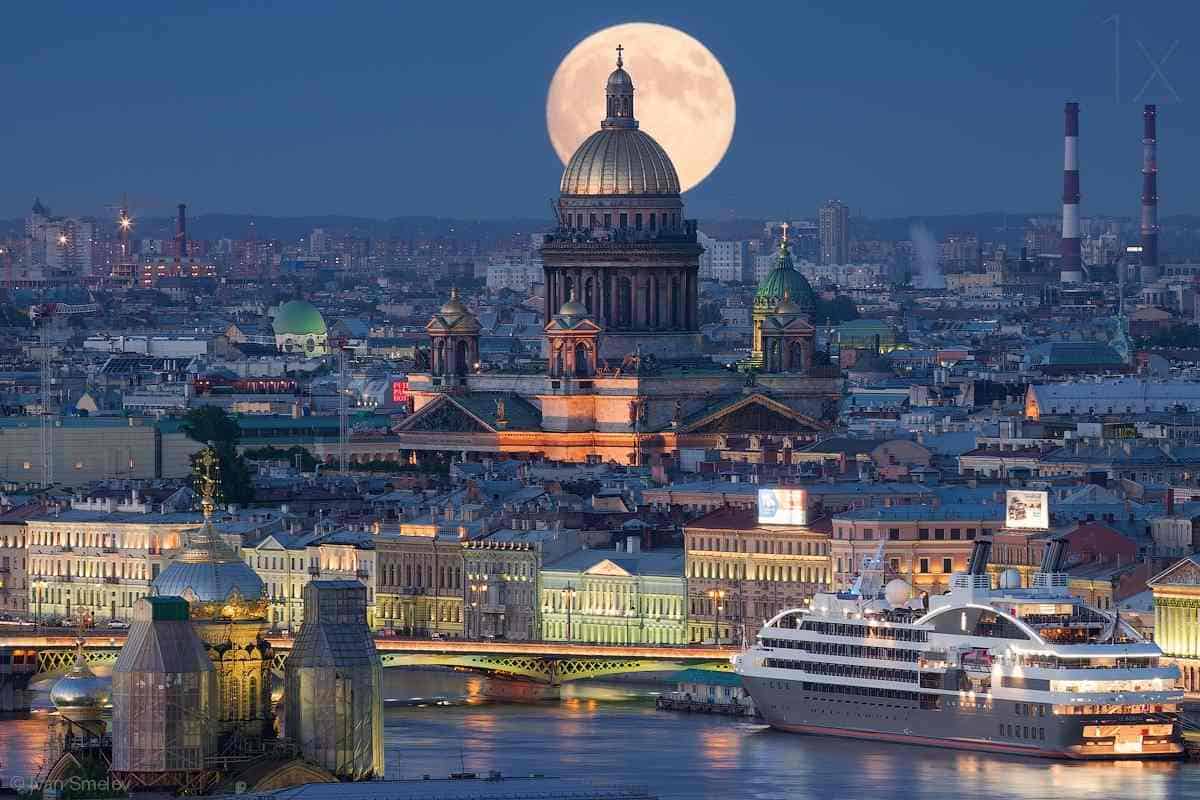 A beautiful coastline that sends forth more tropical vibes, even though the weather’s still chilly and the sea cool. The scenic views will shock you and will keep you in awe as you stare across the large gulf and the mountains in the distance.

According to the official Britannica, “The western coastlands of the Kamchatka Peninsula form a low plain crossed by many rivers and with extensive swamps, while the eastern coast is an alternation of broad gulfs and cliffed, mountainous peninsulas. A small geothermal power station uses underground steam and is in operation near the southern end of the peninsula.” 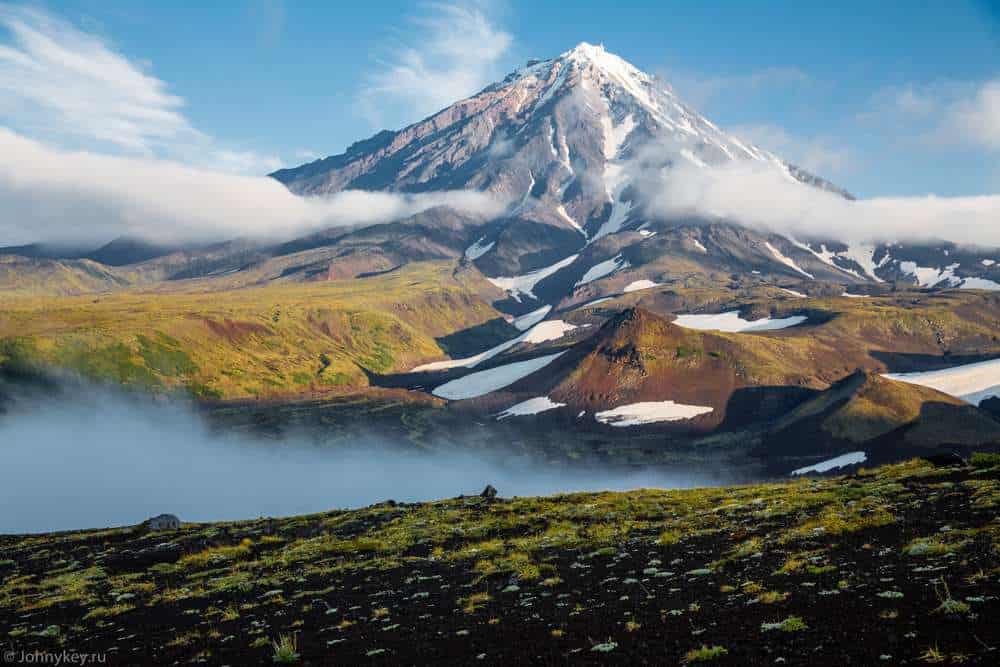 I hope you got value from this article: 10 Amazing Places in Russia. For additional information on moving overseas, please contact our office HERE. I have also included some articles that I’m pretty sure you will love!

Preparing to Live and Work in Russia

How to Succeed as an English Teacher in Russia