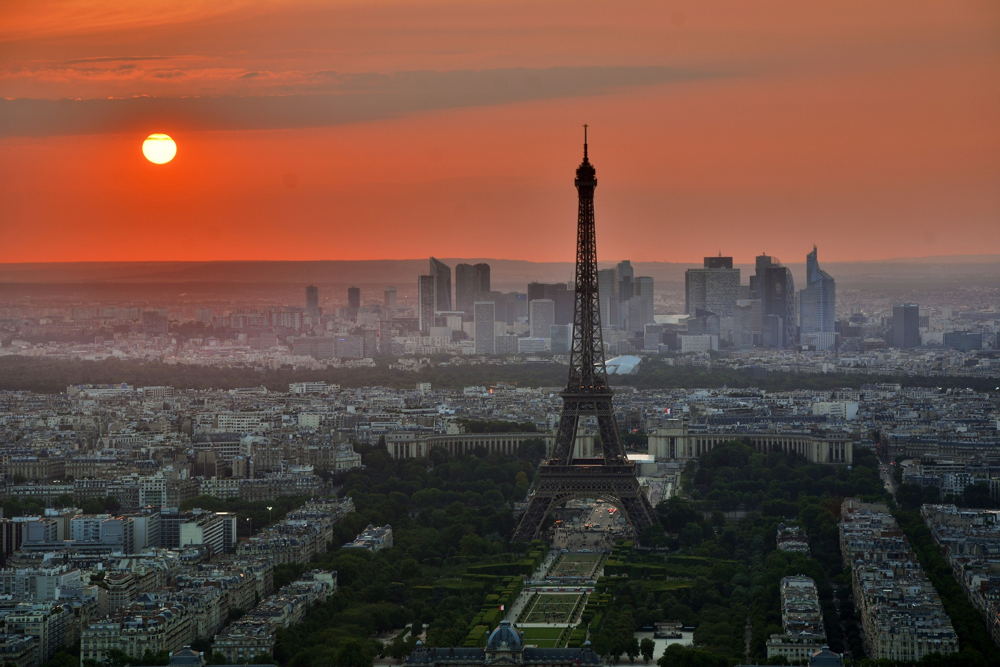 As the number-one country for tourism in the world, France is an obvious choice for those looking to move abroad to experience a diverse culture, romantic language, delicious food, beautiful landscape, a long history of art and architecture, and first-world amenities. France is a perfect location for your overseas living, working, or retirement dream!

France is considered as having a temperate climate, though the coastal south of the country, the elevated mountain areas, and the northeast can vary greatly. National winter averages range from 32°F to 46°F, while average summer temperatures range from 61°F to 75°F. The southern region of Provence has some of the most Mediterranean climates with the hottest summers. This includes cities like Cannes and Nice.

France is the world’s 6th largest economy, the 2nd largest in Europe. Because of this, France is an attractive location for foreign investors looking to diversify their portfolios abroad. With a very developed securities market, popular and lucrative ETFs, political stability, and some of the largest corporations in the world, France can be a low-risk opportunity for investors.

Setup costs are lower than in the U.S., Germany, or Japan for investors interested in starting a business in France. Business formation in France costs less than 1% of the average per capita income in the country, compared to a figure of around 9% for other G20 nations.

Ultra high net worth individuals are able to apply for an Economic Residency Permit, which grants them legal perks (residency for the family, fast-tracked permanent residency, citizenship after 3 years) if they can invest €10 million into the French economy. All other investors will need to go through the standard process of temporary residency in order to live or do business while investing abroad in France.

If you are planning on moving abroad to France long-term, it’s important to apply for a temporary French residency permit. This is done through your local French embassy or consulate in your home country.

Though the process and benefits are largely the same with each permit, there is some variation in the way you will be accepted, depending on your intentions in the country. Some of the common residency permit categories include: Employee, Self-Employed, Student, and Visitor. All are valid for one year, renewable annually. All methods of receiving temporary residency allow you to work in France after your move abroad, with the exception of the Visitor permit.

After five years of living abroad in France and successfully renewing your temporary residency permit (without leaving the country for more than six months out of every ten months), you can apply for permanent residency or even citizenship.

Permanent residency is valid for ten years before renewal and grants you most of the rights of French citizens, but it does not allow you to vote. You will lose your permanent residency status if you leave France for more than two consecutive years during each ten-year period.

Gaining a second passport is one of the most valuable things a person can do to protect their future. Fortunately for U.S. and Canadian citizens looking to gain a French passport (very valuable individually, as well as being a highly-prized gateway into the EU), all three countries allow for second citizenship – so you won’t have to give up any rights or passports from your home country.

There are a few different ways for expats to gain a second passport in France:

You can qualify for French citizenship through naturalization by maintaining your temporary residence permit for five years and proving that you have a grasp of the French language and have knowledge of French culture and the rights/duties of its citizens (a test will be given).

You can become a French citizen in only 3 years if you are able to prove that you are still married, your spouse retains his/her French citizenship, and that you have a good knowledge of the French language.

If you were born in France to non-French parents but have lived in the country for five consecutive years after the age of eleven, you can apply for French citizenship anytime after your 18th birthday. If one parent has French citizenship and has been living in France for at least five years, a minor can be naturalized.

If you have served in the French military, qualify as a refuge, have contributed “exceptional services” to France (subjectively deemed by the government), or come from a Francophone country and attended French school for at least five years, you can qualify immediately for French citizenship.

Once you meet the requirements for application of French citizenship, you’ll need to contact your local préfecture to set up the appointment. Aside from the application form, you will be required to pass an oral and written French language test, complete civic training, and attend mandatory classes relating to public services like healthcare.

Those holding a French passport have visa-free travel to 5 countries that U.S. and Canadian citizens need documentation for: Iran (visa on arrival for French nationals), Paraguay, Solomon Islands, Venezuela (Canadians can enter visa-free), and Vietnam.

In the Global Peace Index for 2016, France ranked 51st out of 163 countries studied. The country scored poorly in nuclear and heavy weapons threats and weapons exports, and moderately high in terrorism impact and perception of criminality. However, France ranked very impressively in homicide rates, intensity of internal conflict, political stability, political terror, deaths from external conflicts, and neighboring countries relations.

EA-Writer Nov 20, 2018
Even though some Americans might choose to retire in a relaxed beach somewhere in the Caribbean, others have a…

Residency Options for Living in France

EA-Writer Nov 20, 2018
Countries in Europe have made a strong statement creating a number of government programs designed to attract…

How to Retire in France as an Expat

Tyler Sorce Sep 12, 2017
For potential expats looking to retire overseas, France is probably on the shortlist of landing spots. While other…

Tyler Sorce Sep 12, 2017
Moving abroad as an expat in France can be an exhilarating experience. However, as with any exciting opportunity,…
SUBSCRIBE TO OUR PODCAST THE EXPAT MONEY SHOW
on Apple Podcastson Androidon Google Podcastson Stitcher
SUBSCRIBE
LOOKING TO GO OFFSHORE?