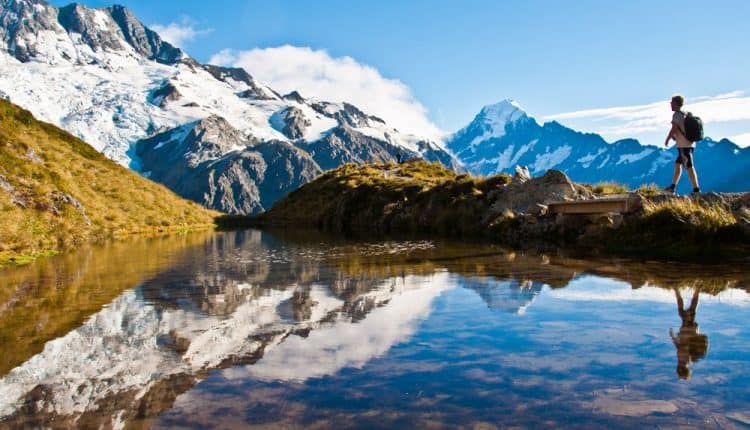 New Zealand is known as one of the world’s cleanest and most beautiful countries…if not the cleanest and most beautiful. Anyone who’s seen Lord of the Rings knows this, since that’s where the movies were filmed. The culture is a bit laid back, with a focus on good health and the outdoors. Those who choose to retire in New Zealand tend to do so because of a mix of those traits. Many who visit end up wondering how they could stay.

Most likely, if you’re seeking to retire in New Zealand, you’ll want to opt for the Temporary Retirement Visitor Visa. This visa is valid for two years and can be renewed. You have to be 66 or older to qualify for this visa in New Zealand, and you have to meet some pretty stiff financial specifications. In order to be considered for approval, you must have:

This visa, once approved, includes your partner and allows travel in and out of the country at your leisure. It does not include any dependent children. There are also two other types of visas that could work for you – the investment visas or the entrepreneur visa. The entrepreneur visa would require you to work for a few years before allowing you to retire. For the investment visas, there are two options: Investor 1, which requires an investment of NZ$10 million ($6.5 million USD), and Investor 2, which requires a lower investment of NZ$3 million ($1.95 million USD) that can be made in installments over the course of four years. The catch for this one is that it has an age limit of 65 years for the applicant.

The cost of living in New Zealand is comparable to many U.S. cities, although not quite so expensive as New York City. A typical meal for two in a mid-level restaurant with three courses will run at around the $55 USD mark. Basic utilities are about $120 on average and rent in the capital city of Wellington for a one-bedroom apartment costs about $1,100 per month. A one-bedroom outside of the city would be about $900, and a three-bedroom apartment within the city would be $1,900, or $1,500 for three bedrooms outside of the city.

These prices probably aren’t much different than what many residing in the United States are already used to, if they are living in the busy metropolitan areas. Of course, there are pros and cons to this. The pros are that you’re already used to this level of costs for everyday living, so you know what you’re getting yourself into. The cons fall into the desire to retire in a place that’s less expensive so you can stretch your pension, or even live a bit of that luxury high life you dreamed of while you were working so hard to get there. When it all comes down to deciding whether or not to retire in New Zealand, it’s important to consider what you’re getting in return for those costs.

Best Communities for Those Who Want to Retire in New Zealand
New Zealand is home to a plethora of communities for expats. Most countries have just one or two, sometimes three, cities that are widely known among expats and popularly chosen as new hometowns. New Zealand has closer to 10 of those. Let’s talk about two of the main ones for now.

Queenstown is the most popular expat destination in New Zealand. It is a town in the South Island, and like most of the rest of the country, it is known for its gorgeous landscapes. This town in particular has a heavy focus on mountains and lakes. It features outdoor activities all year long, to include some of the country’s best skiing in the winter. It has recently surpassed Auckland as the country’s most expensive city, so that’s something to watch out for.

Rotorua has a much different feel. It is a tourist hotspot, as is Queenstown, but it is also known for having year-round warm weather, so it’s a great destination for those avoiding winter. It’s located on the North Island in an easily accessible central location, where it’s only a 2.5 – 3-hour drive to most other cities.

Want more information about retiring in New Zealand? Contact us below:

How to Stay Happy and Healthy After You Retire?