Where are Expats Living in Germany? - Escape Artist 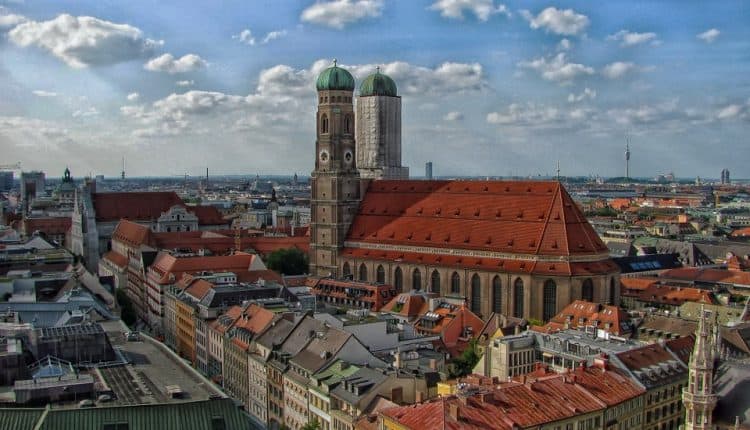 As one of the safest countries in the world, Germany is home to many retired expats. It is ranked 16th out of 163 countries surveyed for the 2017 Global Peace Index, and its location is perfect for anyone looking for quick access to other European countries. The country is relatively large compared to some of its neighbors, which means you should be able to find a city there that suits you well, too. It all depends on where you choose to live, of course, which begs the question: Where are expats living in Germany?

Munich is a well-known modern, cosmopolitan city. It is highly popular among expats settling in Europe in general. The wide international presence in Munich allows for expats to feel a little more at-home when first arriving, especially if they don’t speak much German. Since English is not widely spoken, however, it would be advisable to learn the German language.

The cost of living in Munich is not cheap, so if the price tag is the most important aspect to you, this may not be your city. Then again, if you’re moving from a city like New York, LA, or Washington, D.C., the prices may be more affordable than what you are already used to. A one-bedroom apartment in the city center will cost $1,200 – $1,300 USD to rent per month. Outside of the city center, you’re more likely to find the same type of apartment available in the $900 range. For a three-bedroom apartment in the city center, you’re looking at around $2,500 per month, or around $1,800 outside of the city center. Basic utilities will run you about $200 per month. What you’re paying for here is great healthcare, great education, great transportation and lots to see and do in an upscale, urban community.

Many expats living in Germany choose the less expensive Dusseldorf if Munich is too much. Dusseldorf is is a much smaller city, with a population of under 500,000. Also a very international city, Dusseldorf is home to many Japanese, Dutch, British, American, French, Turkish, and Chinese citizens, giving the city a rich ethnic culture. It is known for being a great place for business, with very low tax rates and a skilled and educated workforce.  You can have a different atmosphere in Dusseldorf based on which neighborhood you choose. There is Bilk, the most popular neighborhood, known for being artsy and upscale, The Hafen, which is the booming part of Dusseldorf, growing very quickly, Pempelfort is known for being a singles area full of museums, galleries, boutiques, etc…and so on. There are lots of features to Dusseldorf, so be sure to check between them before making your final decision about this city.

Frankfurt has a central location within Germany, which is always good if you want easy access to other cities. The expats in Germany who flock to Frankfurt usually do so because of its rich history, its international presence, or because it’s the largest financial center in the world, home to the European Central Bank. Much of Frankfurt was damaged during WWII and later rebuilt, and you can visit Old Town to see remnants of the city’s past architecture. The Old Town is also the home of the city’s famous Christmas market.

The cost of living in Frankfurt is comparable to that of Dusseldorf, even with all there is to see, do, and appreciate about the city. A one-bedroom apartment in the city center will be about $1,000 or less, while one-bedroom apartments outside the city center can be under $800 USD per month. Three-bedroom rentals are a bit pricier, running closer to the $1,500 – $2,000 range.

Germany’s capital city must, of course, make this list. The city dates back to the 13th century. For history buffs, this city has a lot to love, with remnants of the Berlin Wall, the Brandenburg Gate, and the Reichstag building. While Berlin is popular among the tourist population, it is said that those who visit never want to leave, with one in every five residents being an immigrant.

With so much to see and do, and so much rich history to explore, it’s actually surprising how affordable this city is. It is one of the cheapest capital cities in Western Europe, where rent in the city center is under $1,000 per month for a one-bedroom apartment and three bedrooms is less than $2,000 per month. Expats living in Germany choose Berlin for these reasons, and it has a stellar reputation for being well-loved among its expat community.

Other popular cities for expats can include Leipzig, Heidelberg, Hamburg, Cologne, and more. Be sure to check out each one before making your final choice if you’re moving to this country!

I hope you enjoyed reading: Where are Expats Living in Germany? If you would like further information on moving to Germany, please contact our office HERE.  I have also included a few additional articles about Germany.

Teak in Nicaragua: Better Than Gold