What You Need To Know To Move To Germany - Escape Artist 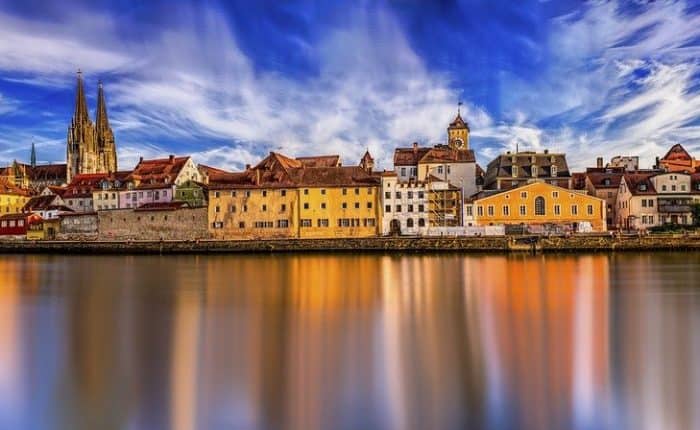 Germany is one of the most advanced economies in the world. As one of the leading nations in the European Union, there’s a lot of political clout that comes with a German passports—not only because it’s a European passport but because it’s a German passport. If you’ve made it to Germany, then that’s great but if you’re thinking about moving—you might need some help. European citizenship are a little difficult to attain because these guys are pretty intense about the naturalization process. Compared to those golden visas handed out by countries like Cyprus and Portugal, it’s a bit of a hassle getting a German passport. For all the trouble though, it’s still worth the effort.

I’m writing out this blog to help people understand the ways in which they can get a German residency, the opportunities they will find there and what they should know before they go. A lot of clients of mine have come to ask me this question and I just thought if this many people are wondering this—then I should probably write about it.

The Process To Acquire German Citizenship

Citizenship By Right Of Blood And/Or Land

Similarly, you can also qualify for German citizenship if you were born on German land. There are certain regulations that govern whether you qualify for citizenship by right of land like living for a minimum time in the country.

You could alternatively also marry a German citizen to get the German citizenship if you’ve been married for at least two years and lived in Germany for three years.

Can You Have Dual Nationalities?

As a non-native German citizen, you can’t keep any other citizenship besides German. There are certain exceptions, which include:

The Financial Potentials In Germany

As I said before, Germany is one of the most economically prosperous countries in the world. As part of the European Union, you can pretty much set up shop in any European country and enjoy the best financial services in the world. The country also has one of the most convenient tax systems in world. The German economy leads the world in the production of automobiles, aeronautics and many other high-tech capital goods. Additionally, cities like Munich are the commercial centers of much of the financial activity in the world and across Europe.

Some of the salient features of the tax system include:

As the center of European politics, Germany has one of the most intellectually rich cultures in the world. Because of the country’s Teutonic roots, you’ll find plenty of medieval architecture and a pleasant overlap between the old world and the new. Berlin, especially, is one of the most culturally diverse cities in the world with people coming in to settle from all across the world. For all the cultural diversity in Germany, you can tell that the German people have preserved much of their tradition and conventions—which is honestly one of the most welcoming things about the country.

If you’re thinking of moving to Germany, I heartily encourage you to apply. The country is possibly one of the best countries to live in, owing to high standards of living, the culture and the financial services at your disposal. The German passport is one of the strongest passports in the entire world, giving you access to nearly every country in the world including the European Union.

With a German passport under your belt, you will probably enjoy more freedom than any other nationality in the world.  As a perpetual traveller, it pays to have such a passport because there is an infinite number of possibilities that these passports can open up for you.

If you’re looking to learn the German language, then you should get in touch with my associates at iwillteachyoualanguage to train under some of the most qualified language teachers.

I hope you enjoyed reading: What You Need To Know To Move To Germany. If you are ready to move to Germany and require additional information, please contact our office HERE. Also, I’ve included a few articles about German Residency that you will love: