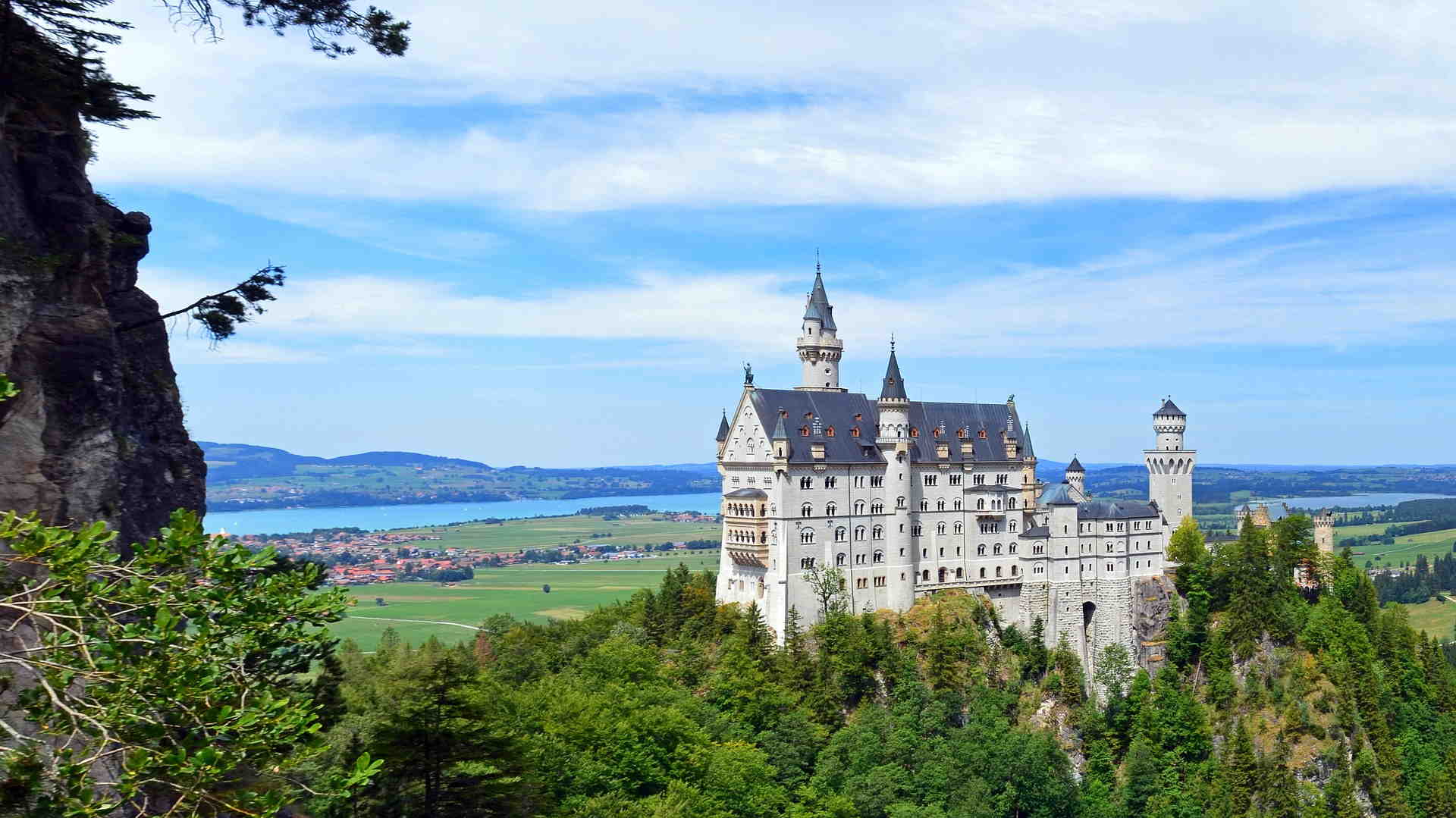 Germany runs rich with history, culture, and natural beauty. The small towns and historic cities will pull you in and you will never want to leave. No matter where you find yourself, you will have many wonderful sightseeing, recreation, and metropolitan options.

The Rhine is one of Europe’s most beautiful and important waterways. The river stretches from Switzerland through Germany to the Netherlands, with a total length of 1,320 kilometers. There are many places to enjoy the river in Germany, but none are as beautiful as the Upper Middle Rhine Valley. Along the 65-kilometer stretch of the river features 40 castles and nearly 60 medieval towns to explore.

Among the towns along the river is Cologne, which is a popular starting point for travelers. Here you can see the towering Cathedral of St. Peter and St. Mary. Known as Kölner Dom, the beautiful building is one of the valley’s more impressive landmarks. The High Gothic structure is also one of Europe’s largest cathedrals.

2. Miniatur Wunderland and the Historic Port of Hamburg

In the historic Port of Hamburg you can find the Miniatur Wunderland, the world’s largest model railway. This is a tourist attraction for the traveler of any age. This model features 890 trains with sections dedicated to the U.S., Scandinavia, and Hamburg. There are also more than 300,000 lights and 200,000 human figures. 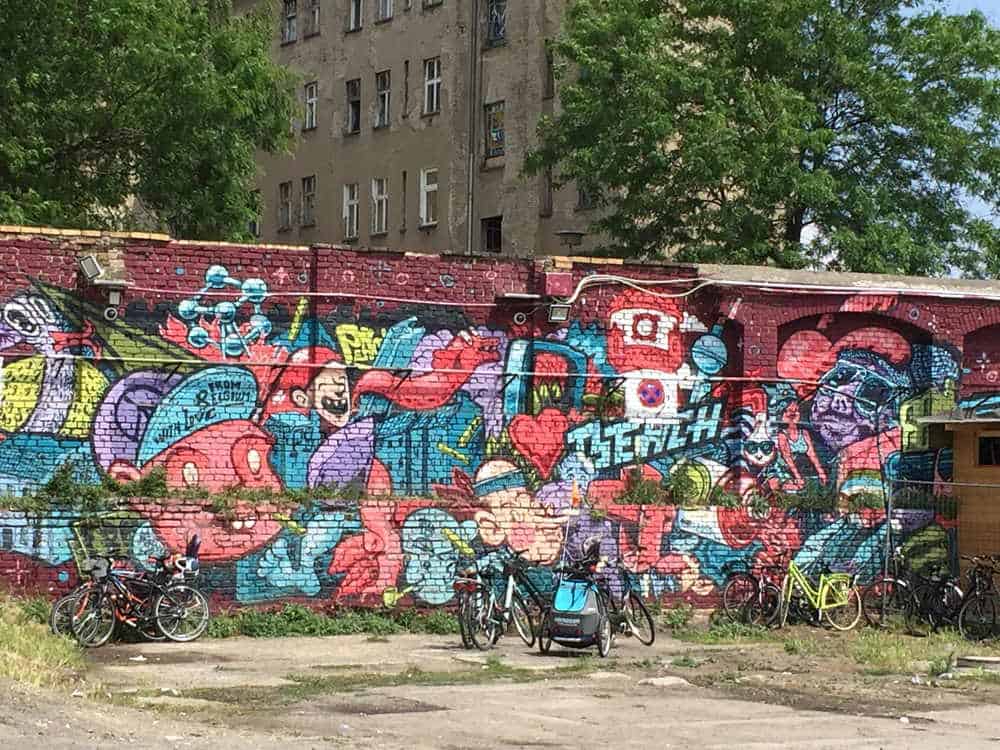 Though this may not be the most beautiful place Germany has to offer, the remnants of the Berlin Wall should be a staple in your German travels. The 155 kilometer wall was constructed in 1961 and remained a visible manifestation of the Cold War until it was torn down in 1990. Today there are only small, graffiti-covered sections, acting as monuments to the more than 70 people who lost their lives trying to escape from the East. Some famous pieces of the wall include Checkpoint Charlie and a section where all the victims are listed. There is also a nearby Berlin Wall Exhibition and the Berlin Wall Memorial. 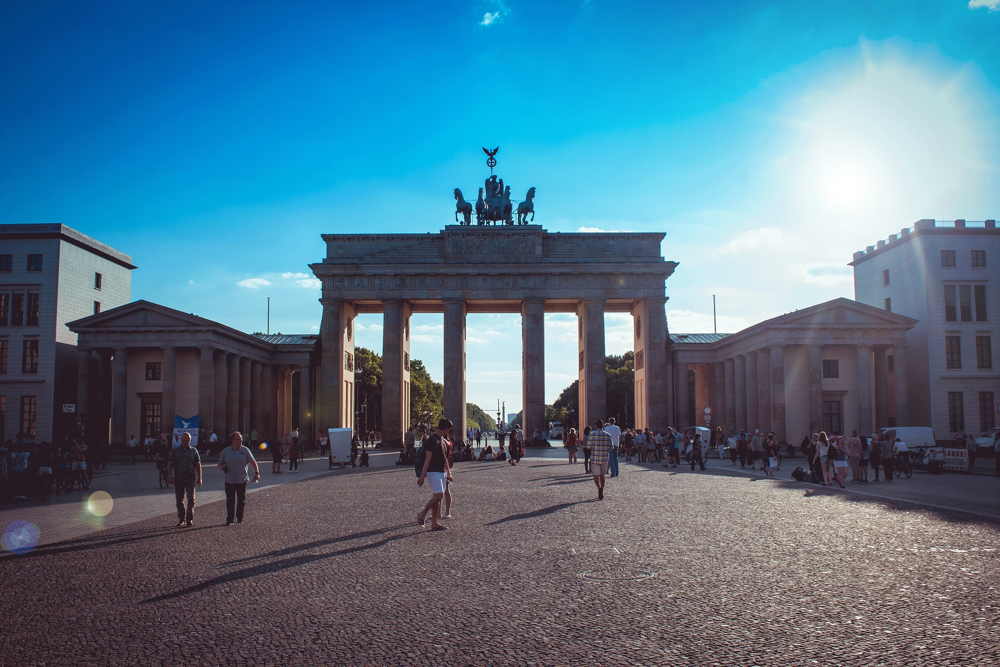 The Brandenburg gate was built for King Frederick William II in 1791, modeled on the Acropolis in Athens. The 26-meter-high, sandstone structure includes a four-horse chariot perched on top of six large columns. This is Berlin’s most iconic structure, and was once part of the Berlin Wall. For decade it symbolised the divide between East and West Berlin.

Museumsinsel, or Museum Island, sits between the River Spree and the Kupfergraben. The island is home to many of Berlin’s oldest and most important museums. The walkable island features the Old Museum, established in 1830, that displays royal treasures; The New Museum; the National Gallery; the Bode Museum, and more. There is so much to visit on this island that it cannot be seen in just one day. 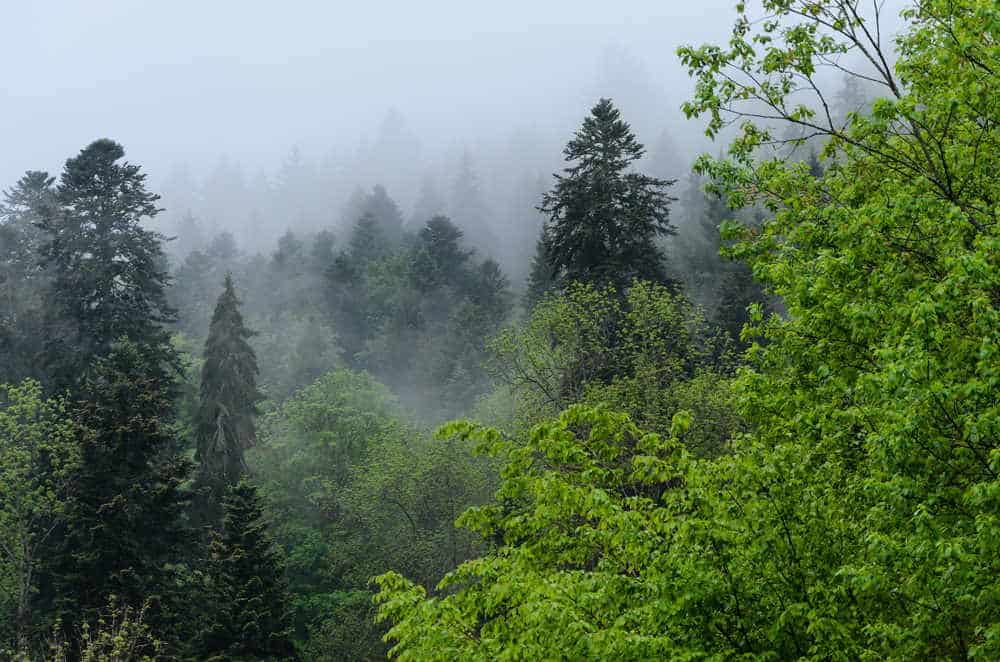 This famous forest has been the setting for countless Grimm Brothers fairy tales and has an interesting history as a long-disputed border between Germany, France, and Switzerland. The dark, dense woods is one of the most visited regions in Europe. The forest is a hiker’s haven. On the west side, the forest descends to the Rhine. To the east, it gently slopes down the upper Neckar and Danube valleys. The area also houses Todtnau, Germany’s oldest ski area. 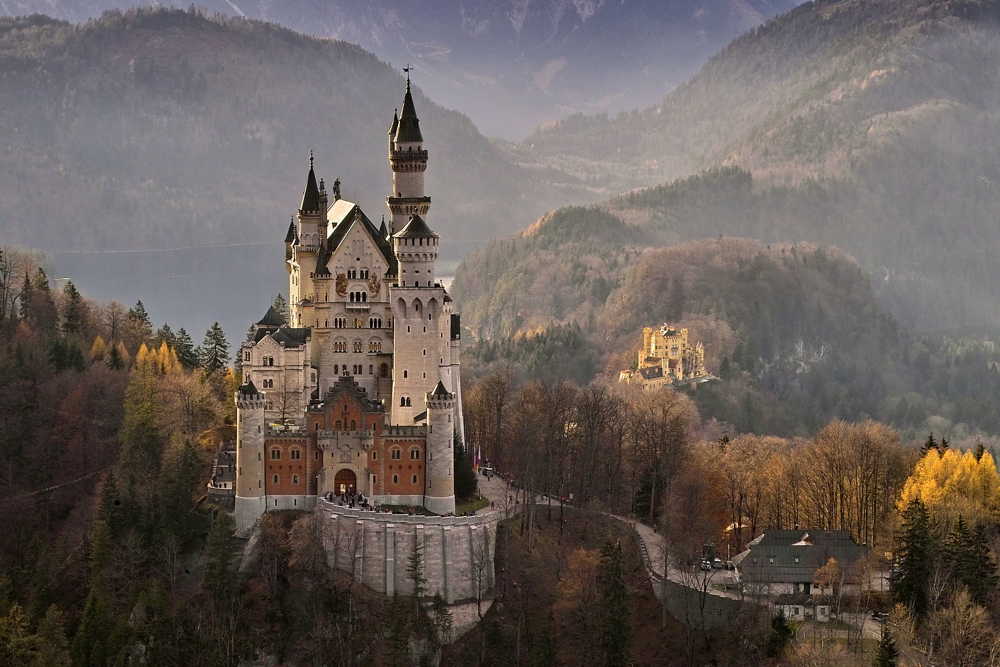 In the old town of Füssen, between the Ammergau and Allgäu Alps, sits the Neuschwanstein Castle, one of Germany’s famous royal castles. King Ludwig II of Bavaria built this fantasy fortress with many towers. This castle inspired the famous castle found in the Disney World Magic Kingdom. There are many different tour options to choose from, including tours of the interior through the Throne Room, the Singer’s Hall, and some magnificent views of German natural beauty. 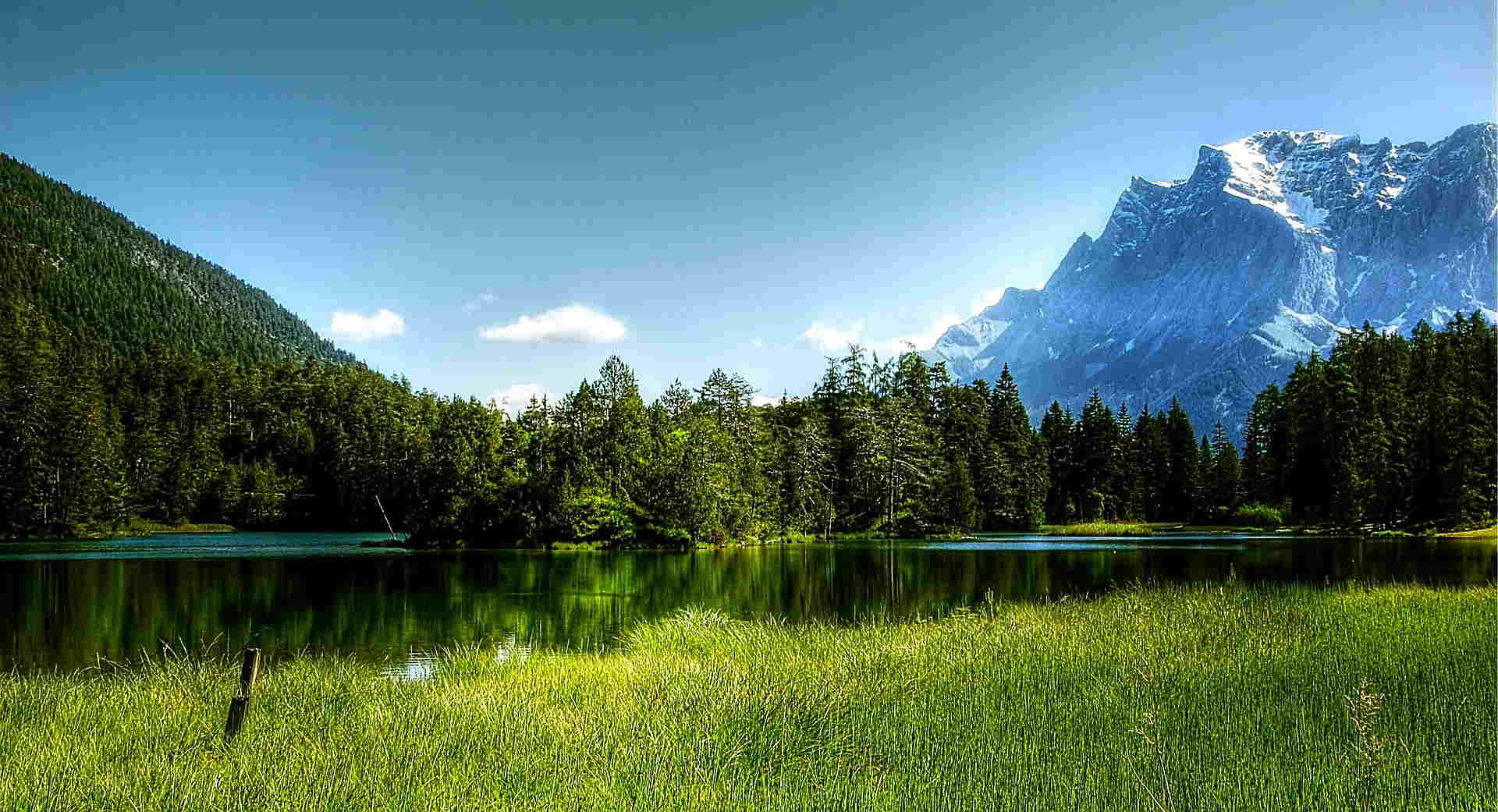 Located in the Wetterstein mountain range, the Zugspitze massif sits between Germany and Austria, surrounded by steep valleys. At 2,962 meters, the eastern summit is marked by a gilded cross. The summit can be reached by the cog railway

Bayerische Zugspitzbahn, or by cable car.

You can also take the Tiroler Zugspitzbahn, a railway that travels to the Zugspitzkamm station at 2,805 meters. From there, head to Zugspitz-Westgipfel Station by cable car to enjoy an amazing panoramic restaurant.

Rügen is the largest of the German Baltic Islands. The island is separated from the mainland by the Strelasund and linked to it by causeway that takes you to the town of Stralsund.

The island finds it’s beauty in a diverse landscape, from farmland and rich forested hills to beaches, lagoons, and peninsulas. Some noteworthy areas are the Jasmund Peninsula that reaches 161 meters and the Stubnitz beech forests. You must also visit the small resort town of Putbus. 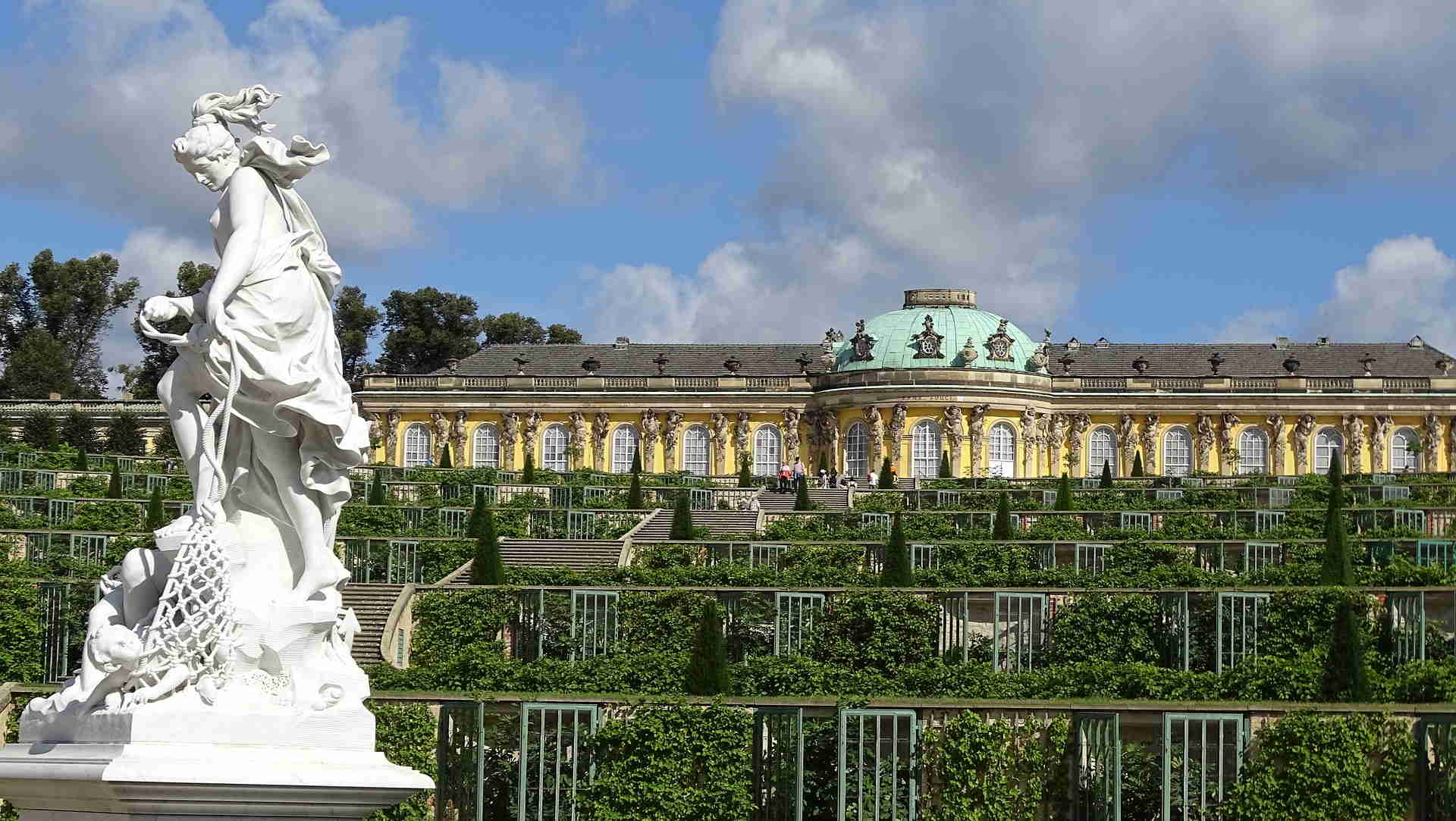 Built between 1744 and 1756, the Sanssouci Park is one of the most celebrated example of Potsdam Rococo. The park features a Baroque flower garden, more than 3,000 fruit trees, and numerous greenhouses.

The park buildings are fun to explore, as well, including the Picture gallery, the Chinese House, and the Roman Baths.

The Palace is a single-story Rococo building with an elliptical dome in the center and a circular room at each end.

The Do’s and Don’ts of Oktoberfest in Munich

Buying on Margin in an IRA